A vertical imagination of luxury and space

Home Blog A vertical imagination of luxury and space 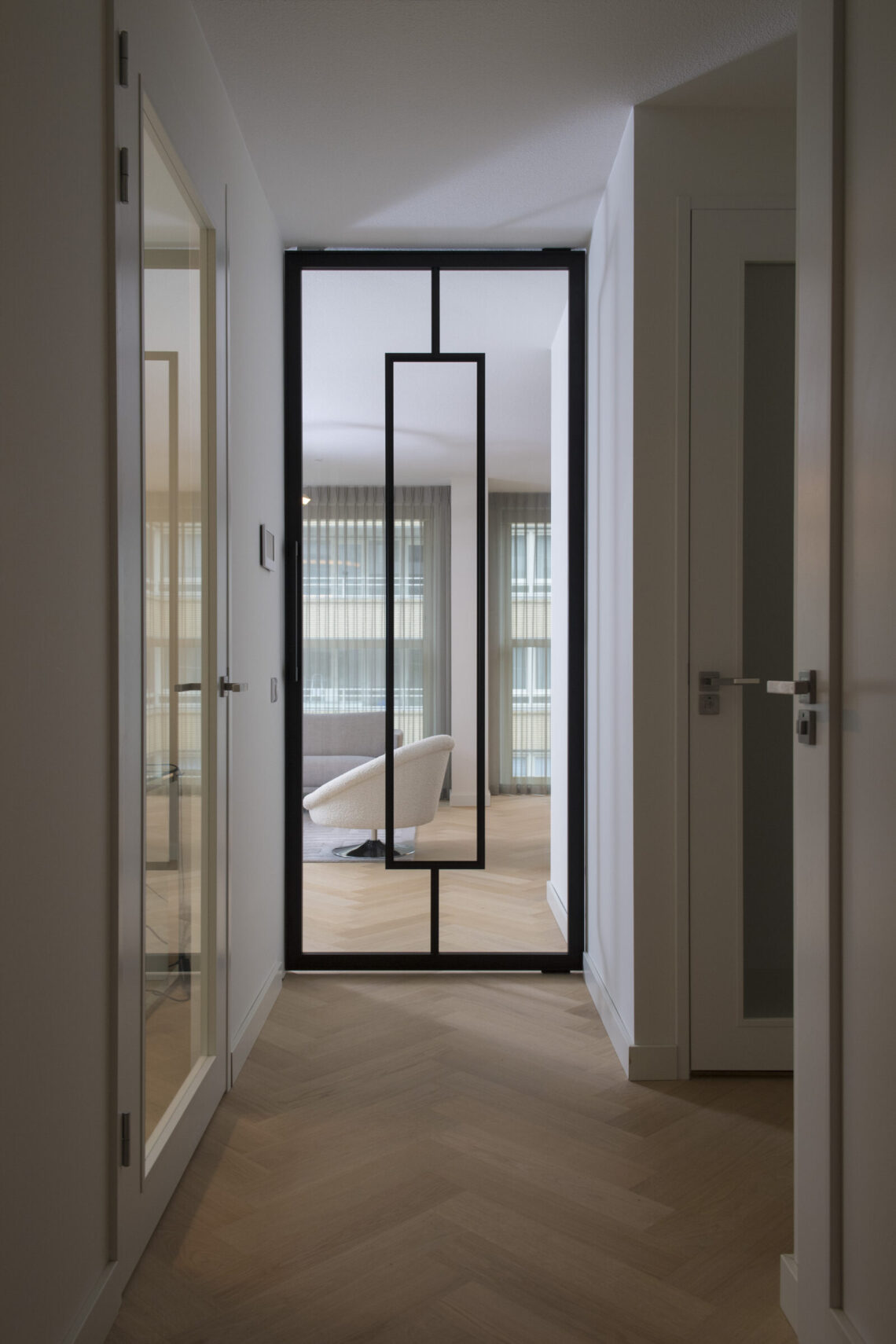 A vertical imagination of luxury and space, that's how Dennis and Marios' pivot door is best described. With an eye for detail and proportions, they designed their own TWIN DOOR, a door that subtly brings the hallway into the living space and enhances the interior design.

The Grid - the apartment complex - which Dennis and Marios moved into in the spring, was designed by KCAP as a modern translation of an early 19th century luxury hotel. Without knowing the architect's principles, the new residents sensed that atmosphere. They themselves describe their home as luxuriously minimalist. But the classic lines interspersed with statements such as brass lamps almost embody a gesamtkunstwerk where architectural elements, decoration and interior design form one creation.

They themselves say of the eye-catcher that connects the living room to the corridor, "From the sofa, we look through the pivoted door into the nine-meter-long hallway, optically enlarging the space. As a result, the reception area has also become part of the interior. On the one hand because of the absence of window frames, but also because the door adds design.'

It was Marios who became inspired by pivot doors on the Internet. 'He saw how - by choosing a pivot door - we could shift the accents of the space in terms of both length and height. And ... he also immediately had this design in mind.' A design not found in standard collections and tailored to the interior. 'That's why we chose TWIN DOORS. Not only did they think along, they received our own design with great enthusiasm. Even the extra costs were not too bad.' That's because TWIN DOORS are 100% Dutch-made, which means they offer more technical options and can provide customization.

The fact that TWIN DOORS are made of aluminum brings many advantages in Dennis' eyes. 'The hinge points are shallow, so no piping had to be moved.' And the strength allows a plane of glass - it is supported by only a vertical style - to be placed in the center of the door.

Dennis and Marios paid particular attention to the relationship between the glass and steel and the height of the central glass surface. 'That listened closely. The vertical style could not be too short or too long. So we first hung the door outlined on the wall. The 30 centimeters at the top and bottom are in perfect proportion to the horizontal plane division which is about 30-30-30. As a result, the proportions are right and you get the best result.'