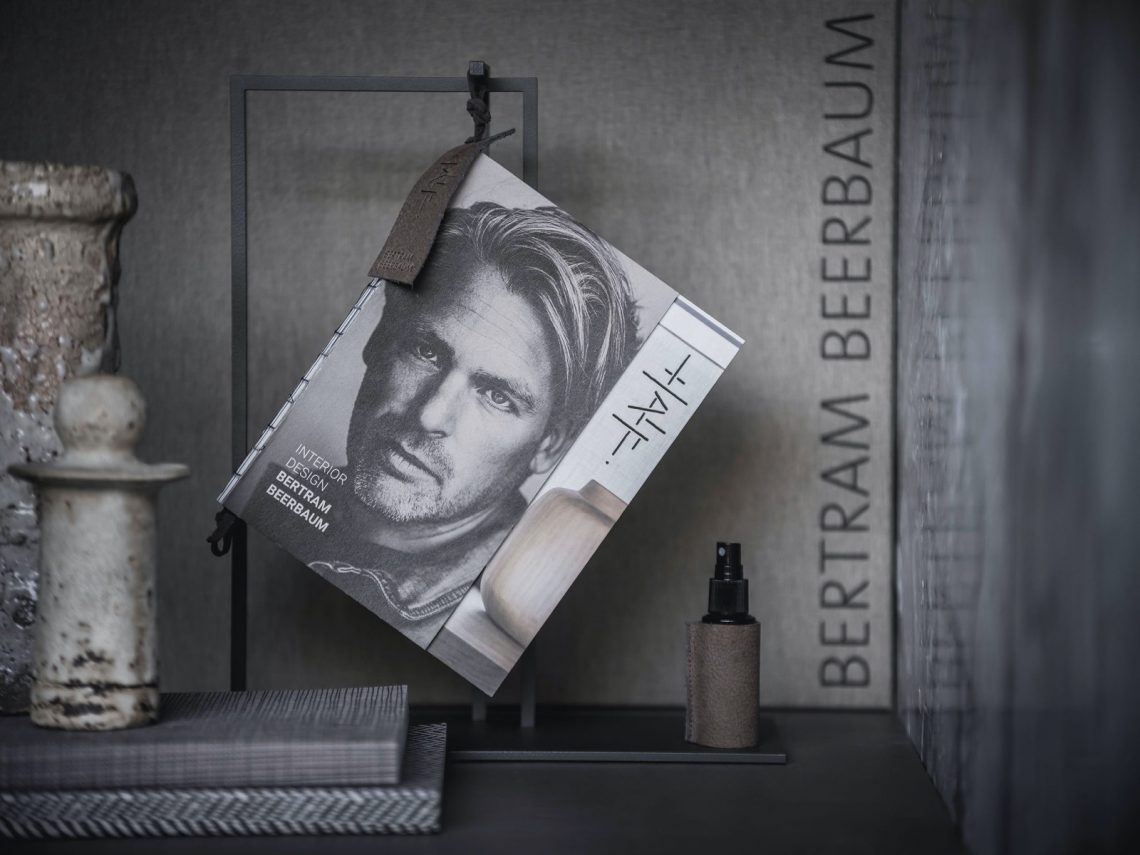 "HALF Interior Design showcases the philosophy, creativity and craftsmanship of Bertram Beerbaum and his team at architectural firm Kabaz."

Bertram Beerbaum launches his first interior design book HALF Interior Design on Feb. 11. The book is intended as a stand-alone design piece, designed to be included in an interior as a coffee table book, in a beautiful cabinet or free on a side table.

The book's material, open spine, leather label and design sketches on chalk paper maximize the experience. 372 pages for the ultimate in design inspiration - from a six-meter-high modern kitchen in a characteristic Rotterdam building, a loft apartment in a transformed dairy factory to an imposing entrance to an office complex on Keizersgracht. Featuring thirteen national and international projects, including two European Property Award-winning ones, the book echoes the power and creativity of Bertram Beerbaum and Kabaz.

HALF Interior Design
For Beerbaum, the foreman of architectural firm Kabaz, the credo is "one plus one is three. The whole is more than the sum of its parts. This is the common thread running through Bertram's career. Where most designers go for soloism, Bertram instead seeks collaboration, knowing that this ultimately leads to a more beautiful and creative result. Hence the word "half" in the title of this book. Without input from others - clients or colleagues - it is only half finished and half as good.

The design process
Half inspiration, half decoration. A book about design is not yet a design book, according to Bertram Beerbaum. Only when the famous Helmut Newton book sits on its stand in a nice spot in the interior and lies open on a pretty page, is it art, according to the designer. And that's what Beerbaum wants to achieve with HALF Interior Design.

"When a well-known publisher asked me if they could make a book about my work, I knew it had to be at least slightly different. The book itself is only half of it, so I had to create an interior around it, was my first thought. I had to design at least a cabinet for it to stand in or a table to lie on," said designer Beerbaum. "The publisher became less and less enthusiastic. Then I thought that the book could occupy a special place among other books by hanging it with a leather lace on a special stand. That would make it a design book for me. Just another double cover (half my own head and half an interior), a beautiful handmade cassette around it, a few hand-torn chalk sheets sewn into it and a section on tissue paper about my life and my vision. The book was deemed unaffordable by the publisher and he dropped out. In the end, a whole team of us literally tore, folded, cassettes molded, spray-painted, molded, plastered ourselves and invented the wheel when it came to publishing a book with HALF Interior Design as the end result."

Willem Baars, journalist and editor-in-chief of JFK Magazine wrote the texts for HALF Interior Design. "That Bertram Beerbaum is a gifted designer and that his work is distinctive, I knew even before I was allowed to get involved - in a modest way - with this insanely beautiful book. When he explained to me at the beginning of the process what the title HALF Interior Design he came up with stands for, it immediately appealed to me. A relief to work with someone who seeks collaboration rather than rejection," Baars said. The editor-in-chief of JFK Magazine has also experienced this firsthand.

In putting the book together - and not just the textual part, which is his expertise - he was involved in all the processes. "My opinion was regarded very highly. I have rarely experienced that in my career. All the more so since Bertram also had a very clear idea about what he wanted and especially did not want with this book. Now, about seven months after the initial discussions, the book is here. That it would be beautiful and unique I knew from day one because the designer is a man with a very clear vision and an equally clear goal. But that it would become so impressively beautiful, I had not dared to hope. I am proud to have been able to contribute to this."