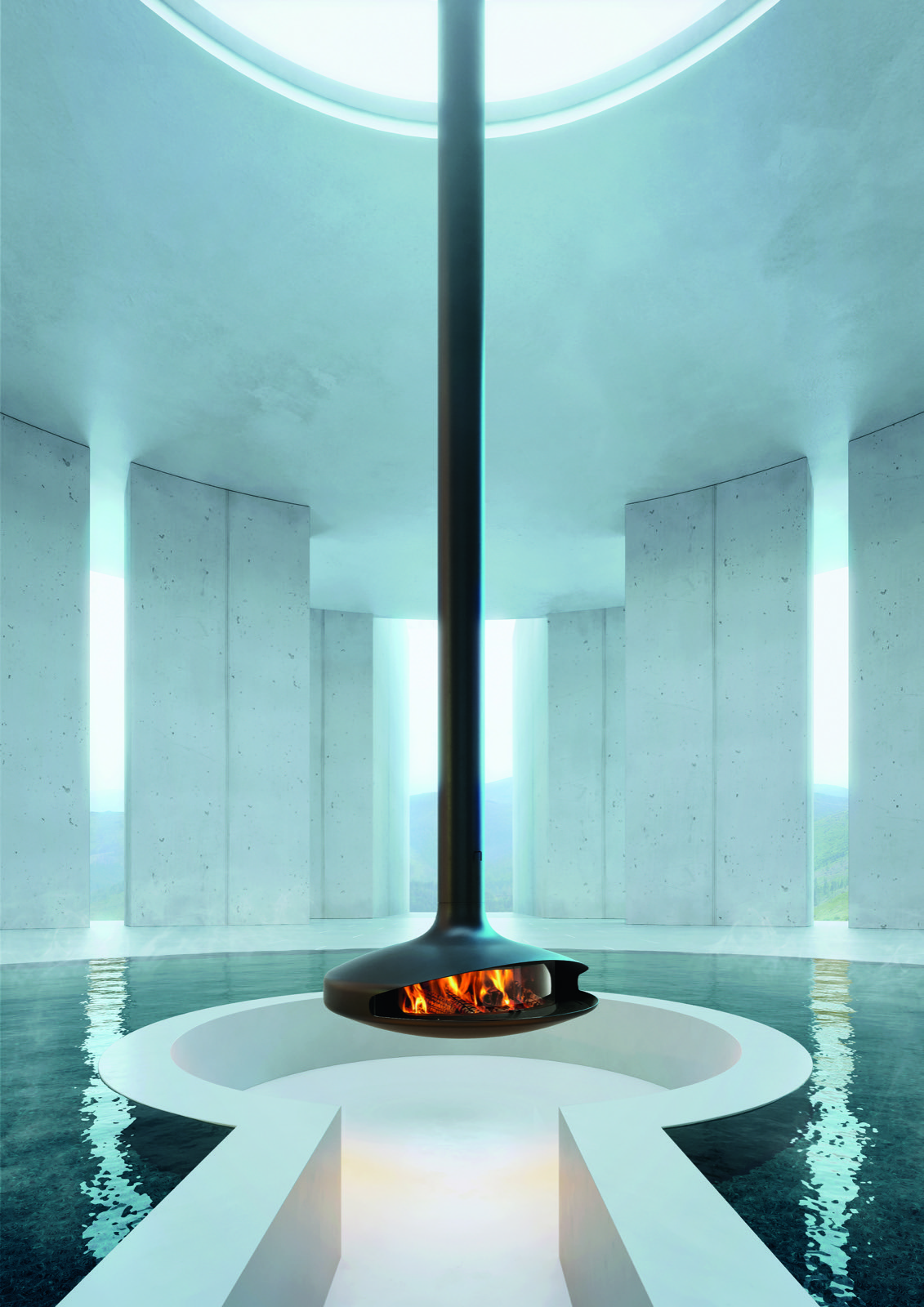 Created in 1968 by founder Dominique Imbert, Gyrofocus was revolutionary both in design and innovative technology. Gyrofocus is the world's first suspended and 360° rotating fireplace. A symbol of the Focus brand, this prestigious model is an international design legend.

In 2009, the Focus icon was voted "most beautiful object in the world" among 100 participants at the international design competition Pulchra in Italy. Exhibited at the Musée d'Art Contemporain in Bordeaux (1996), the Centre National d'Art Contemporain in Grenoble (1997) and the Guggenheim Museum in New York (1998).

All that was missing was the German Design Award, the true crowning achievement of a visionary strategy of industrial innovation. In 2015, the new management launched an ambitious goal: to convert fireplaces into eco-efficient closed fireplaces in accordance with current Ecodesign environmental regulations, without compromising on the original design.

GYROFOCUS Glass: a technological achievement for an iconic design
FOCUS delivers true technological energy performance in addition to design. The organic shape of the fireplace was not originally intended to be energy efficient.

The GYROFOCUS consists of only fifteen parts. The GYROFOCUS Glass now consists of more than 150 parts. Two years of research and development and numerous tests were required to create a fireplace that meets the world's most demanding energy and environmental performance while maintaining its original design.

What has changed will not be observable at first glance. With an enclosed round window glass, Gyrofocus Glass is the open fire for the future. Focus re-signs for technological achievement without compromising its original features: legendary design and 360° swivel. GYROFOCUS has thus paved the way for other models now available in a glass version with the same patented technology, such as DOMOFOCUS and ERGOFOCUS.

Focus is not missing from the German Design Awards
As many as four models have won the prestigious German Design Award: Slimfocus (2017), Boafocus (2019), Bubble (2022) and now Gyrofocus Glass. FOCUS provides a new perspective on fire. Standards change, but icons are timeless.

Focus, an international design legend
For more than 50 years, FOCUS has set the standard worldwide. FOCUS was the first to move the fireplace from the wall to the center of the room. With the stunning iconic Gyrofocus fireplace, FOCUS is certainly a legend in the international design world. More than fireplaces, FOCUS creates surprises and experiences.

FOCUS has a highly committed team of about 120 employees spread across two locations. Anchored in the region, between the Cevennes and Provence, FOCUS is proud of its Made in France label. The rules of the game change, but FOCUS remains creative, authentic and innovative. Both technically and in design, FOCUS sets new standards every time.