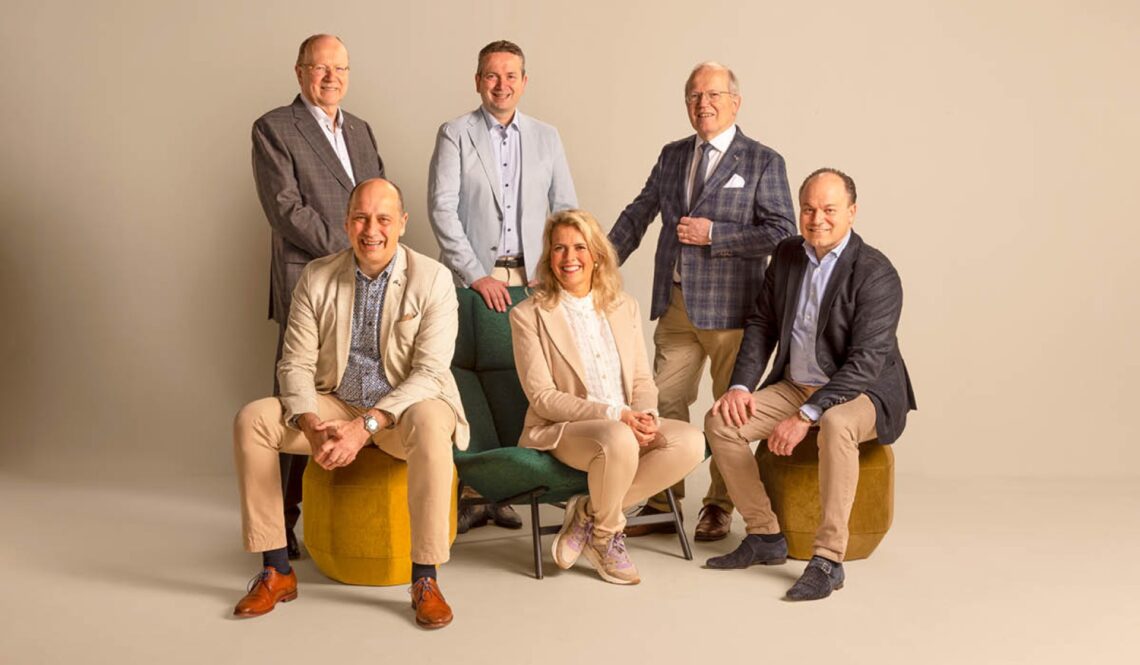 Berden has a rich history; we would like to take you back to 1902. A small company that grew into the wonderful Berden today!

The store was taken over in 1941 by son, Wiel and his wife Gritje. The new store opened in 1957. This was a modern store for the times with women's and men's fashions. There was also a modest department of home furnishings. In subsequent years, the workforce was expanded.

Wiel and Gritje's son, Jan, entered the business in 1965. In 1967, plans were made for a home furnishing store. The first Berden furniture and home furnishings store opened in 1969. The family business began to grow, brothers Frans and Gerard joined the business. With their wives, they devote themselves to the fashion industry. Father Wiel transferred the business to the children in 1971.

A branch was opened in Venlo on the furniture boulevard in 1995 for living and home textiles. This branch has a retail area of 6,000 square meters. The Van Sloun furniture and sleep store is acquired in 2002. With this acquisition of two branches in Sittard, Berden is better represented in Limburg.

Since 2003, Berden has also been online, its website a reality. In 2006, the furniture store in Axel, Zeeland-Flanders, was acquired. Pot Interieur has as much as 15,000 square feet of retail floor space. 2012 saw the opening of the Auping Plaza and Montèl in Venlo. Following this, Auping Plaza's in Amsterdam, Rotterdam and Ede will open in 2013.

In 2022, Berden will exist 120 years, which should be celebrated in a big way! A year long Berden is dedicated to this festive moment, also this year there are great promotions. We've taken you through Berden's rich history, giving you a glimpse into this fine family business.

The future for Berden continues to revolve around creating family happiness, for employees and customers. This involves reinventing the role of our stores, including creating more experiences at special moments. The assortment is supplemented to strengthen the store concept.

View the projects of Berden living, sleeping and more here