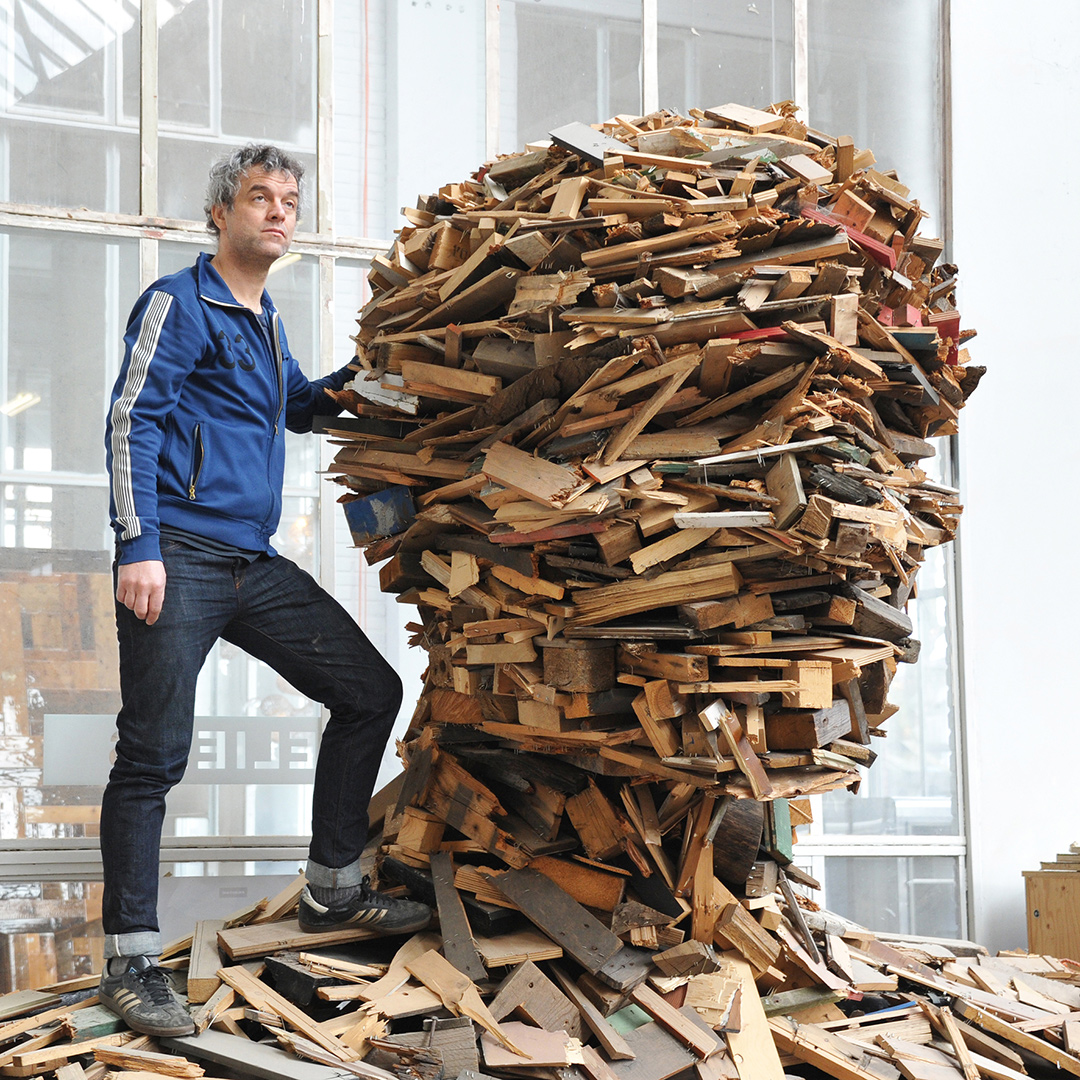 “Well, I don’t often speak to people from that time but if I do catch up with them, they say that I haven’t changed much. That I’m the same as I was when I was young. I do what I do and what I’ve always done.”

What did your days used to involve?

“When I was young, I was always outdoors. Playing football. Building dens. In the outdoor area where I lived, there was lots of building going on so I had tons of building materials. When I was around fourteen, I made my own cabinets and lamps. Although they looked very hand-made and weren’t of a very good quality. But I was always busy with my hands. As I grew up, I knew that I’d end up earning my money from making furniture. But not just by designing or producing them but as a result of managing the entire process from idea to customer. So, pretty much exactly how I now work!”

And you signed up to the Design Academy Eindhoven full of good intentions.

“To start with, I wasn’t accepted.”

You were accepted in the end; what do you feel when you look back at that period?

“At that time, and this is also the case now, I felt that training really made a big impression on the pupils. However, I don’t believe that you can take a group of around thirty creative people and try to steer them all in the same direction. Then you just end up with very similar graduates. In my opinion, tutors had and still have too much dominance with regard to the teaching. There were a few exceptions, Job Smeets for example, myself and, at a later stage, Maarten Baas, who said: ‘You may well all say that, but that’s not how we do it.’ I think you have to facilitate a creative person rather than trying to manage them. And vice versa, you can also say that if you’re a creative person and you wish to develop yourself, you must ensure that you not managed.”

Alongside talent and creativity, what is important in your work?

“Good communication. The ability to be sociable and explain what you’re working on. And also gathering good people around you. Making sure that you don’t have to do everything so that you have time to do the things you like doing and are good at. I am often asked if I still have time to develop myself, now that my business has become so big. But actually, you should be putting that question to people who have a small design bureau. They have to do the invoicing, planning, take care of the post and all the rest, including cleaning the coffee machine! They don’t have much time for design, whereas I draw more than ever before.”

Does your work give you energy?

“Yes, creating things makes me very happy. As long as I can carry on doing it, I’ll be fine. Sometimes it is frustrating when you think you’ve created something that is fantastic but then it’s not received warmly by the public. Or when you make something that’s a bit silly and it’s considered to be of real significance. But the pleasure in creating is the priority. That’s where I find my satisfaction.”

In your opinion, what is the crowning glory in terms of your work?

“Our premises in Eindhoven. It is a unique and lively location where I work with a creative, driven and also slightly mad team each and every day.  Everything under the brand ‘Piet Hein Eek’ is created there. The choice to move to this location was a great decision. It is lively and bustling. People from abroad come to visit for a great day out. It is a real joy to work here with the team. The holiday homes in France which we developed (which can be hired) are also one of our best works. People can genuinely step into my world. Everything there was thought up by me.”

Do you still set yourself targets?

“Not if you mean having to realise a set thing on a specific date. Things happen because I like something and want it to happen. Not because I plan things really well. If it doesn’t work, you can come back to it later. Can’t you?”