Home Look inside Studio Ruim A four-poster bed in paradise

The space in the ridge of the seventeenth-century mansion on the Singel is most reminiscent of a loft, but consists of nothing more than a bedroom and a bathroom, which merge seamlessly into each other and where each piece of furniture is a true showpiece thanks to the minimalist design. forms in space. Starting with the wooden staircase, which, sandwiched between two glass walls, forms the regal entrance to the top floor.

To the right of the stairs, the dark wood four-poster bed is the eye-catcher. The bed is built on a rectangular plateau that shines like an island in space, so that you literally step into your own dream world before going to sleep. The sleek chest of drawers at the headboard is a subtle part of the bed. The rest of the cupboard space is hidden behind the side walls, so that all attention is rightly drawn to the sleeping place in the center of the room.

To the left of the stairs, the white hi-macs bathtub, which stands on a Carrara marble podium in the center of the room, is the absolute eye-catcher. The pipes have been concealed under the stage so that the lines remain taut and the top floor retains its spaciousness. The night blue color of the walls, in combination with the white of the floor and the bathtub, gives the light room a heavenly touch.

With this bedroom and bathroom floor on the Amsterdam canal, Studio Ruim has once again shown that they are a master of combining clean lines and modern materials such as steel and concrete ciré with a historic space. And with this they have managed to create a true piece of paradise on earth with this attic room on the canal where you can sleep and bathe wonderfully. 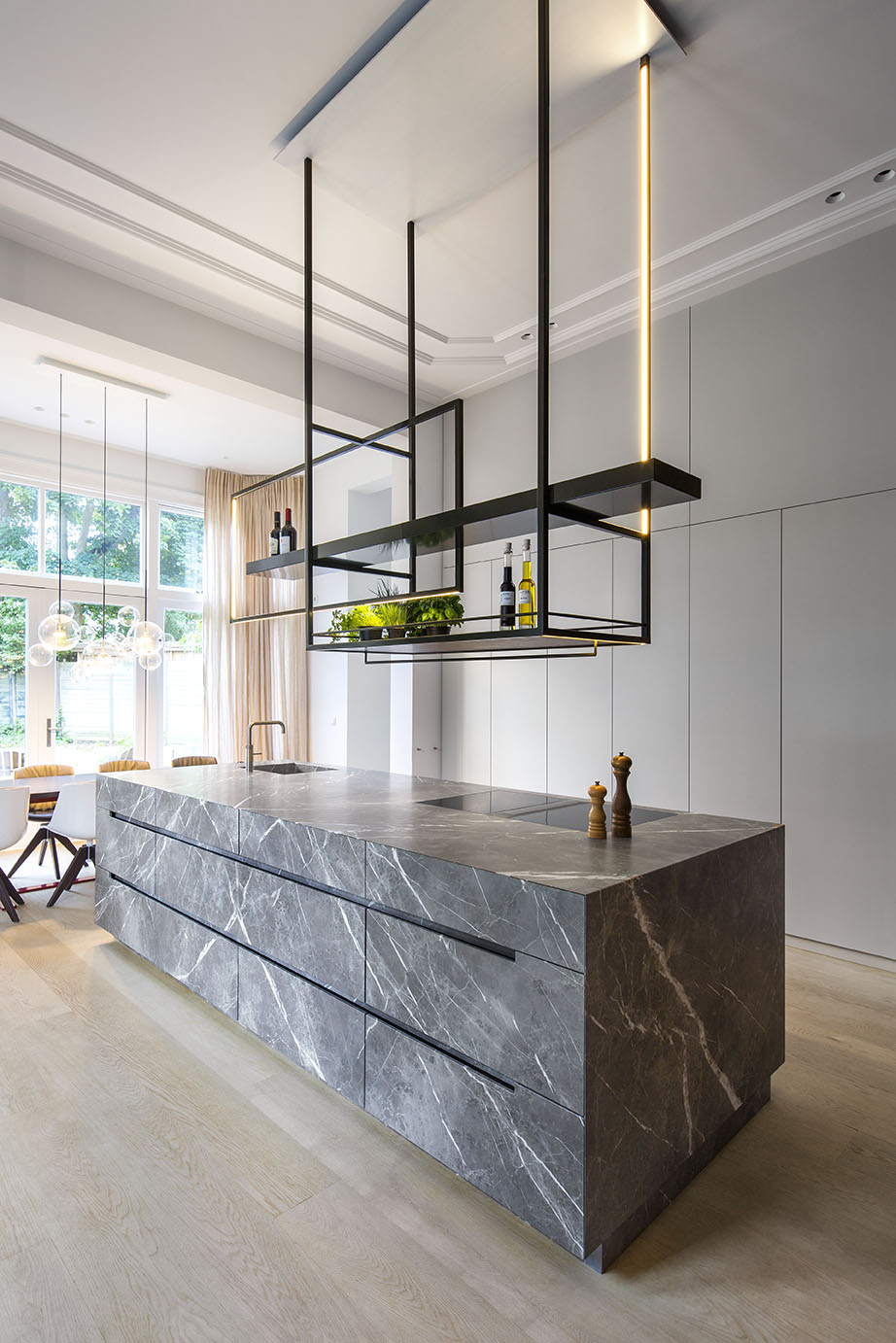 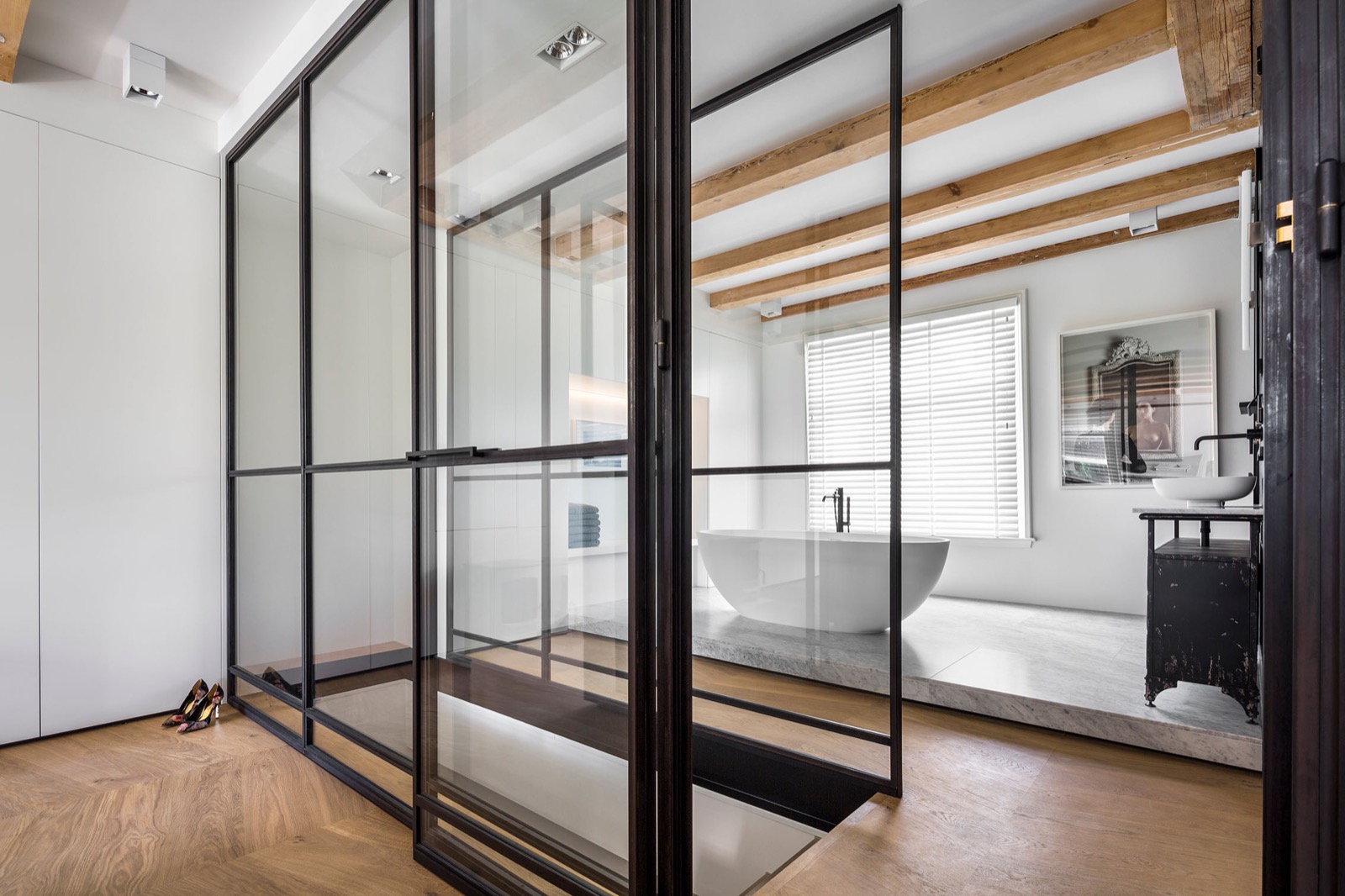 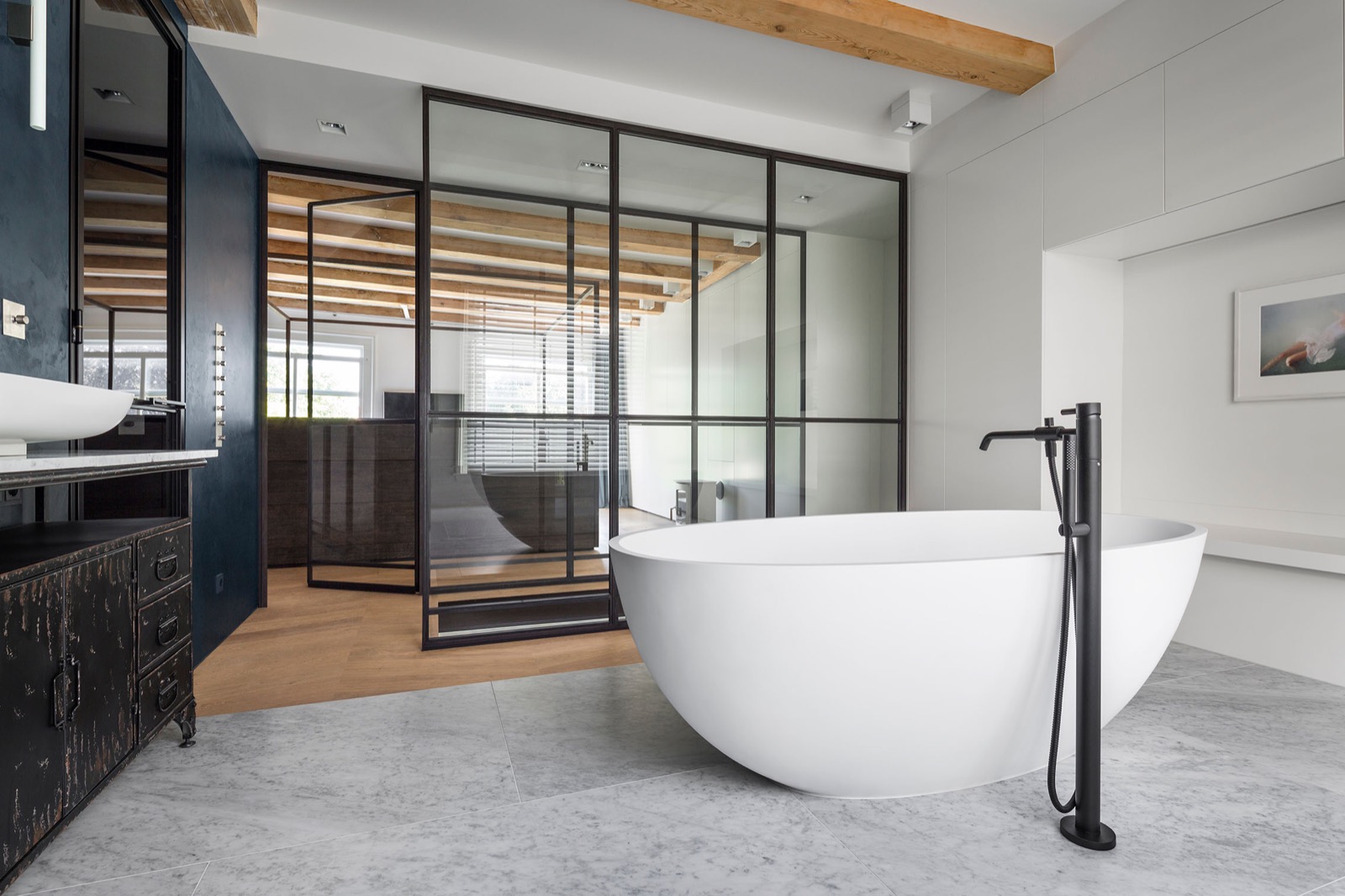 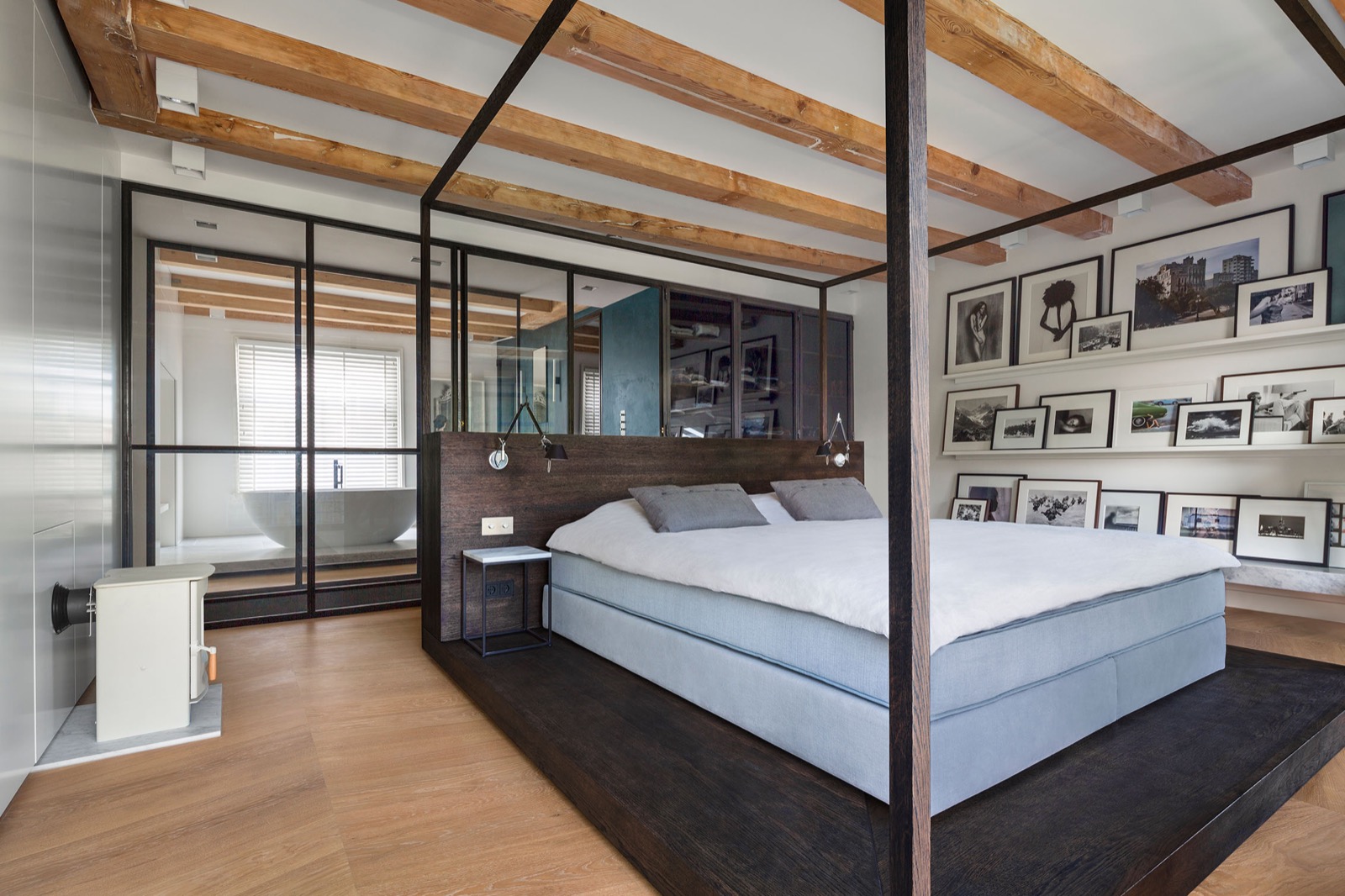 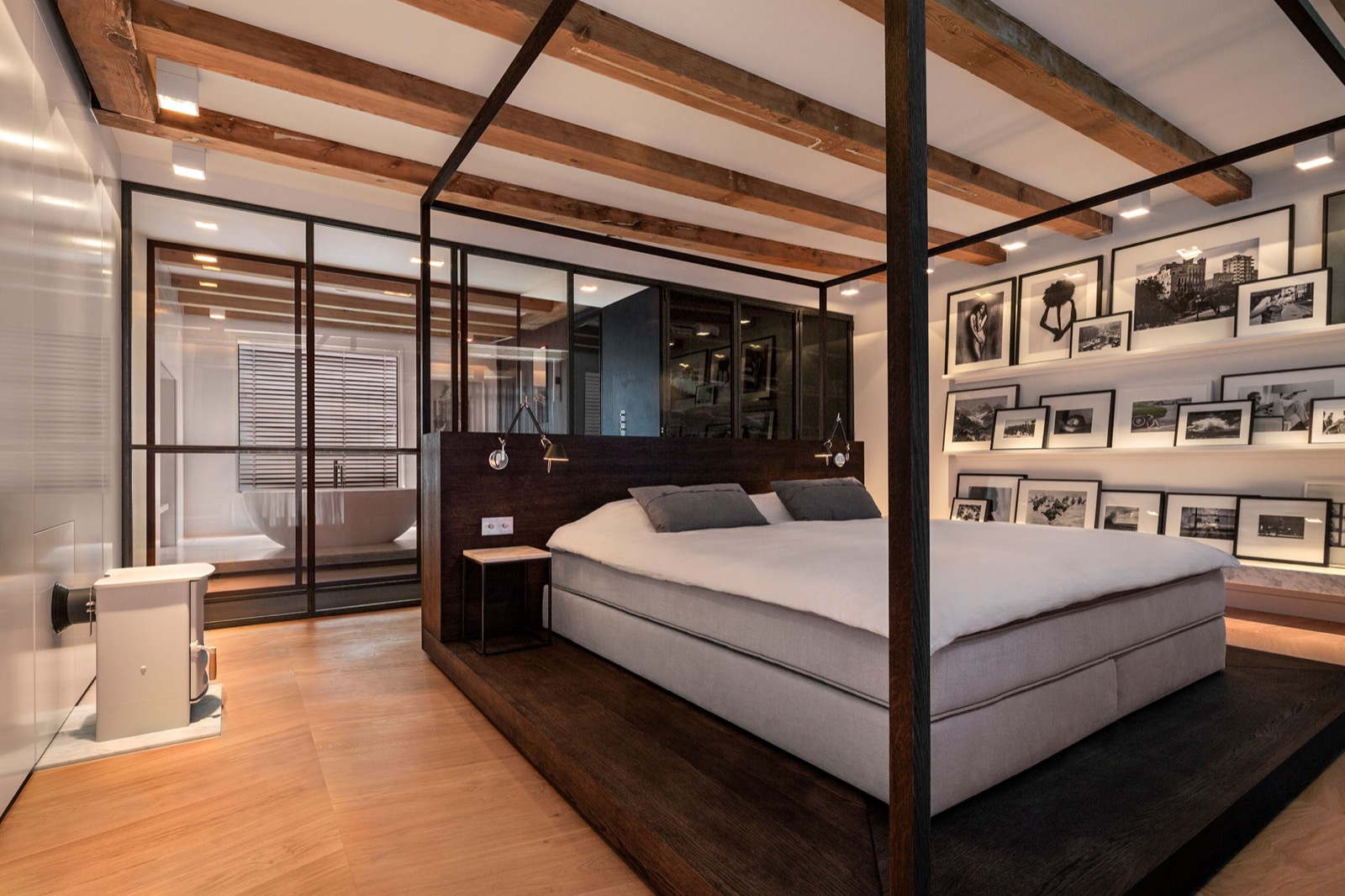 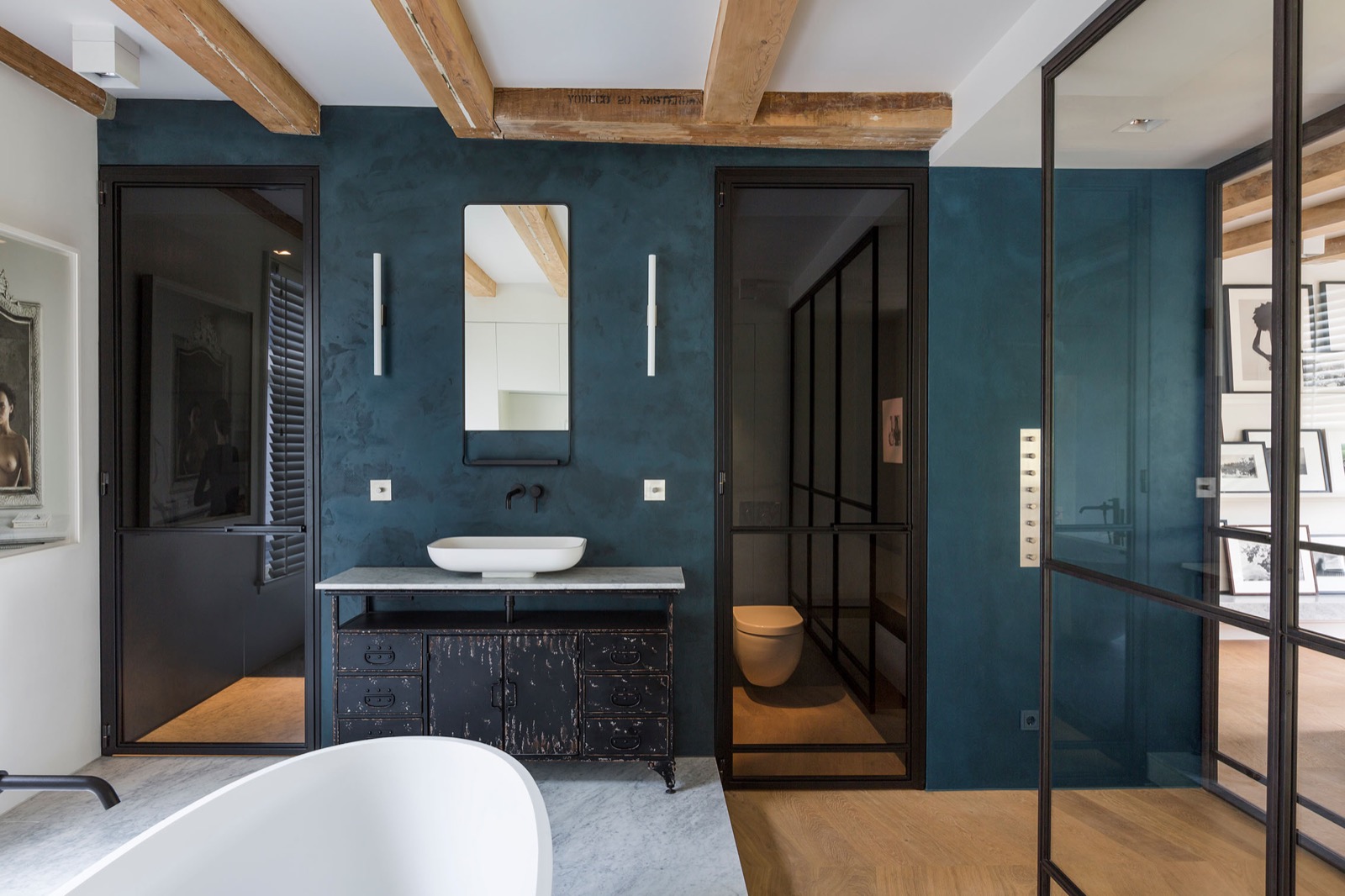 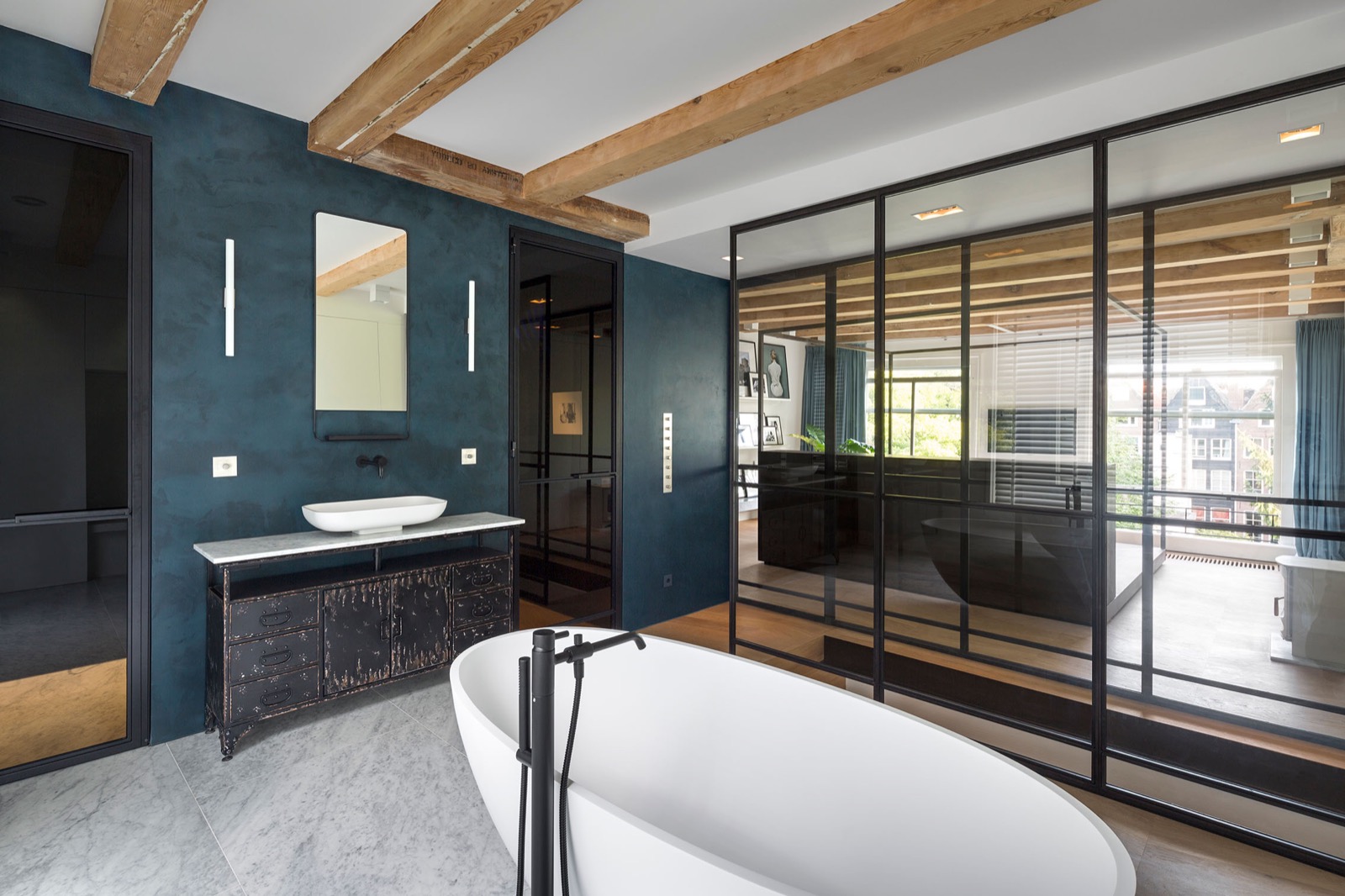 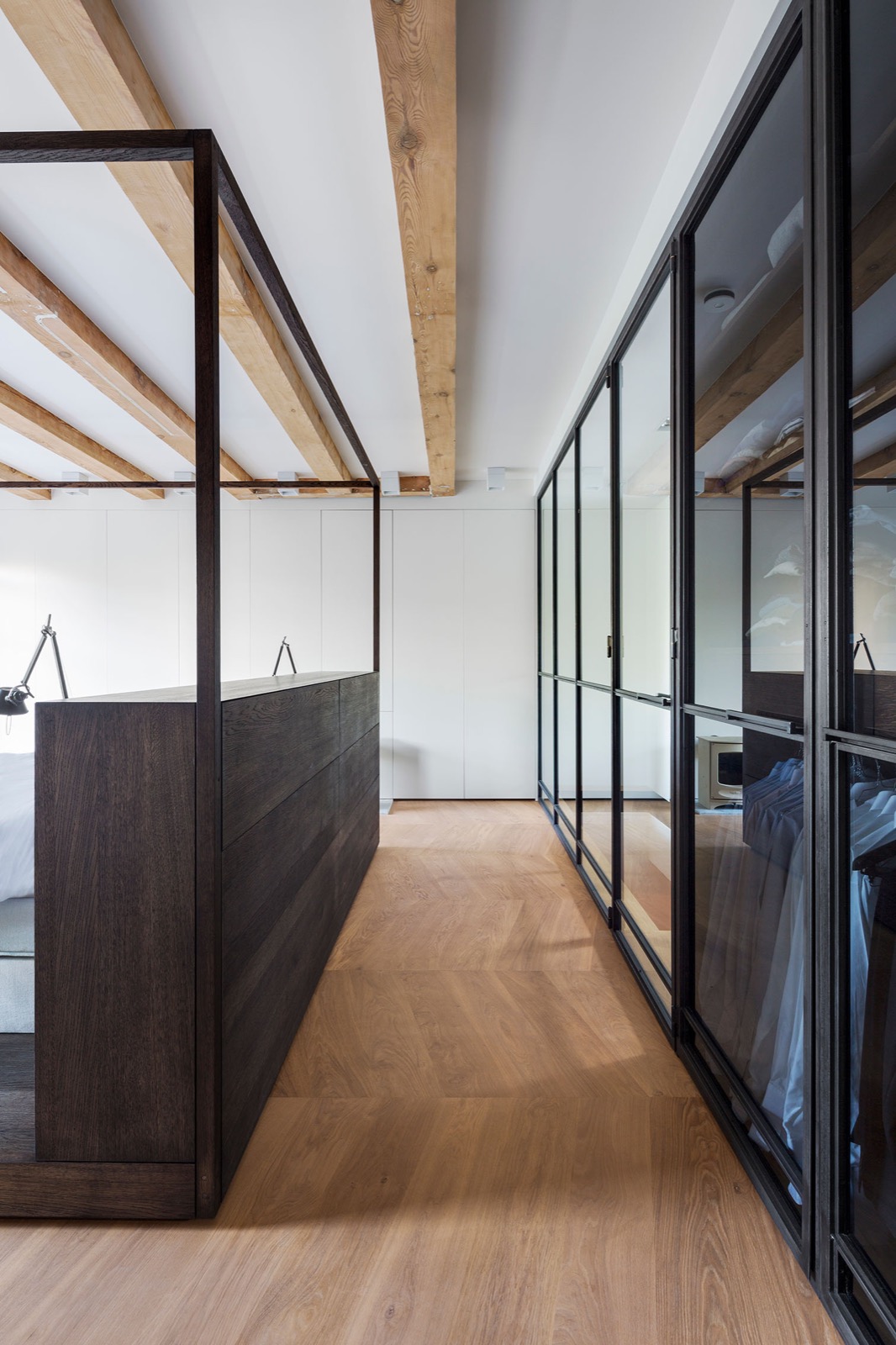 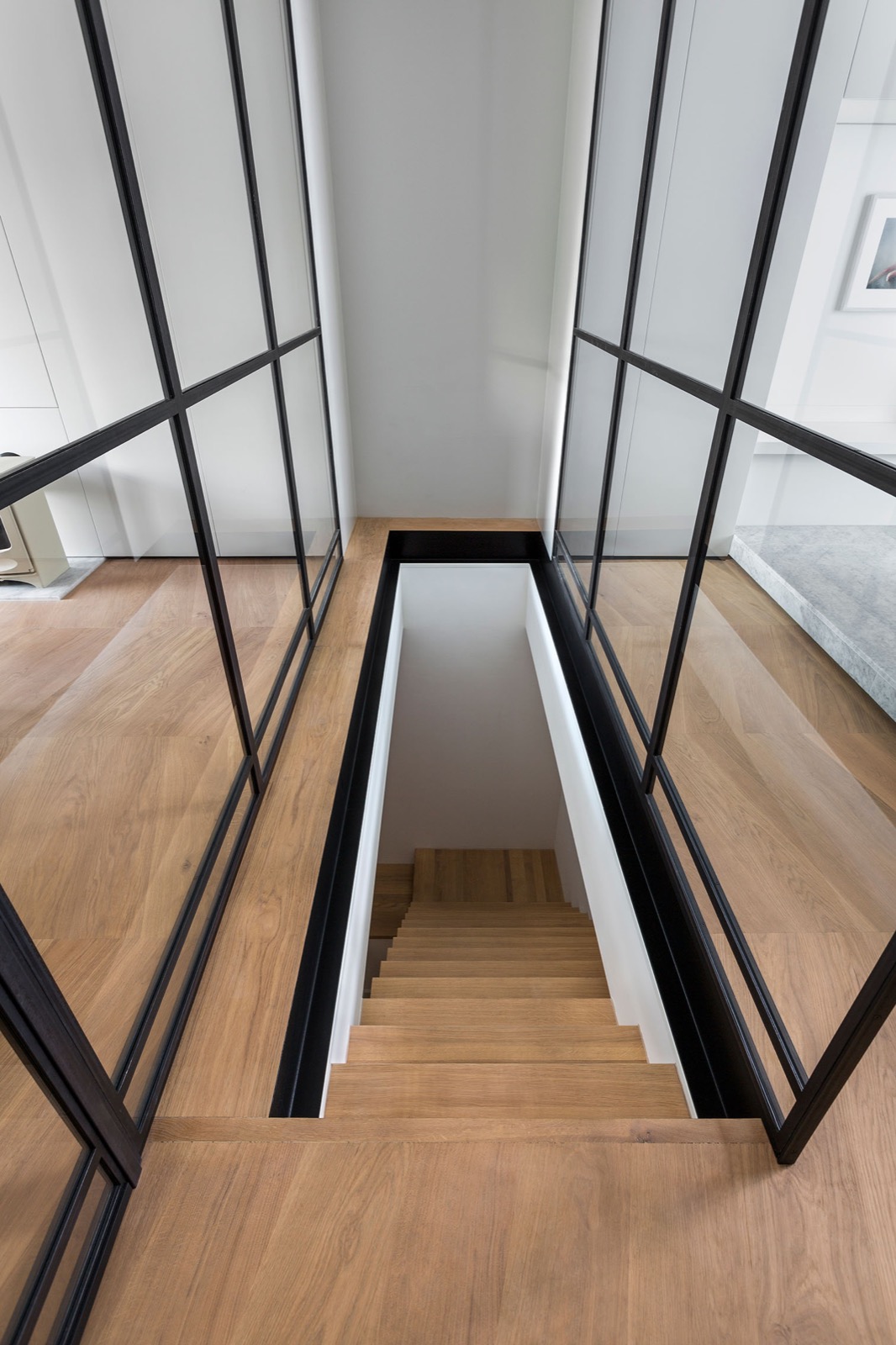 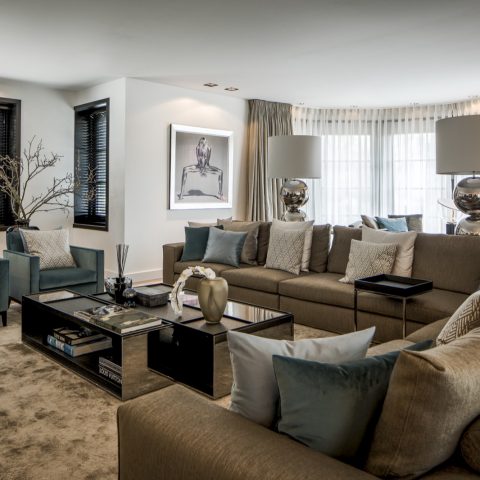 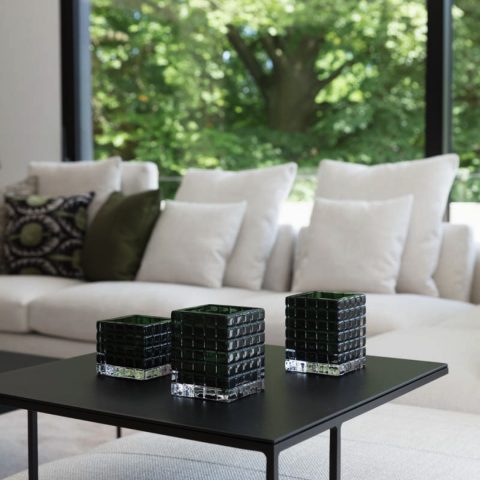 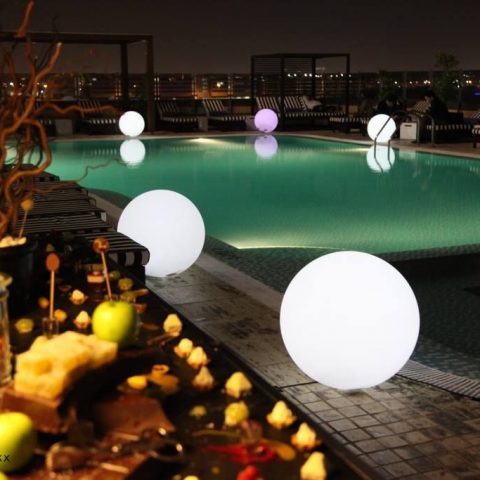 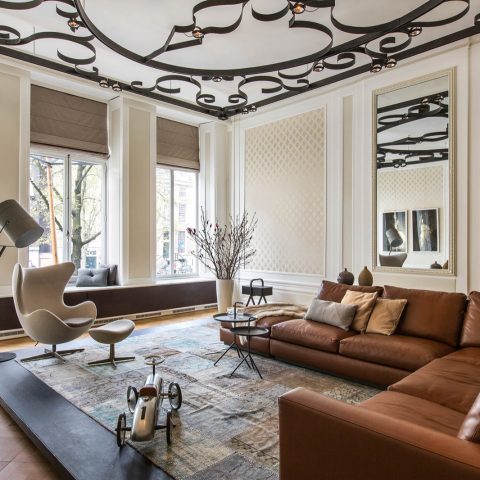