In this project, aspects such as accessibility, atmosphere, lighting, acoustics, experience and functionality played a major role.

With a professional team, we have mapped out the wishes and requirements of the project well in advance. For example, it is important that a project is not only viewed from the owner’s point of view, but also from the guests’ point of view.

The ceiling of the Gribus was covered with a black cloth, this was very acoustic of course, but over time a lot of dirt and dust settled in it. So time for a change! But when do you do this? Normally your restaurant would have to close its doors if you want to realize a renovation on the ceiling. But due to the corona period, we had now found a good time.

The Gribus was completely under construction! Many guests were afraid that we would replace the authentic elements. Such as the bar, parts of the ceiling and a number of elements. That was precisely what made the Gribus so attractive. And we agreed!

By looking with our Interior Designer at how we could give it a modern twist without thwarting the atmosphere and authentic elements, we chose to make the ceiling black again, so that elements such as music boxes would not stand out. We did work extra with old oak wood, the lighting has also been well thought out.

You can create a lot of atmosphere with spots that allow you to properly illuminate the important aspects. Due to the light system that we have applied, we have created light scenes for coffee in the morning, lunch in the afternoon, dinner in the evening, drinks, for party evenings and cleaning at the end of the evening. At the touch of a button, all lighting in the building is adjusted to the time and function of the day. The ceiling is well insulated so that the acoustics are optimal.

The entire interior has been repainted, there are new lamps and the floor has been re-sanded and oiled. The staff spent a while sanding and repainting all the tables. The front door has been replaced by an aluminum pivot door. The coffee corner has been tackled and custom furniture has been made for it. A water vapor fireplace has even been installed in the old fireplace to make the experience even more ‘real’.

But the biggest difference is the toilets. As you can see, the Gribus is a cosy, dark brown eatery. There is a certain atmosphere that you can taste everywhere you sit in the restaurant. Except for the toilets, there you stepped into a white room that was illogically arranged. The ladies almost had their knees against the wall and only had two toilets, which was simply too little during a busy evening. By drawing the space in a 2D floor plan and removing the walls, much clearer options became possible and we were even able to create an extra powder room in the limited space. The atmosphere has also been adapted to the rest of the restaurant. All in all, it’s a complete picture!

Do you also have a catering building and does this sound like music to your ears? We are happy to help and think along with you about the realization and design of your dream restaurant, cafe or hotel. 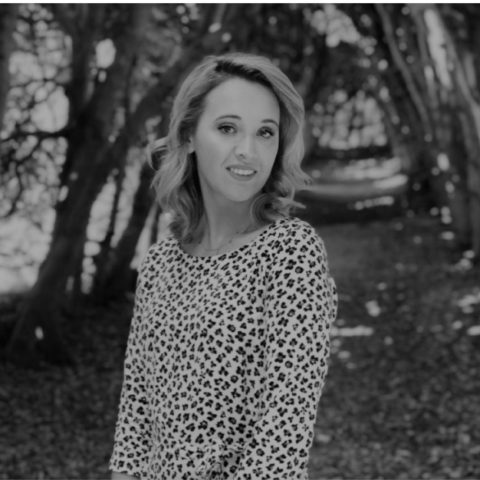 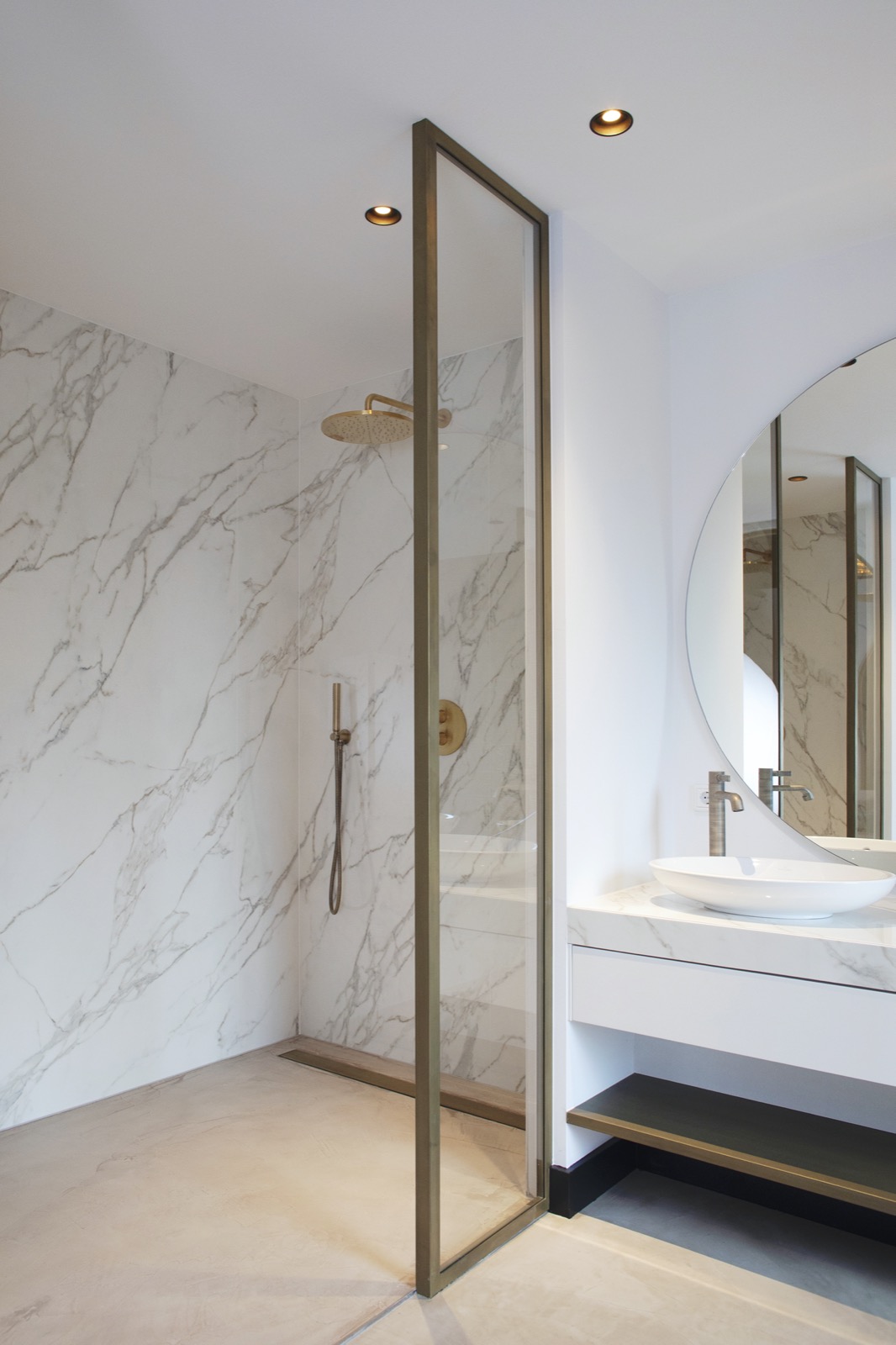 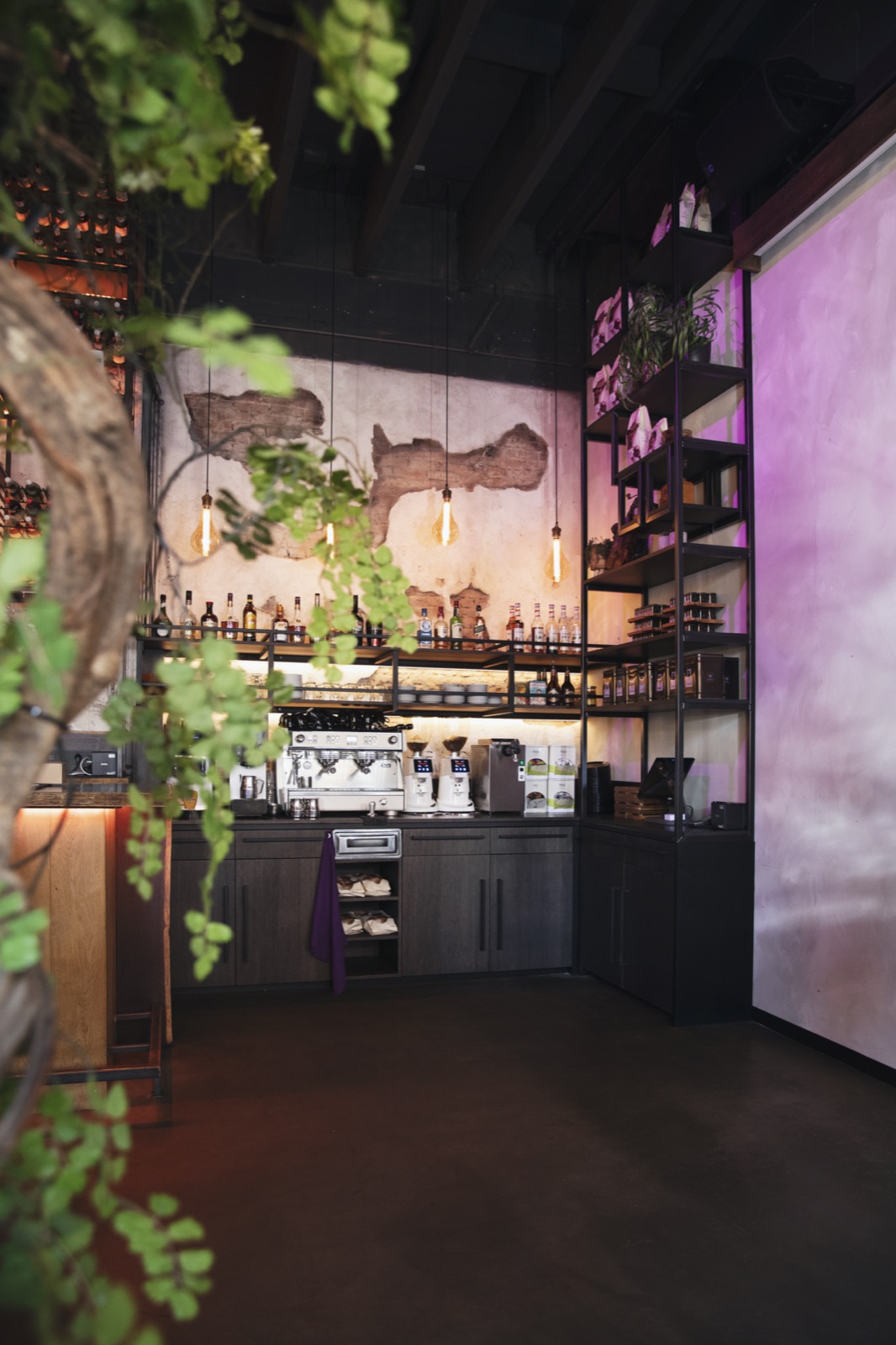 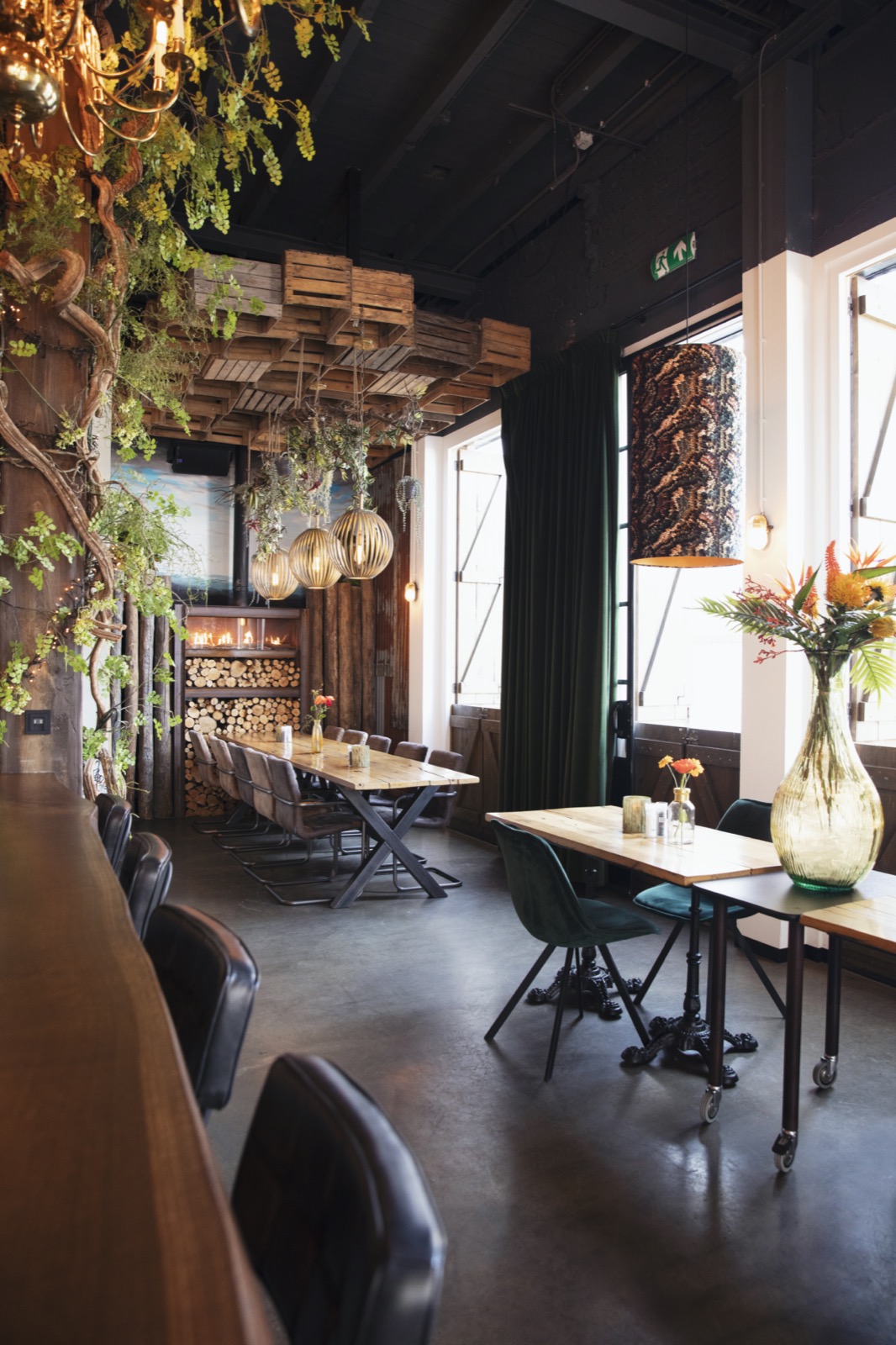 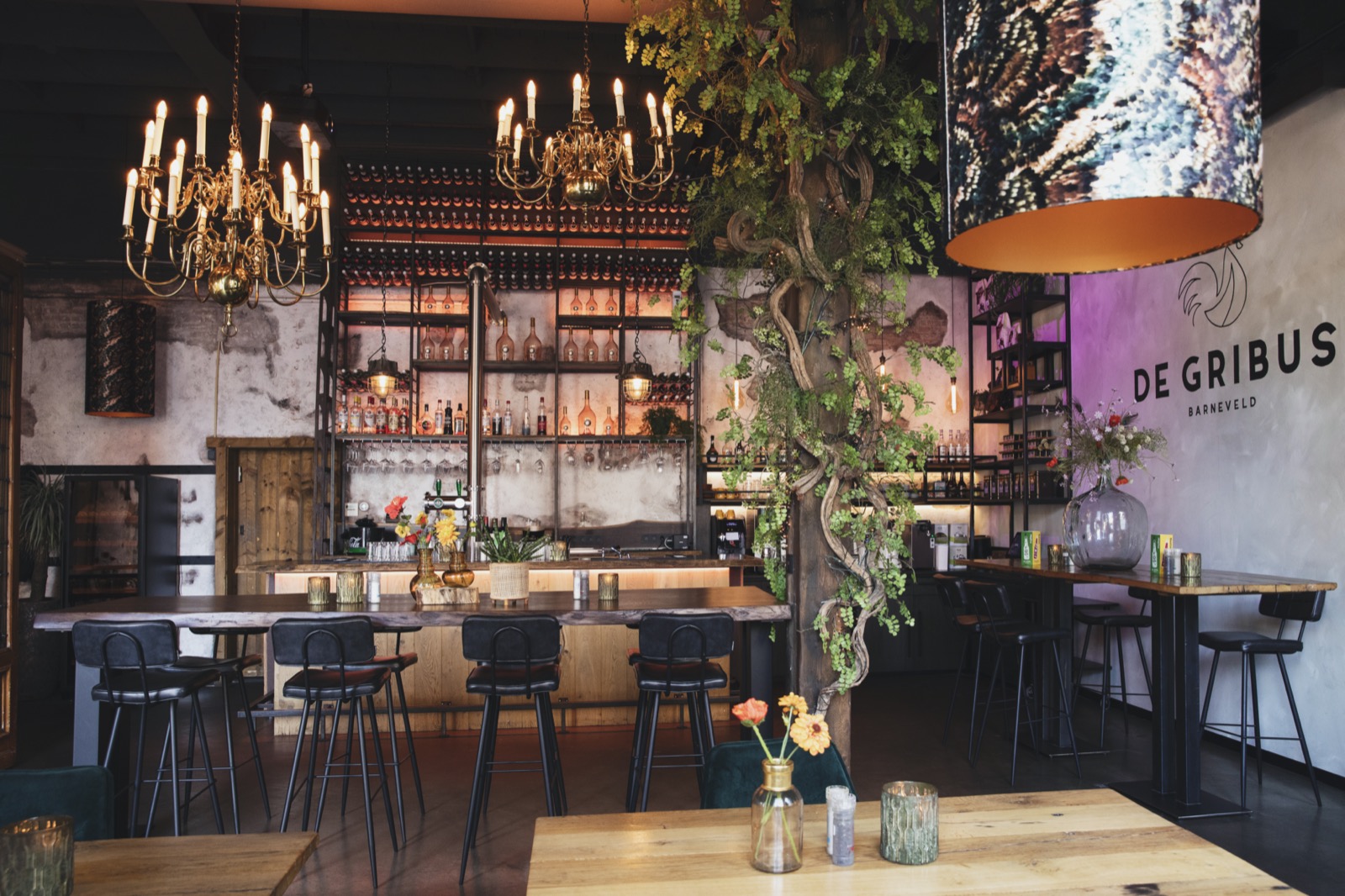 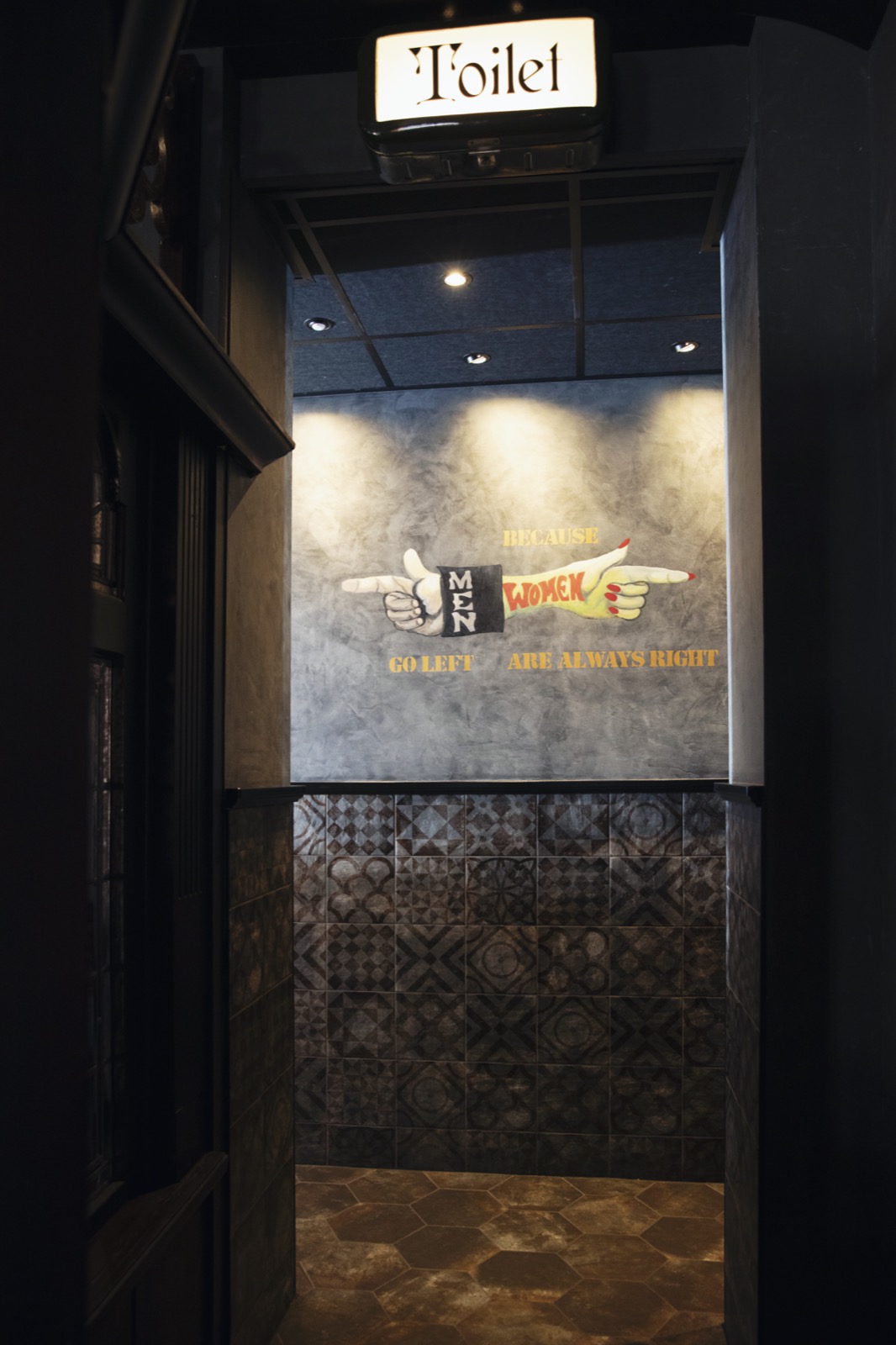 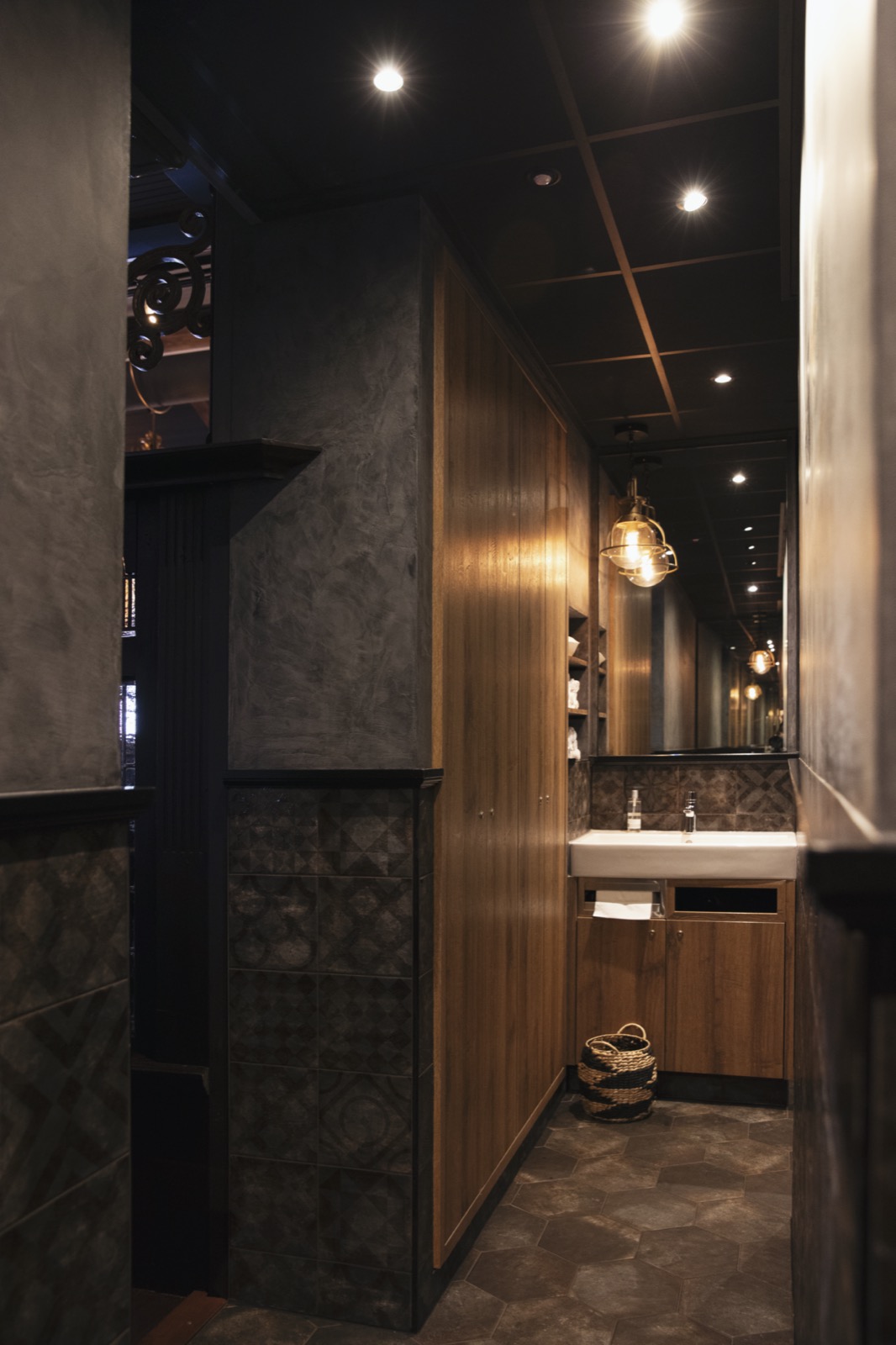 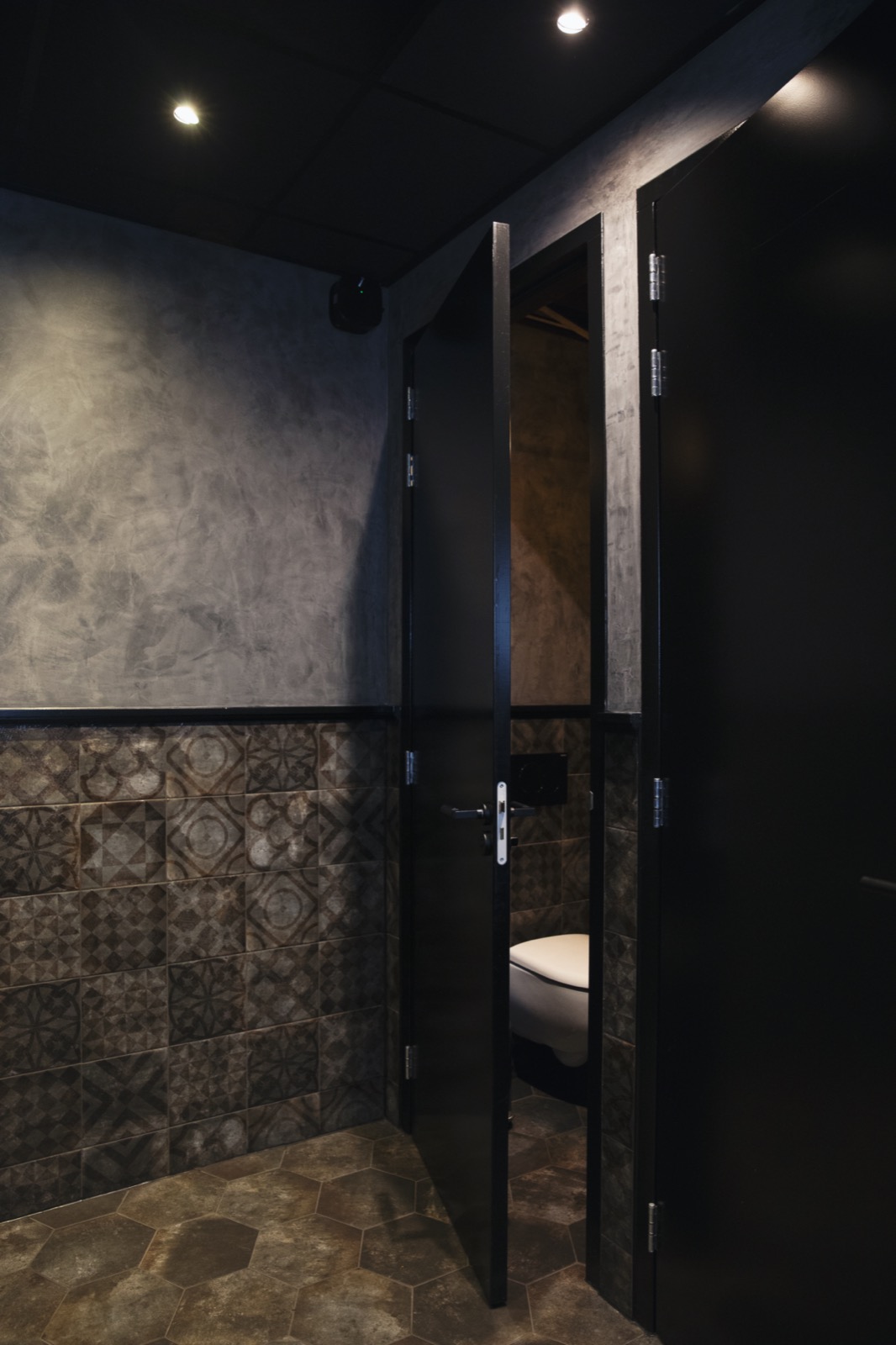 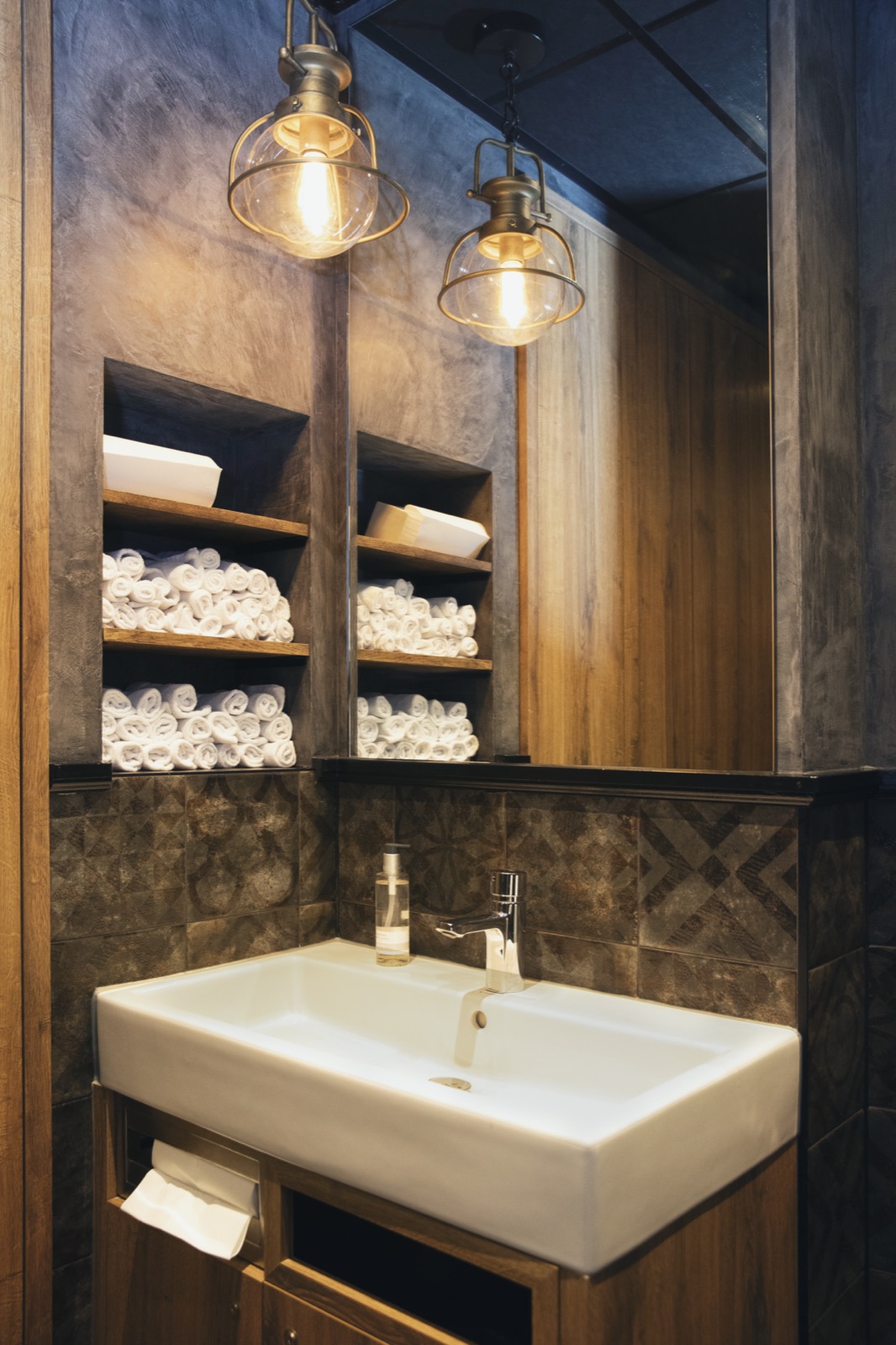 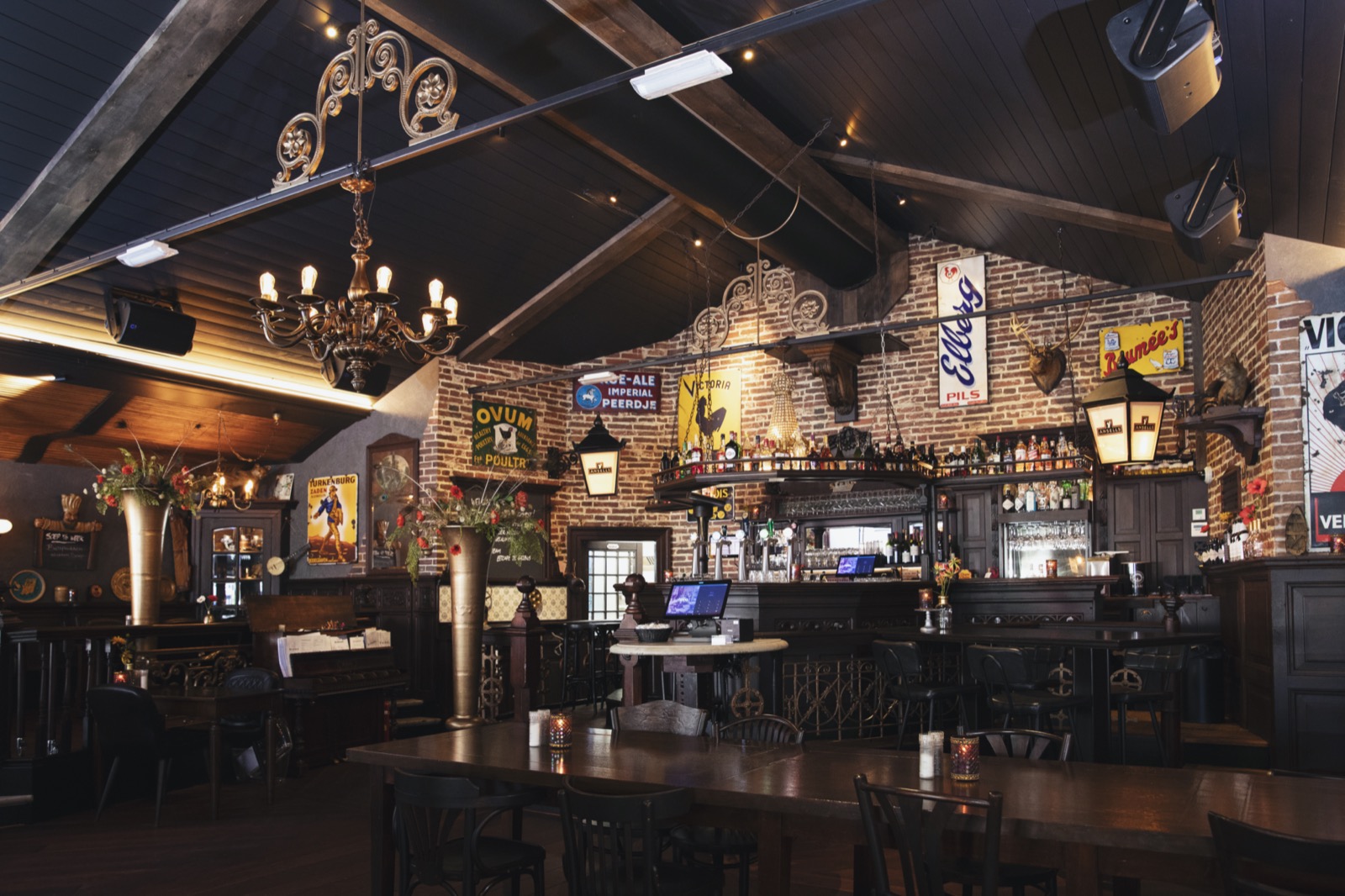 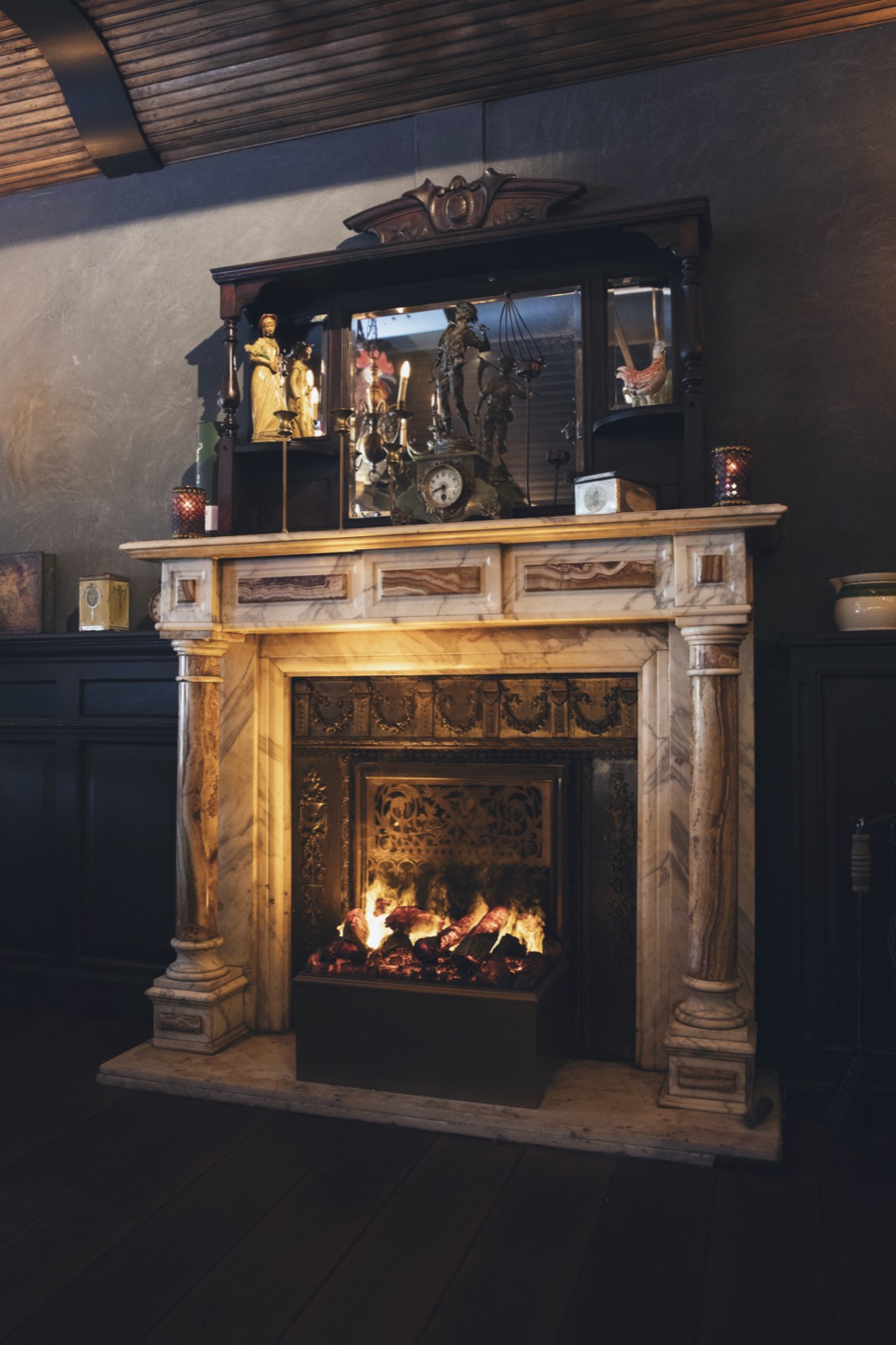 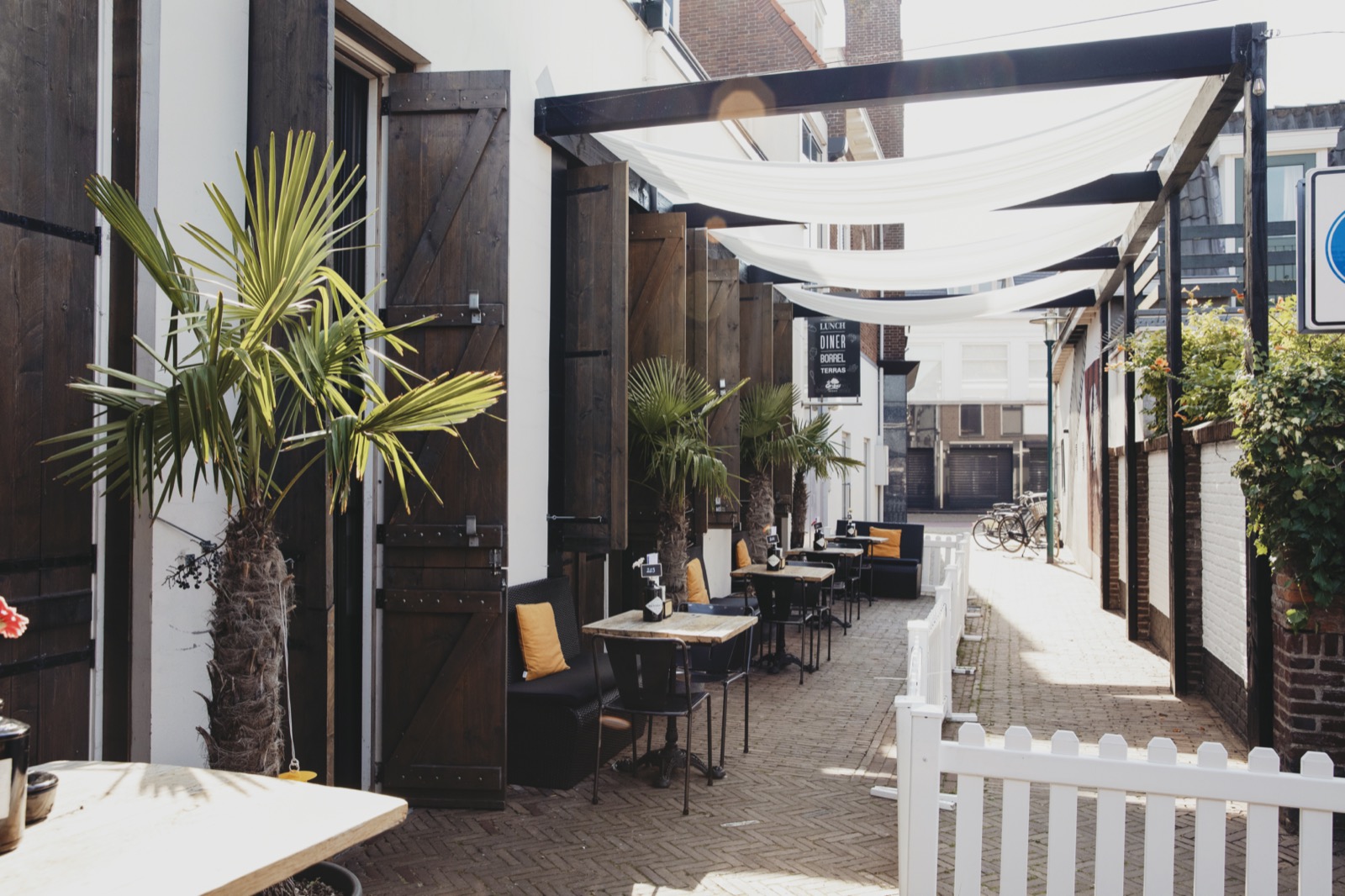 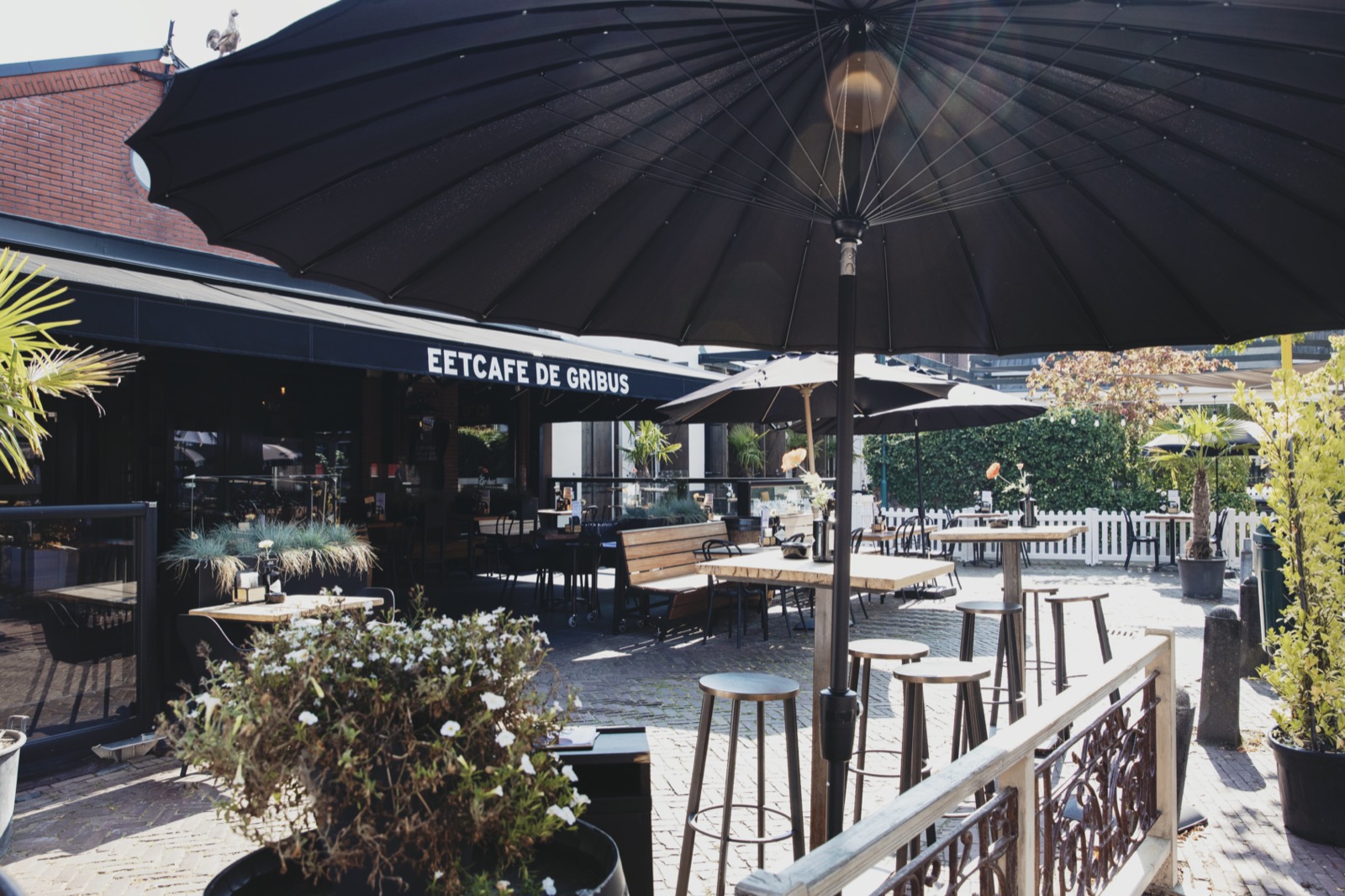 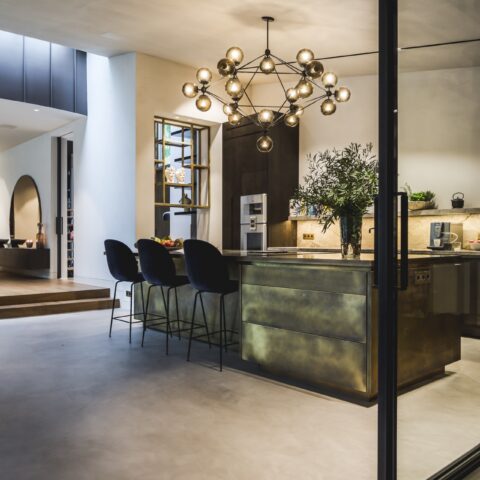 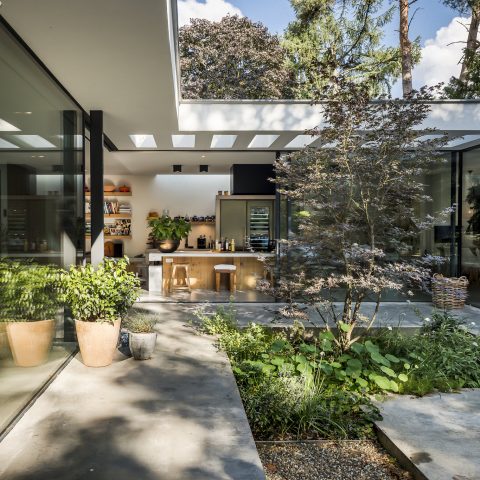 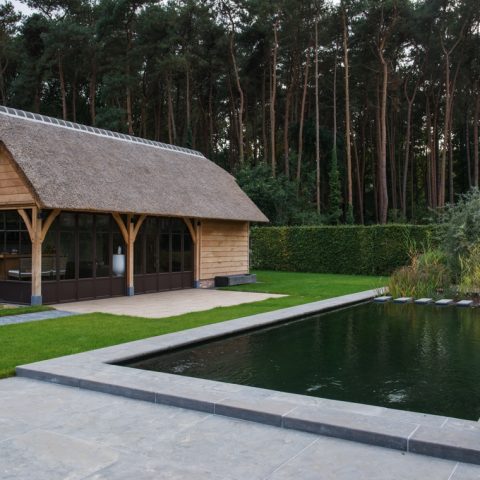 Next project by Dibbet Interiors 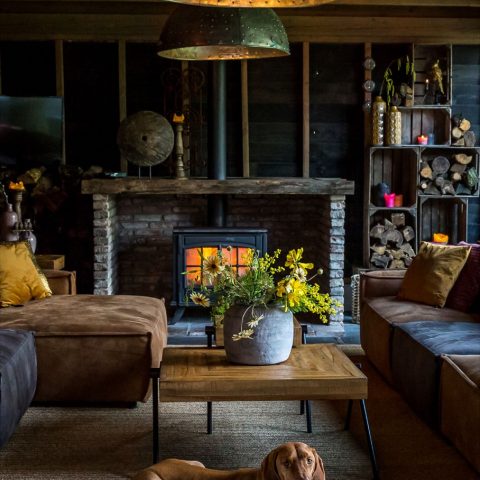