The challenge was to retain the charm of a traditional three storey mews house built in 1870, but to create something that felt very light, spacious and open. An unexpected sense of gallery expanse feeling behind a conventional mews facade.  We managed this by fitting very large skylights along the rear roof.  One is two and a half meters long and ‘frameless’ so when you look up it almost appears to be open and forms part of a triple height light well that has a level of walk on glass. We also made the ground floor ceiling heights three meters tall and fitted a sweeping open stair case with another sky light above it, all of which add to the natural light. All the internal doors were all full height and ‘frameless’ on ‘soss’ hinges.

On the ground floor there is a kitchen with marble splashback and a breakfast bar with stools for casual dining while there is a separate dining area for more formal dinners. The kitchen was designed by Play and made in our joiner’s workshop.  It includes a subtle scored line detail which runs through the glass floor above the kitchen and into the study joinery.  This isn’t immediately obvious but is a great talking point when friends come round.

The open plan continues with the living room where we installed a remote controlled projector screen, hidden in the ceiling in the living area, instead of a having a permanent television dominating the space and creating a black hole void which would spoil the calm aesthetics. There is also a separate utility room and WC on this floor. The sweeping staircase was also designed by Play.  We wanted it to be sculptural and stunning without dominating the space.  It looks beautiful when the natural light shines through it and also in the evening when lit from underneath.

The first floor has two guest bedrooms a bathroom that we used micro cement in, which created a very interesting texture and a variation in effect between natural daylight and when lit in the evening.

There is also a study on the first floor which has a glass floor section which was purposely fitted directly beneath the 2.5M long skylight to flood the kitchen and rear part of the ground floor of the house with light.  Like the skylight above it in the master bedroom, it was also frameless, which creates a very dramatic effect both when walking on it and looking up which feels like the whole space is open the elements.

The top floor houses a very light filled master bedroom where we created a pattern to laser cut white washed timber panels around the master bed. There is an ensuite bathroom on the top floor too.

The material palette throughout is honest, neutral and textured. We kept the exposed internal brick walls (painted a white-grey), white washed all the timber, fitted a bespoke kitchen the same colour as the walls (Farrow + Ball ‘Ammonite’), fitted linen curtains and blinds throughout.  Against this palette we installed large striking artworks from Anne Hardy, Marilyn Minter, Edward Burtnynsky, Andy Warhol, Mark Quinn, Tanya Ling, David Dowton and Sergio de Castro, throughout the house.

We used a lot of mirror to reflect light and bring light to certain darker areas and we softened the effect of this by ‘eglomise’ antique mirror.

The build project took 9 months.  Being in a cul-de-sac mews it was very challenging getting all the glass to site without a crane.  To get the skylights up, we installed by hand which took about 15 brave guys on a cold, windy and hair raising day in November but it was worth it in the end ! 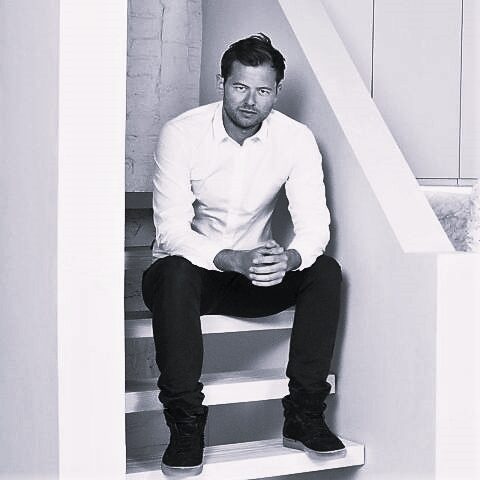 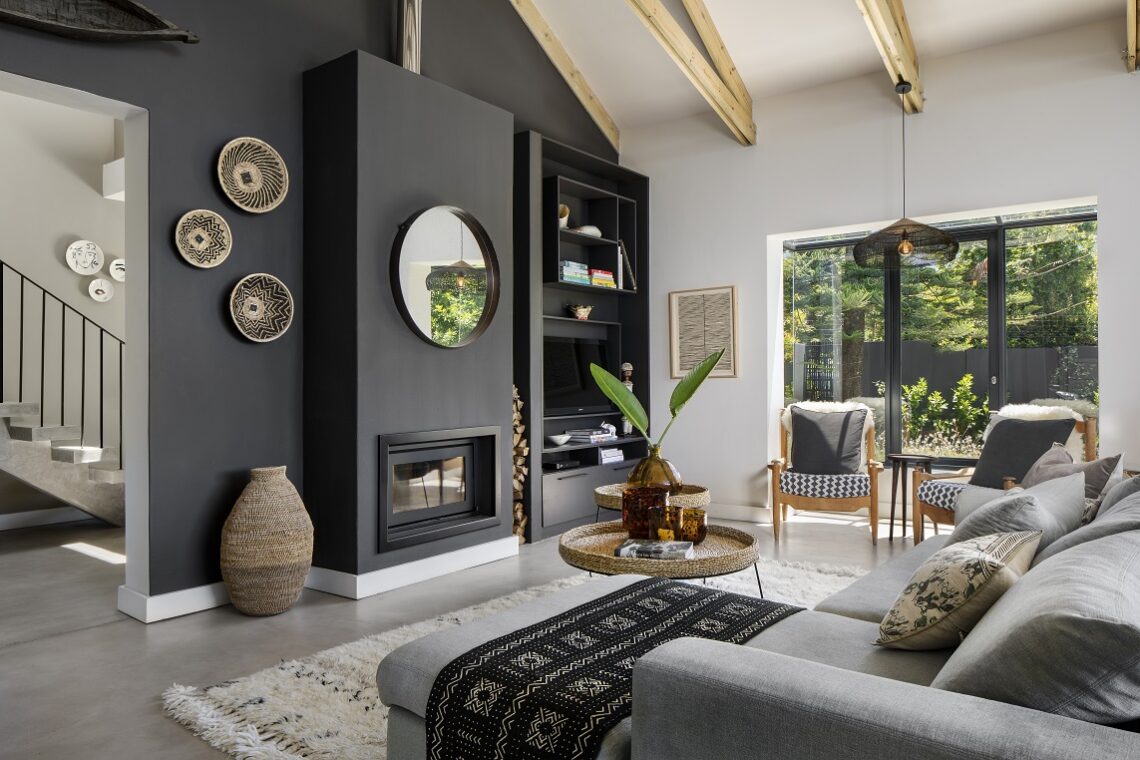 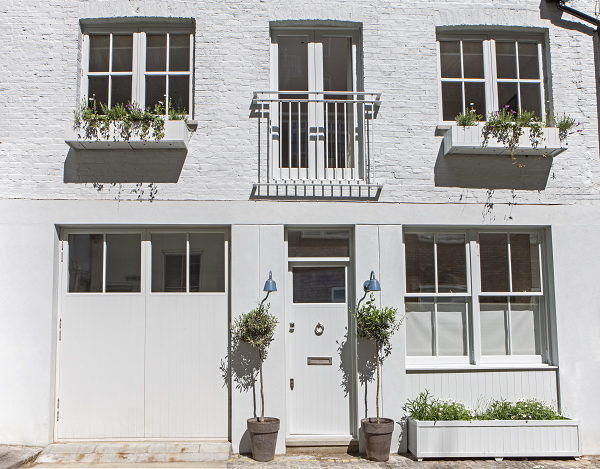 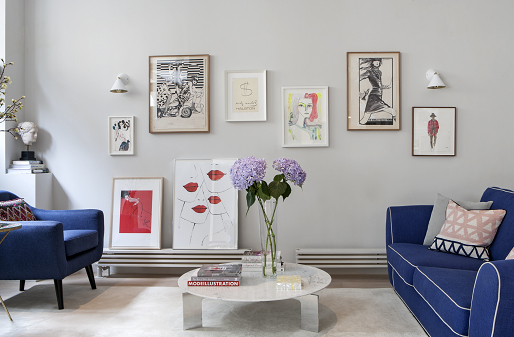 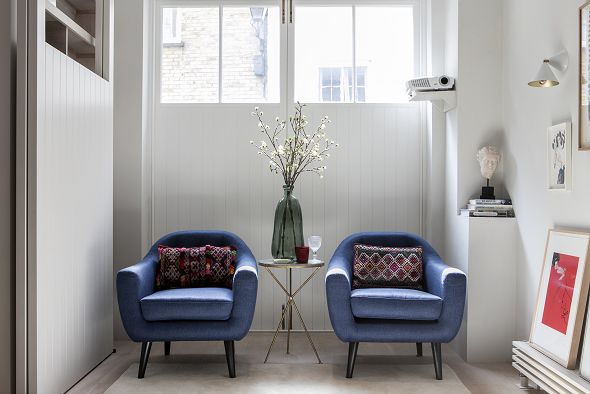 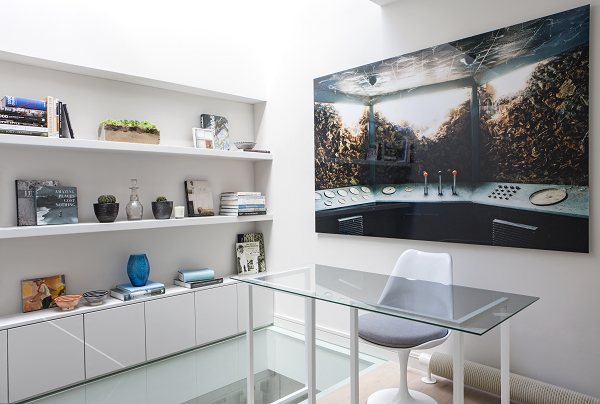 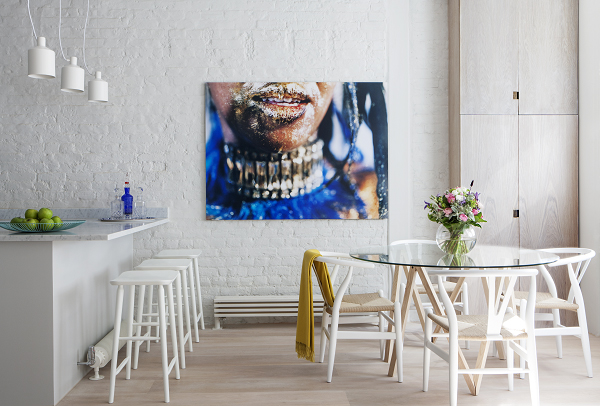 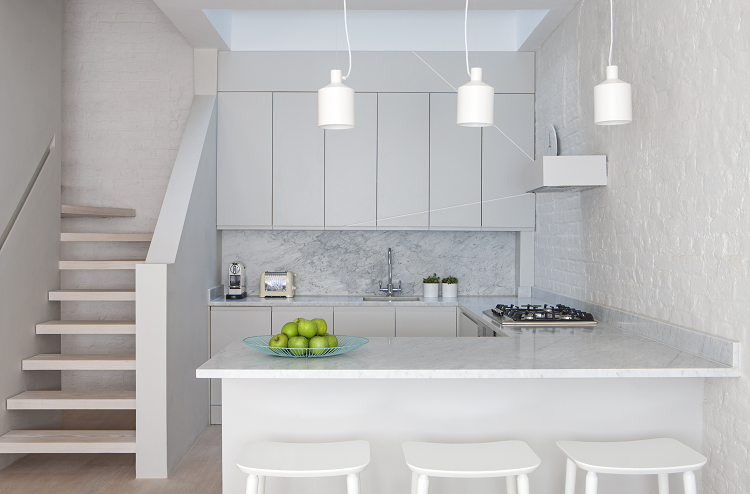 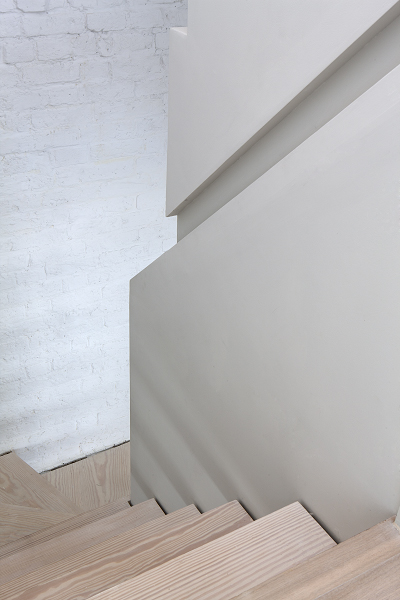 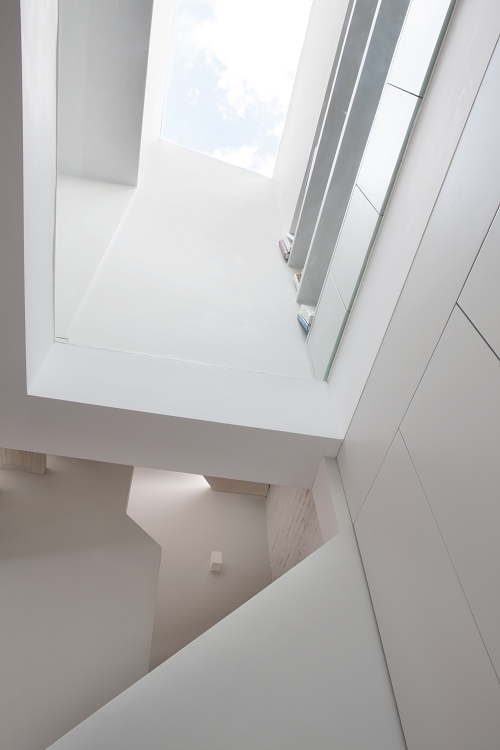 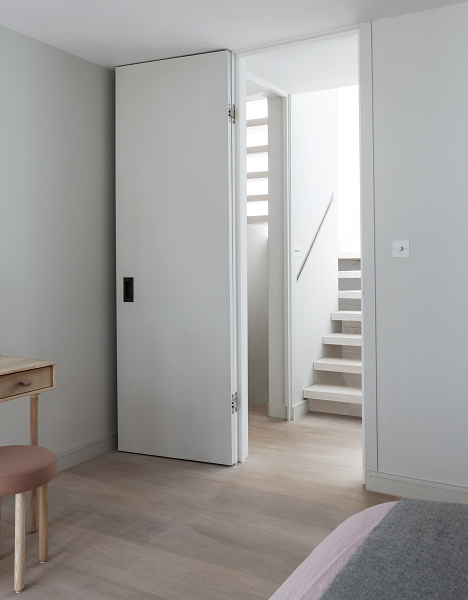 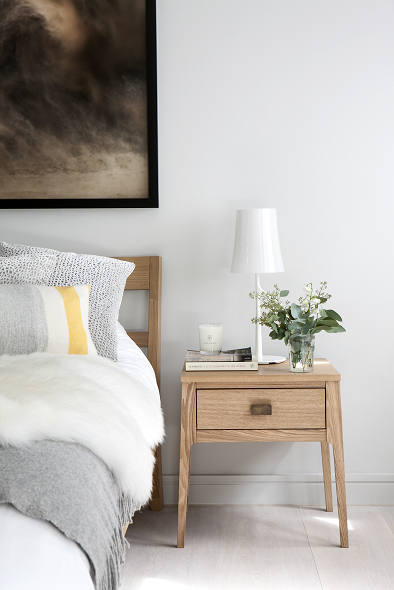 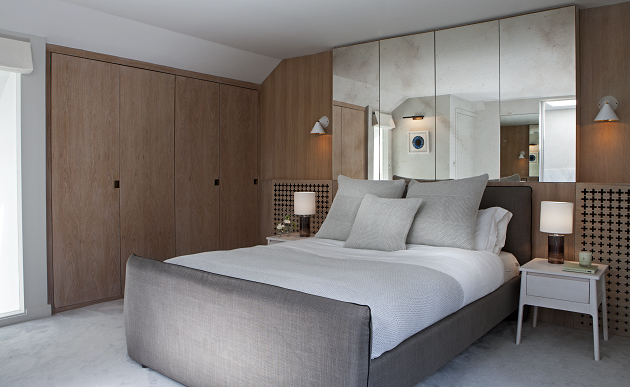 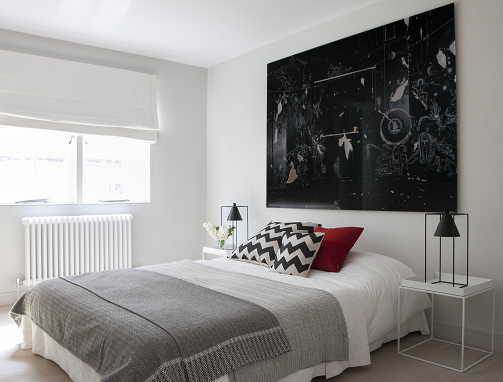 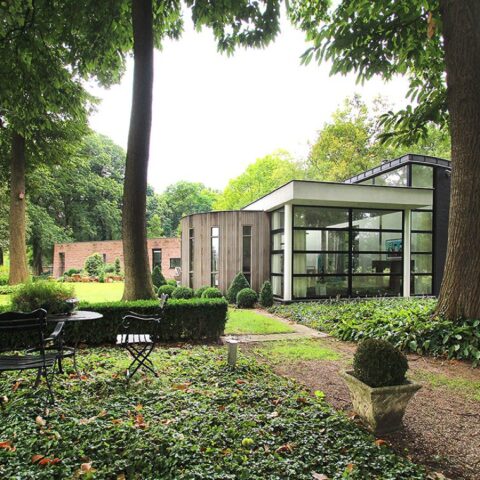 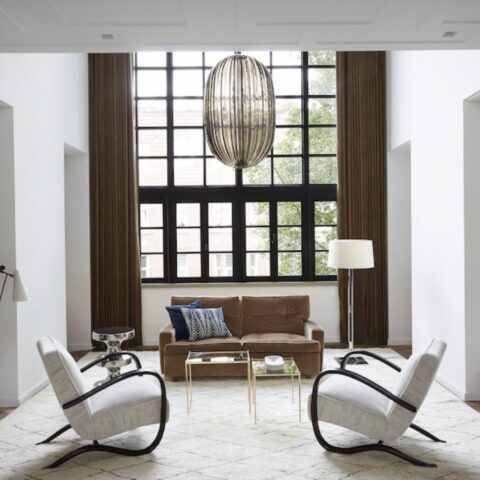 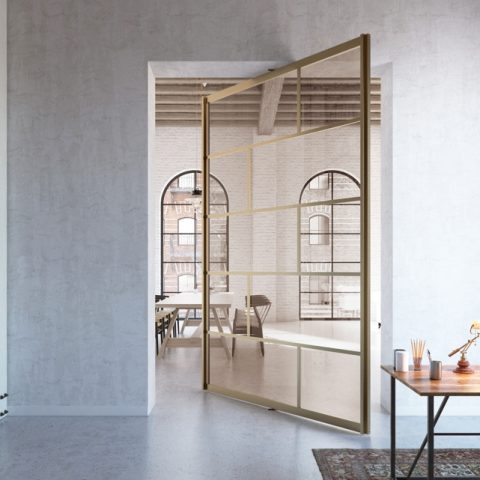 Next project by Rory Macpherson 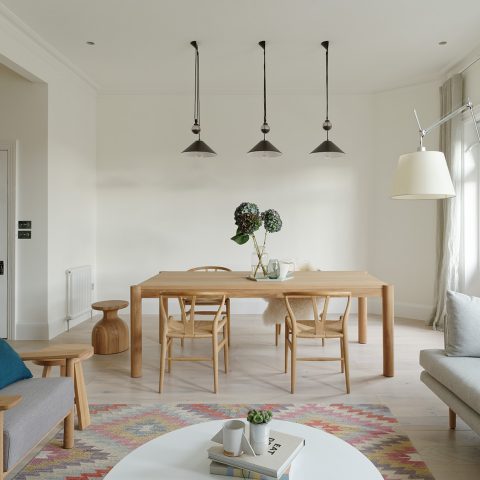