In a quiet street somewhere in Flemish Brabant, a modern white and black villa radiates plenty in the spring sun. For a moment we imagine ourselves not in the usually drizzly Belgium, but in a sun-drenched holiday resort. The house clearly bears the stamp of architect Reginald Schellen, who did not accidentally end up on the project.

The lady of the house: “I had planned long ago: if we ever build, then with Reginald Schellen. But when the time came and we were indeed ready to build, Reginald’s agenda turned out to be overcrowded and we had to find another solution. Still, I couldn’t let go of my dream idea and to cut a long story short: we’re on this construction site collided, we called off the other project and we still worked with Schellen, because then it was possible. ”

The facade of the house is characterized by black and white and appears to be made up of floating white frames. It is an effect created by the architect by combining dark stone and dark windows with white crepi. But what stands out almost as much as the striking look is the location of the house. The south side of the plot is on the street side and the aim was to let the living areas – and the bedrooms – enjoy the sun to the maximum. This means that the house is “turned around”, so to speak, so that the most important areas of the house are facing the street. Obviously, this had a number of consequences.

Architect Reginald Schellen: “You don’t want people to just look inside, so we solved that in different ways. We have put the house back on the plot and have a spacious front garden, closed by a hedge and a gate. But that did not solve the problem completely and we ended up with an L-shape in which we housed the garages, among other things, and which also guarantees privacy. ” 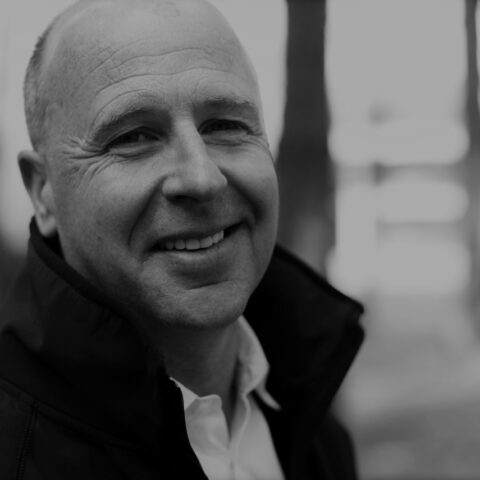 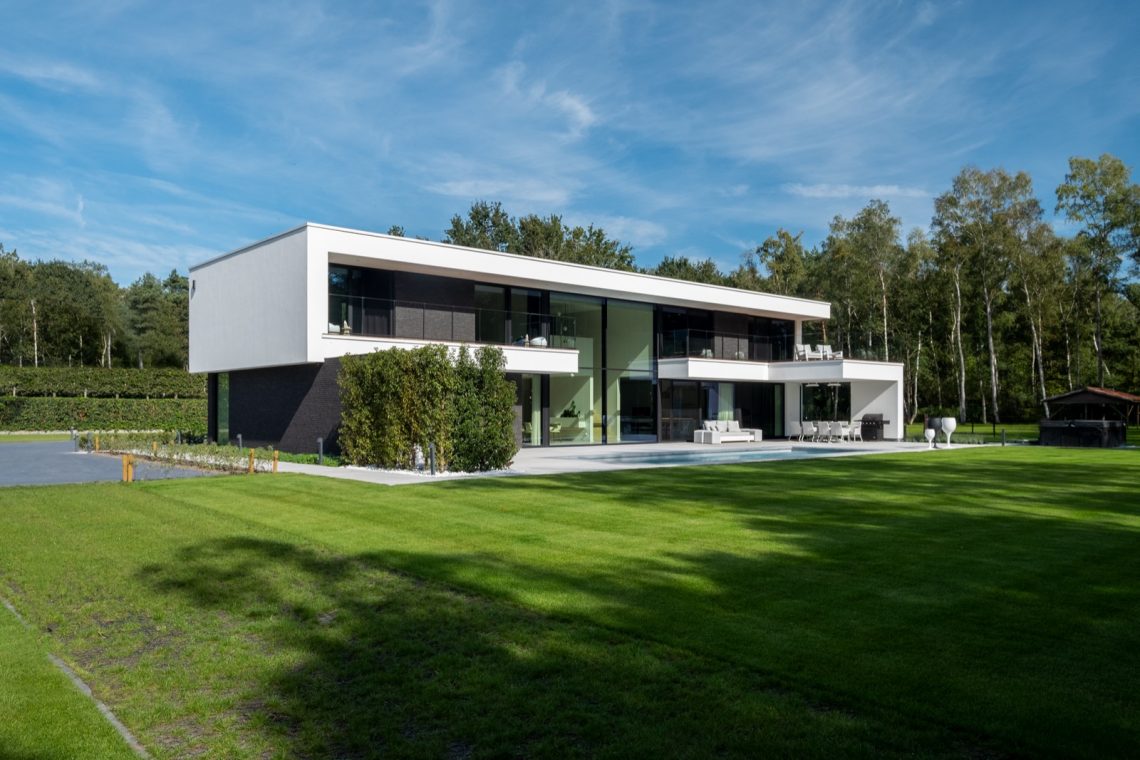 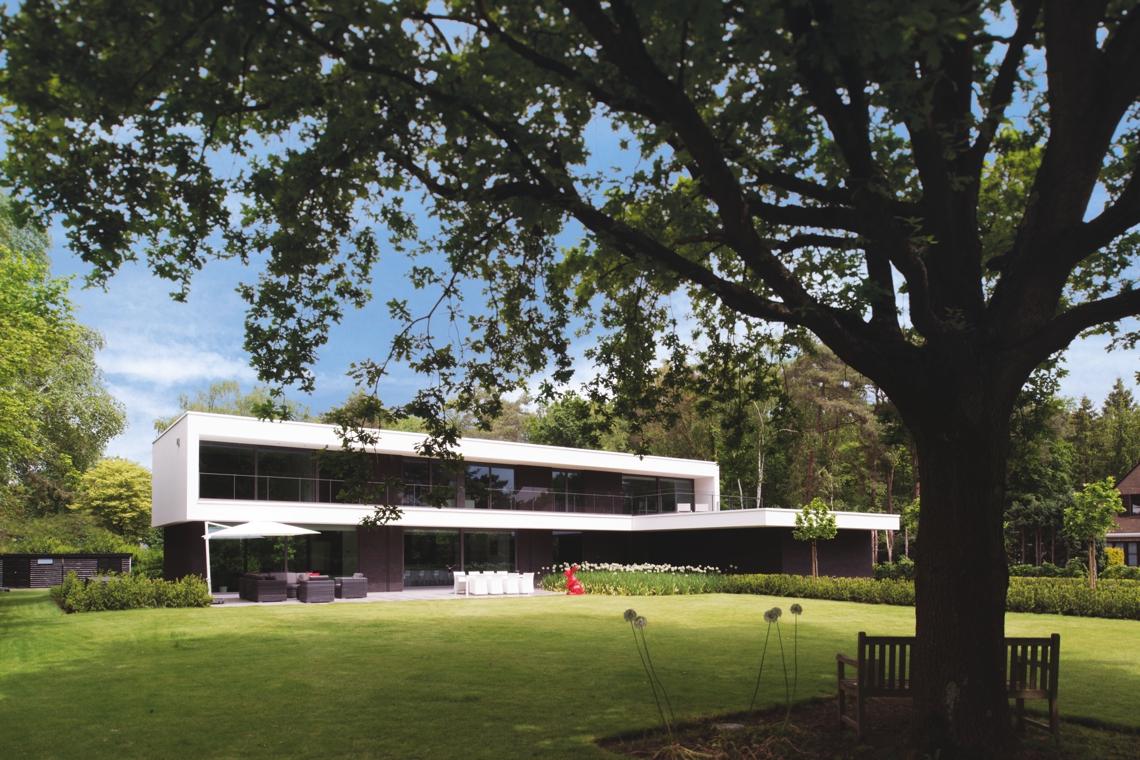 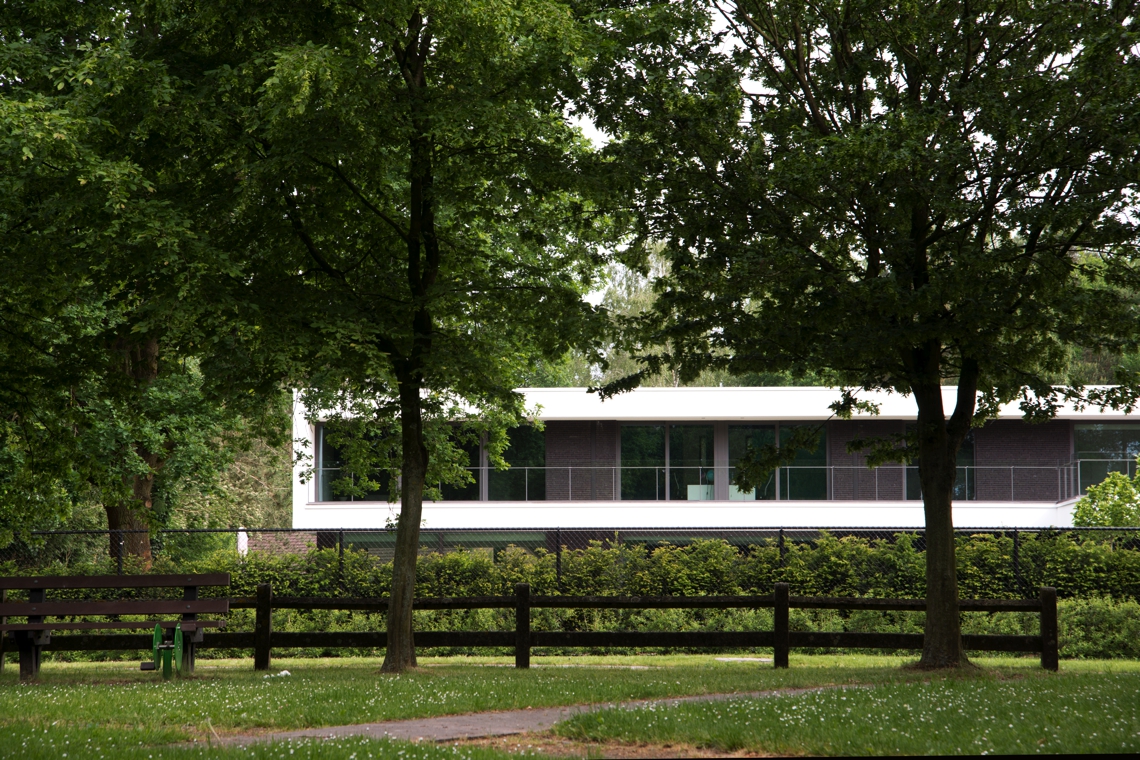 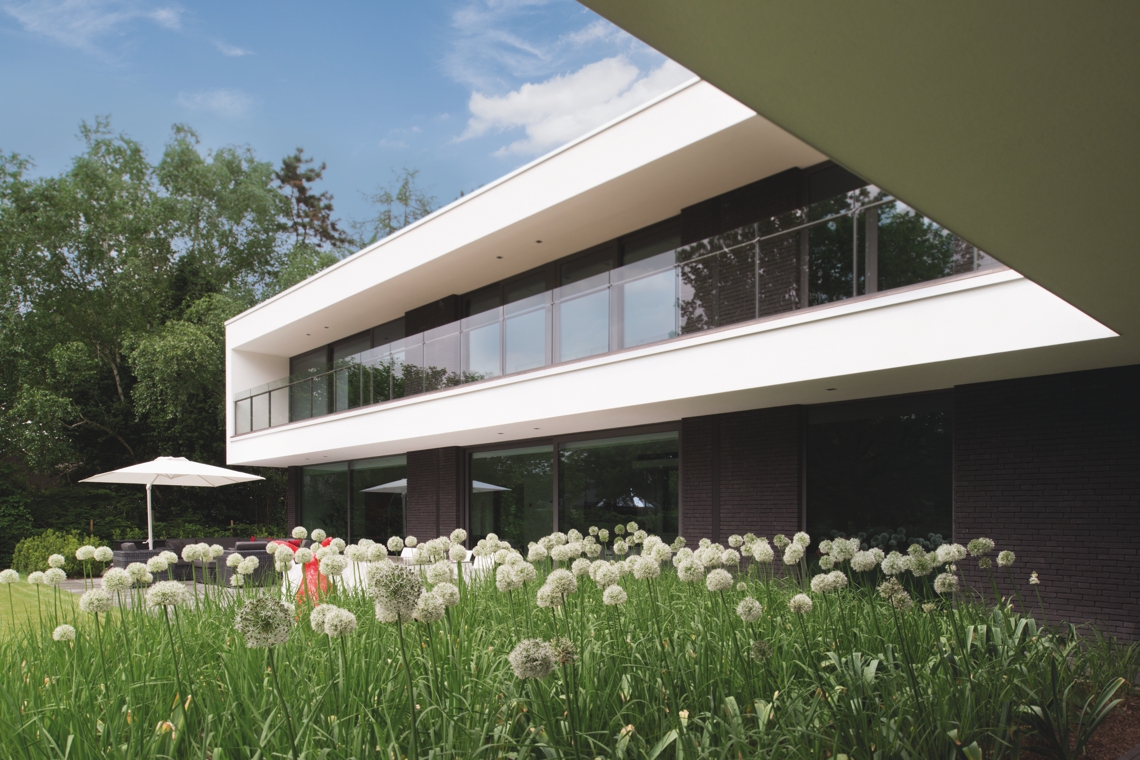 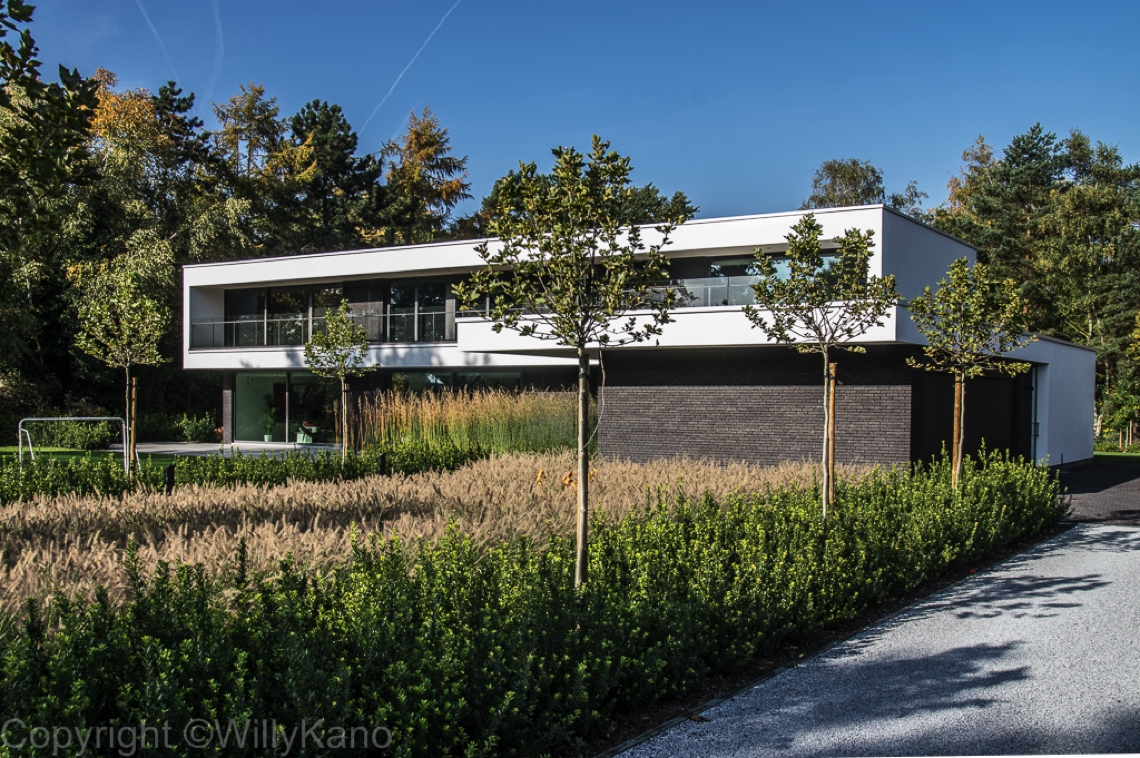 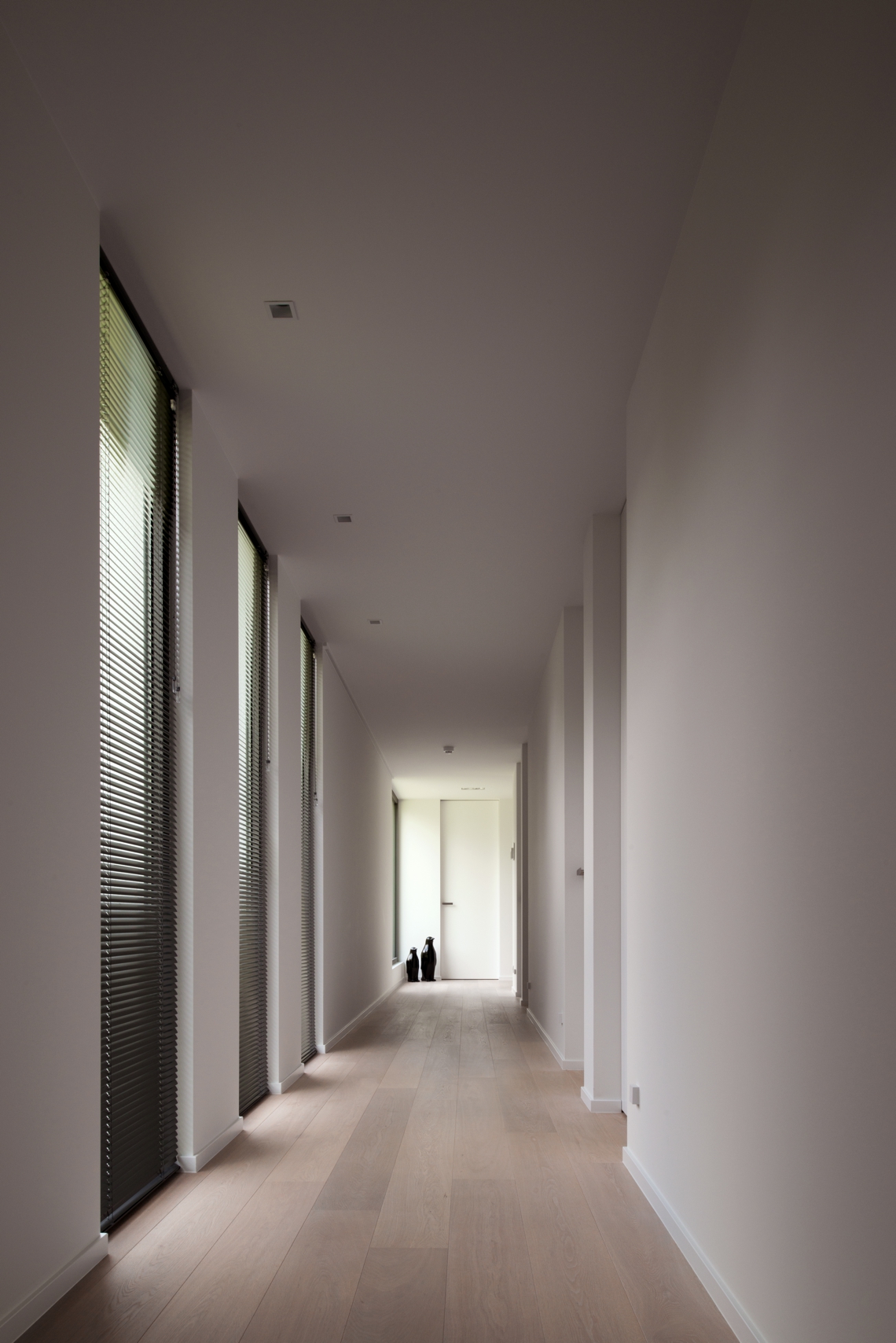 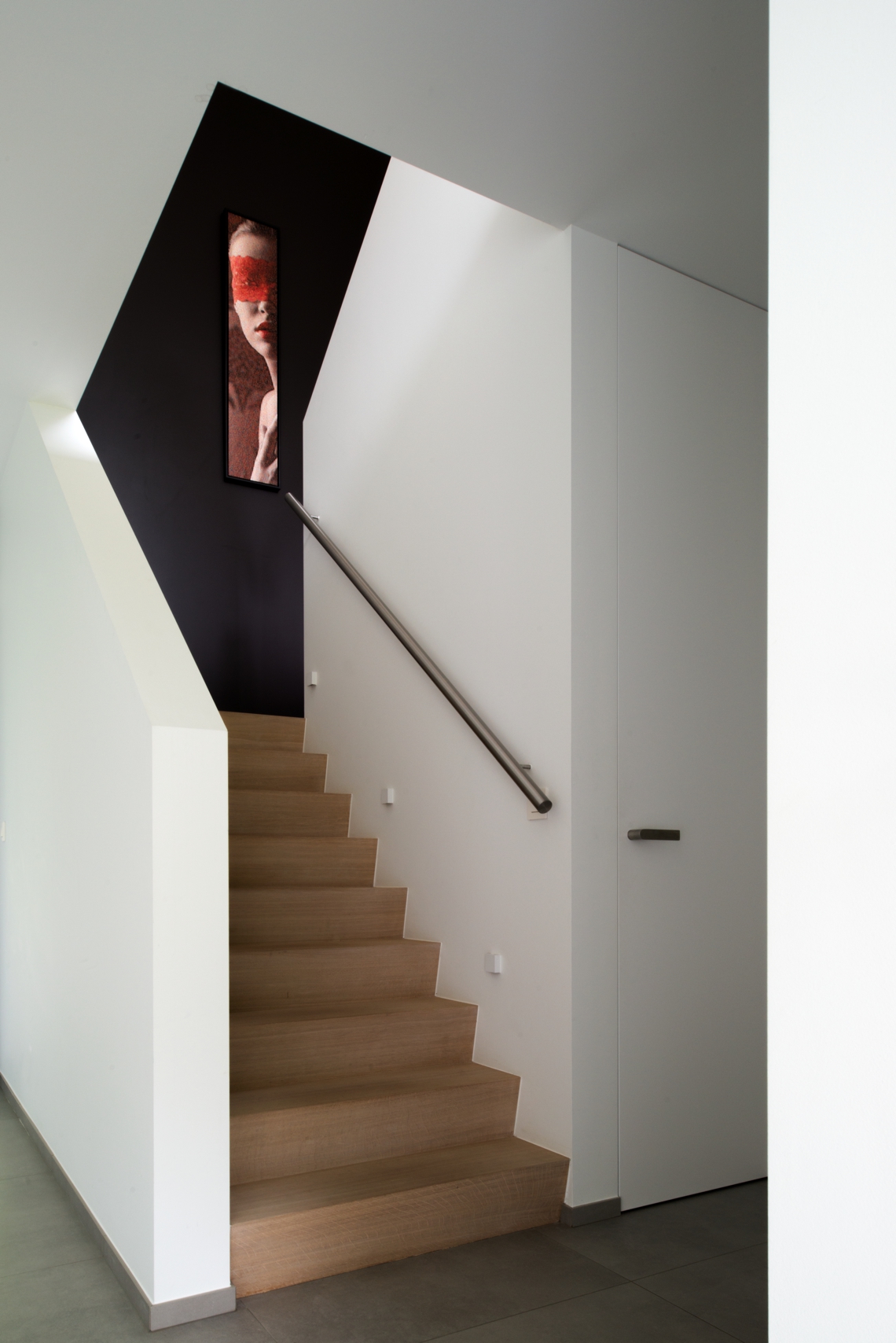 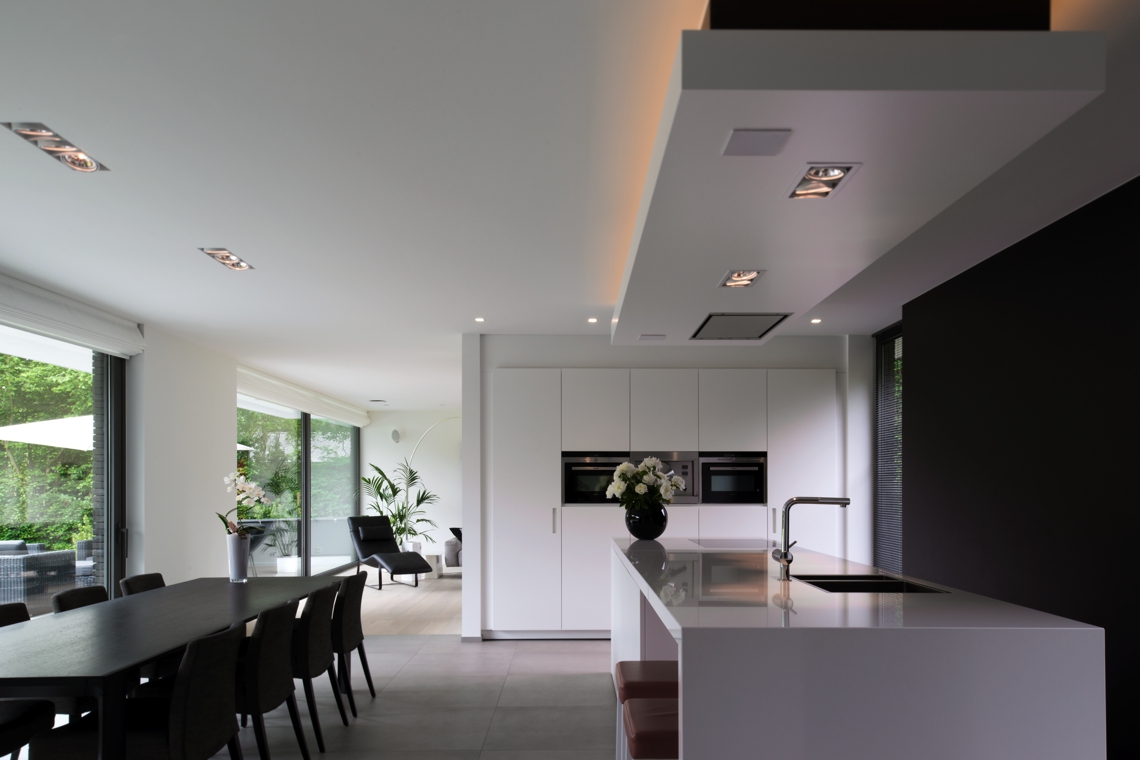 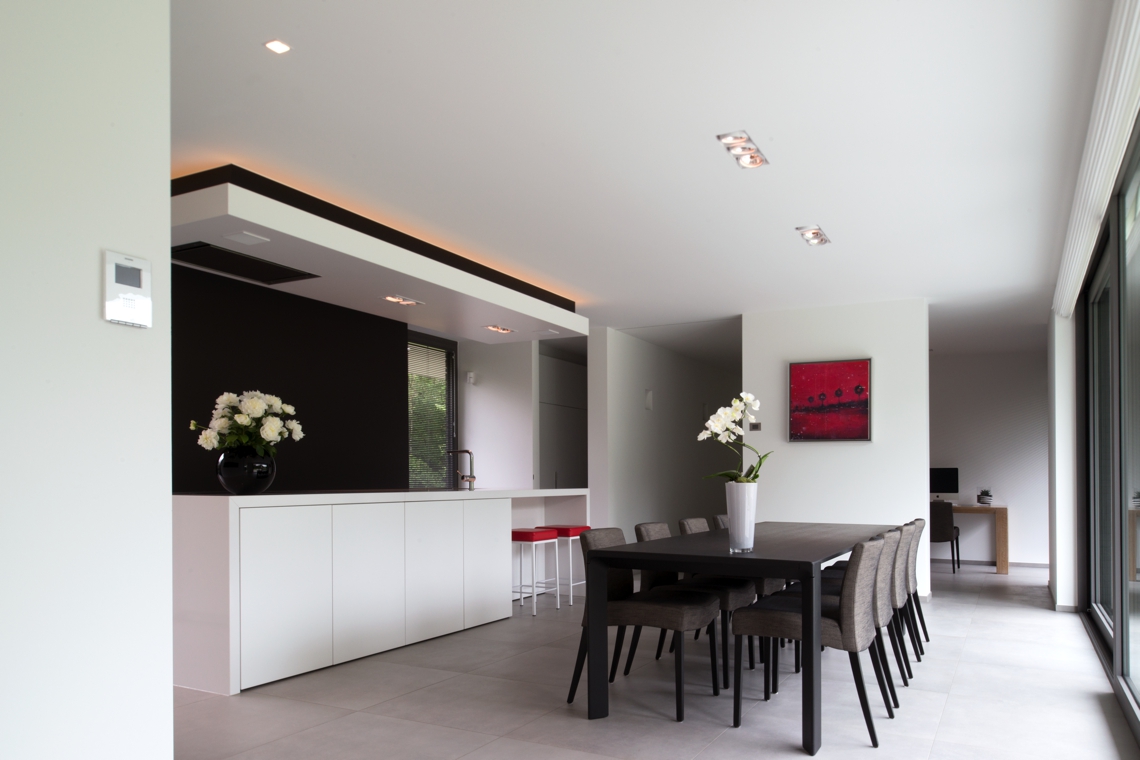 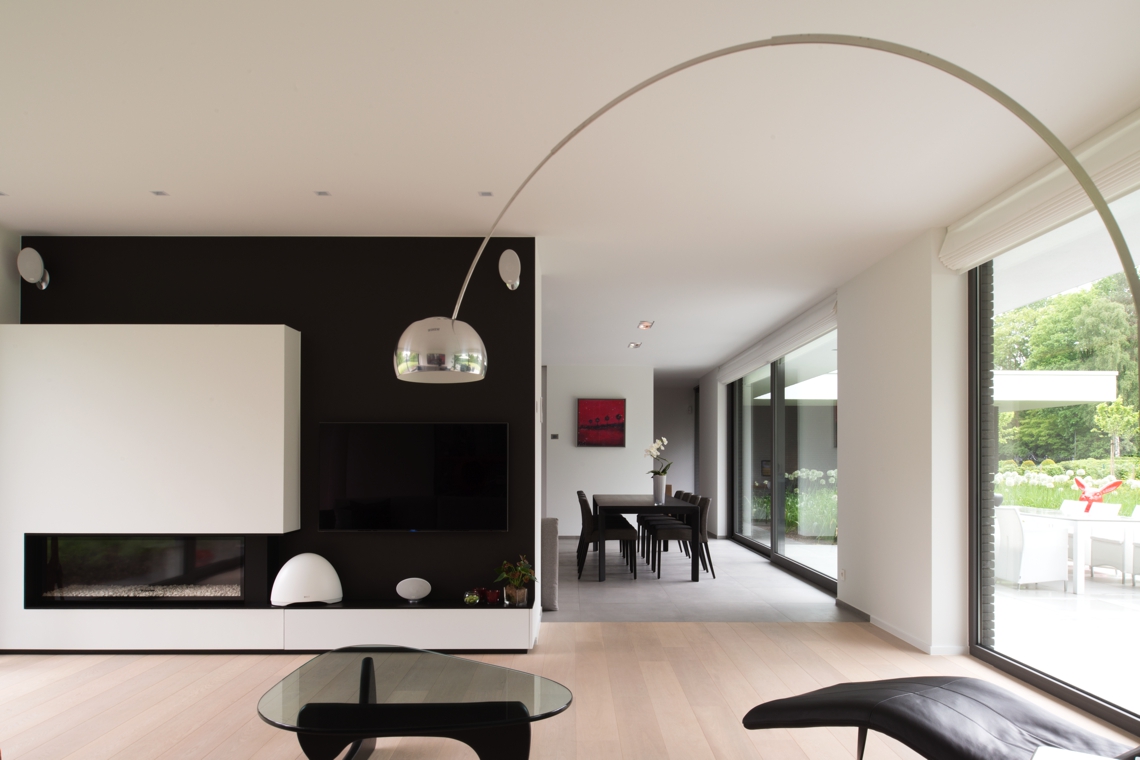 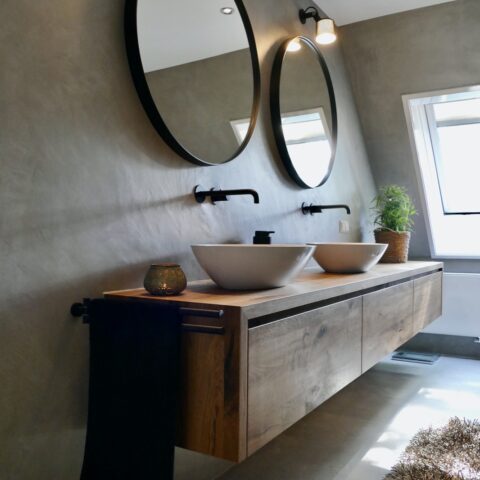 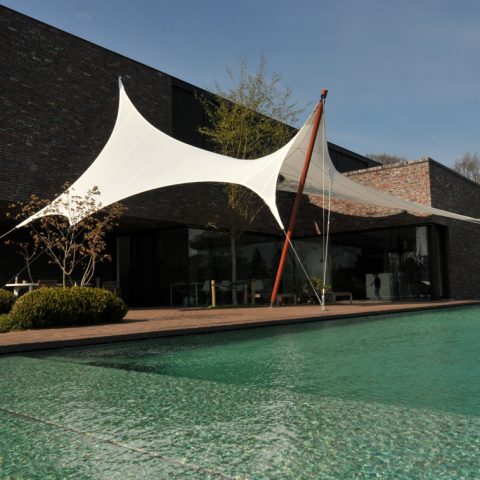 Next project by Schellen Architecten 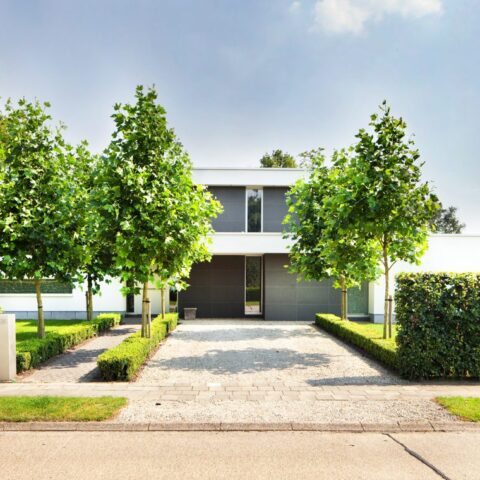