With the successful Porsche racing driver Ben Pon in power, who also imported Porsche into the Netherlands, the Pon company had a hypermodern, powerful image. Between 1955 and 1961, the young architect Ben Ingwersen designed ‘Autopon’. It became the then head office and garage building with homes for Pon’s Automobielhandel. Ingwersen was a big fan of Le Corbusier. This is clearly recognizable in the design of the building by the ‘pilotes’ (the tabs tapering pillars), which gave the building volume a floating character. The optimal incidence of light, the use of bare, functional concrete and the unobstructed view were also typical influences that were revolutionary in that period. The building formed the link between the old town and the modern western residential areas, which were under construction at the time. The building was labeled as a key work in Dutch architecture of that period and is now a national monument.

Transformation into a Penthouse
As a crowning achievement, Ingwersen placed a two-storey structure on the roof, with a spectacular 360-degree view of Amsterdam. This housed a technical room and the board room of the company. After the building was given a different purpose, the opportunity was offered to transform both these spaces into a Penthouse. Because of the monument status, major interventions to the architectural structure were out of the question. By removing all the old non-structural adjustments, the building was stripped to the bone. As a result, the quality and the new possibilities suddenly became clearly visible. By subtly adapting passageways in strategic places, a completely new layout could be created. The aim was to connect the interior in an abstract way with the style period of the building and the location. The designs from the mid-century period were characterized by their flowing open floor plans, abundant light, spaciousness and air. The long unobstructed sightlines are just right here, because the view over the city is spectacular.

Applied materials
Our use of materials and colors has been kept natural and modest. In collaboration with the client and initiator, Haico de Boer, all the furniture was selected and designed for functionality and comfort. The lighting plan is not intended as an eye-catcher, but supports the architectural structure of the spaces and accentuates the works of art in a modest way. Together they form an atmospheric image that does not distract, but reinforces the connection with the view and the environment. 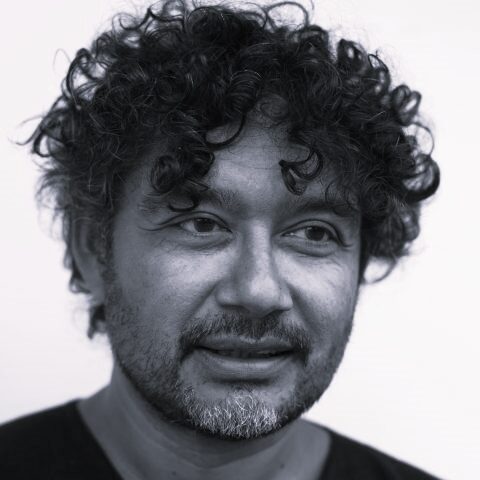 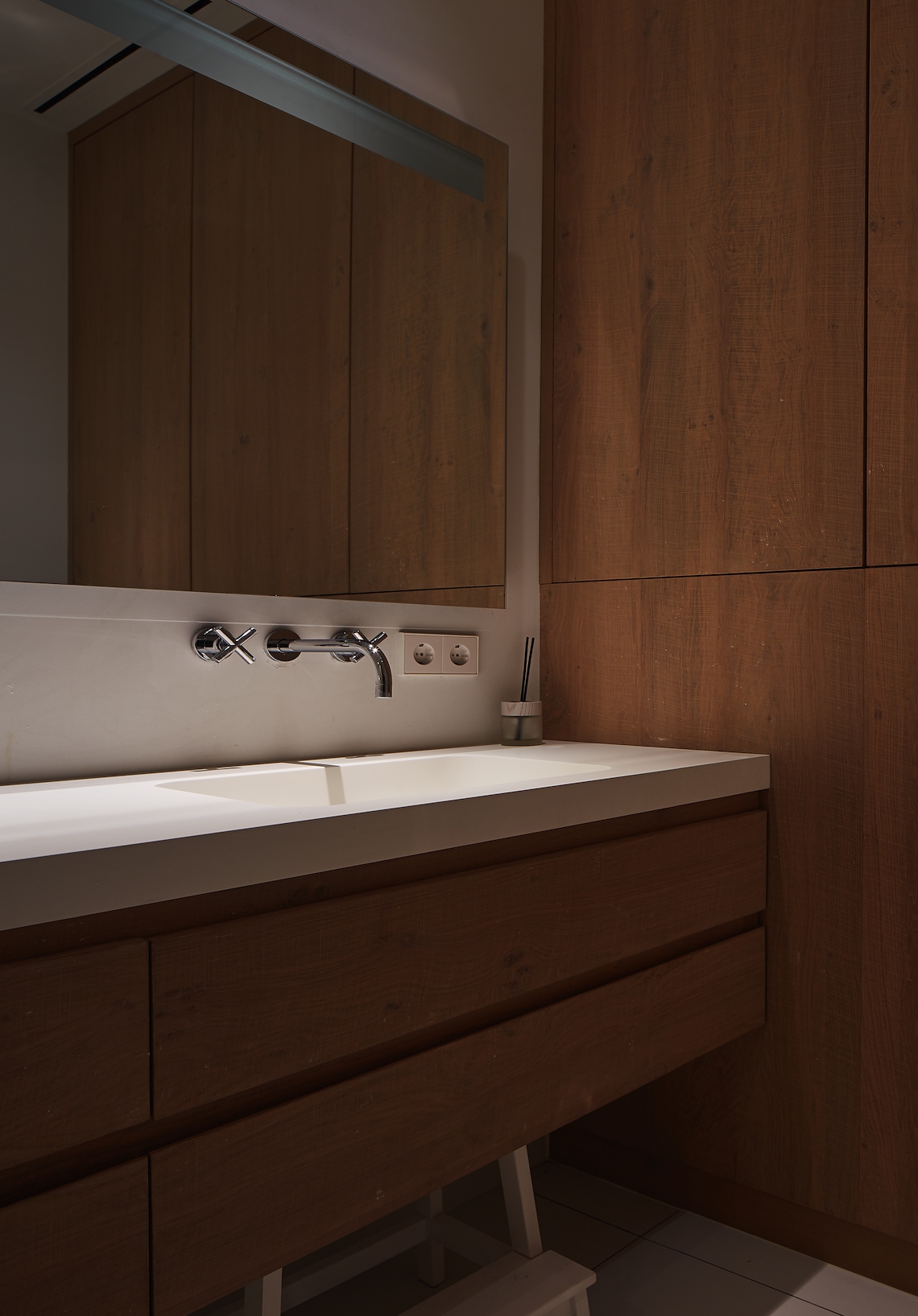 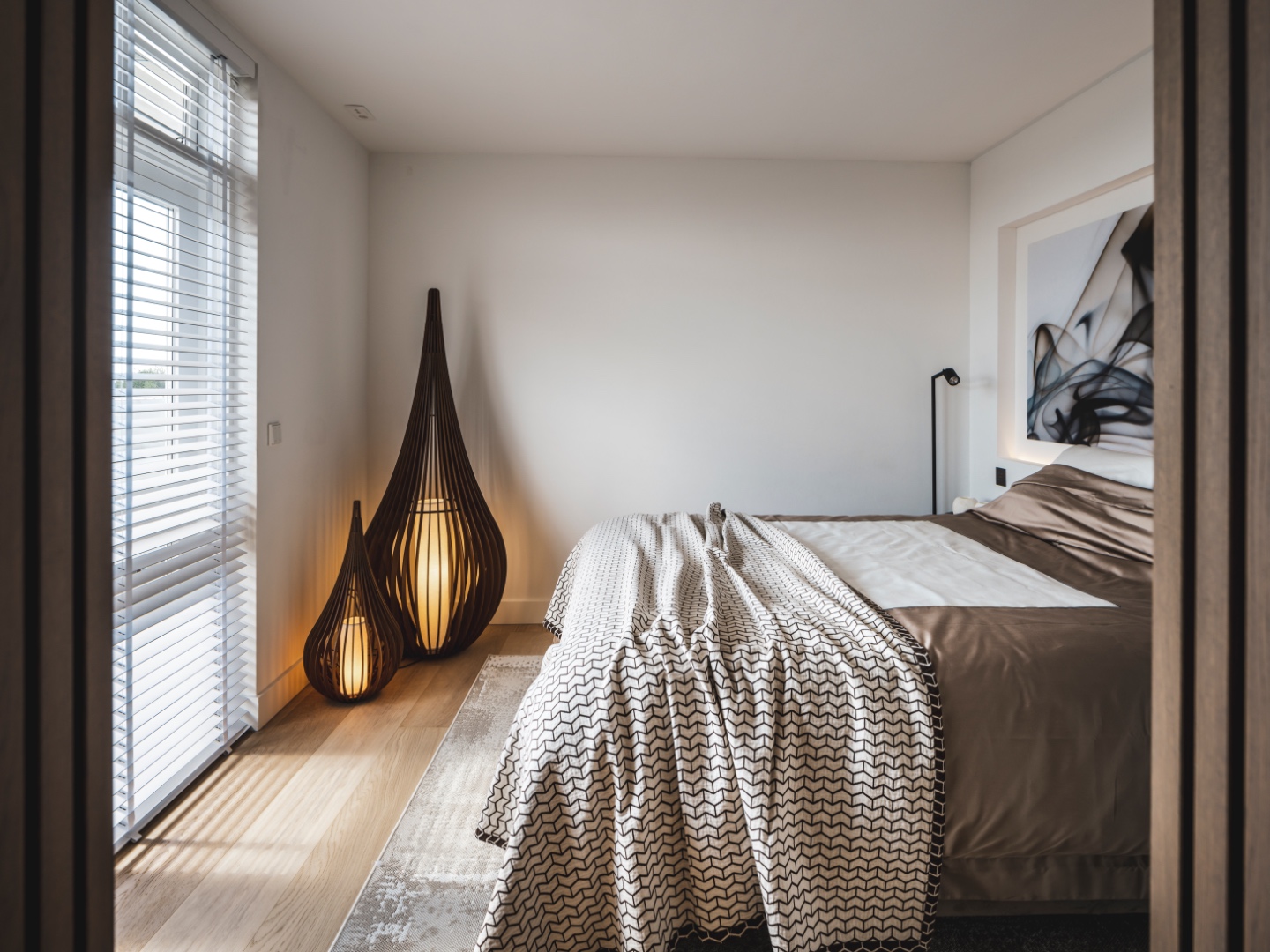 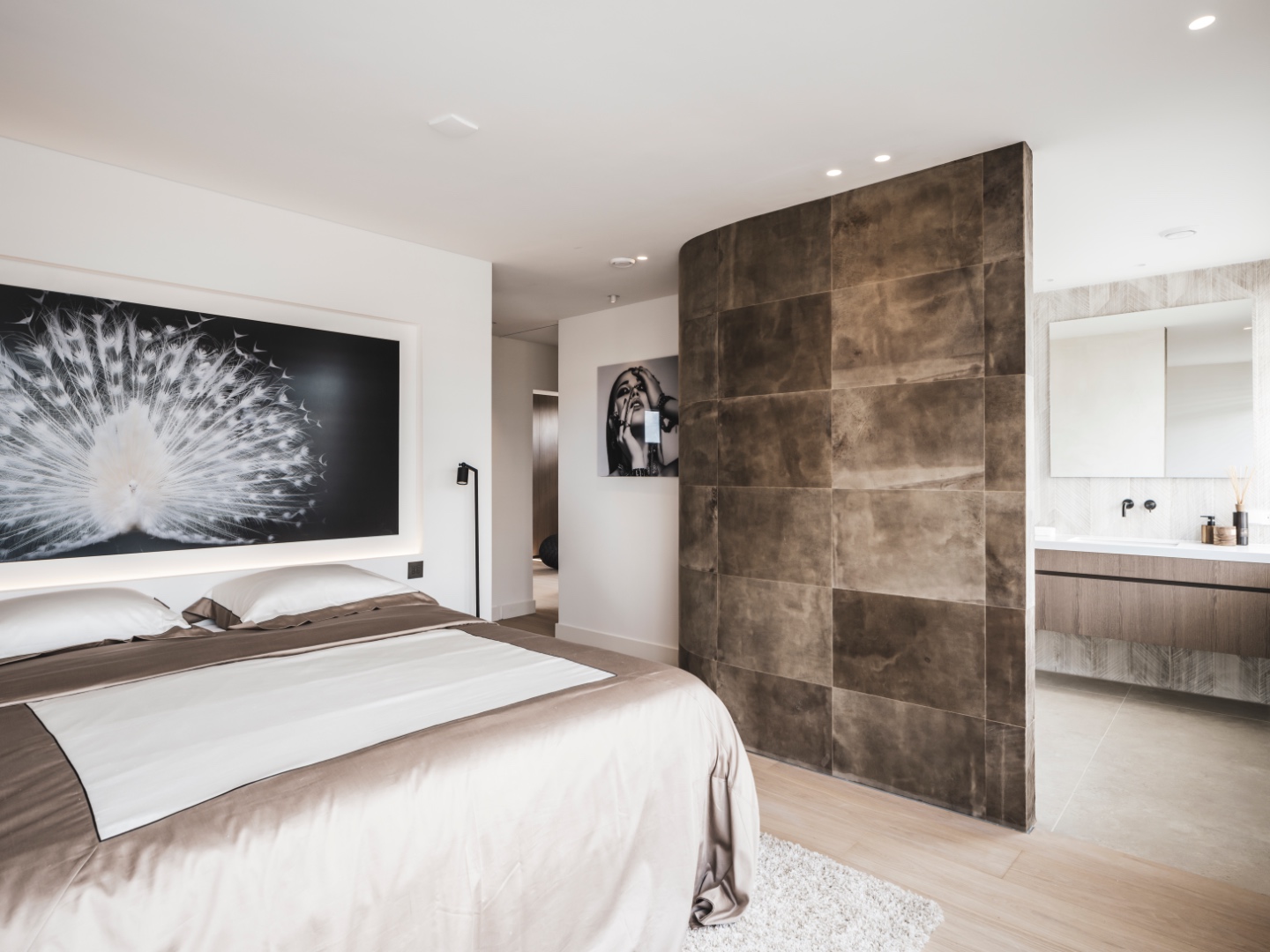 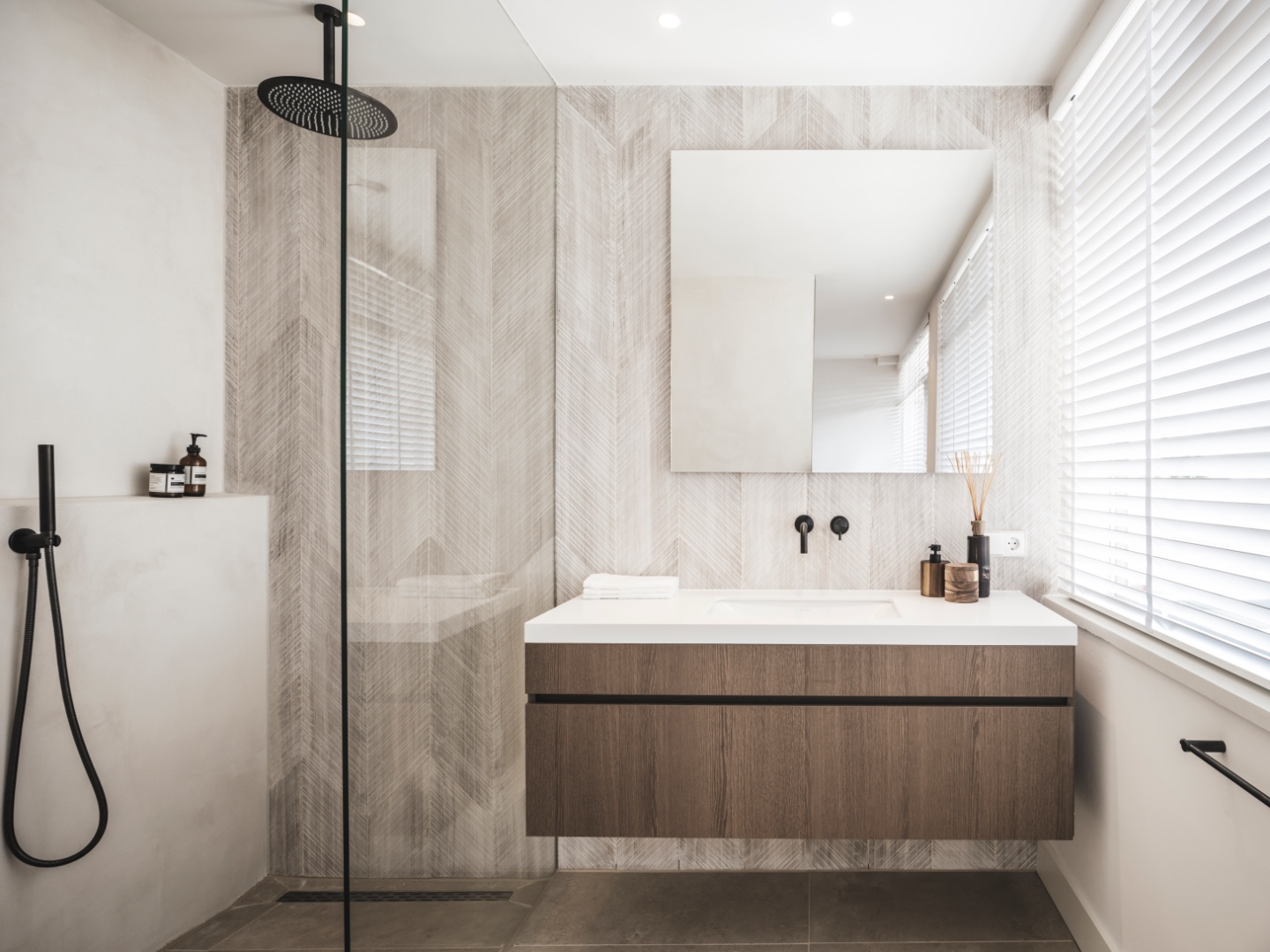 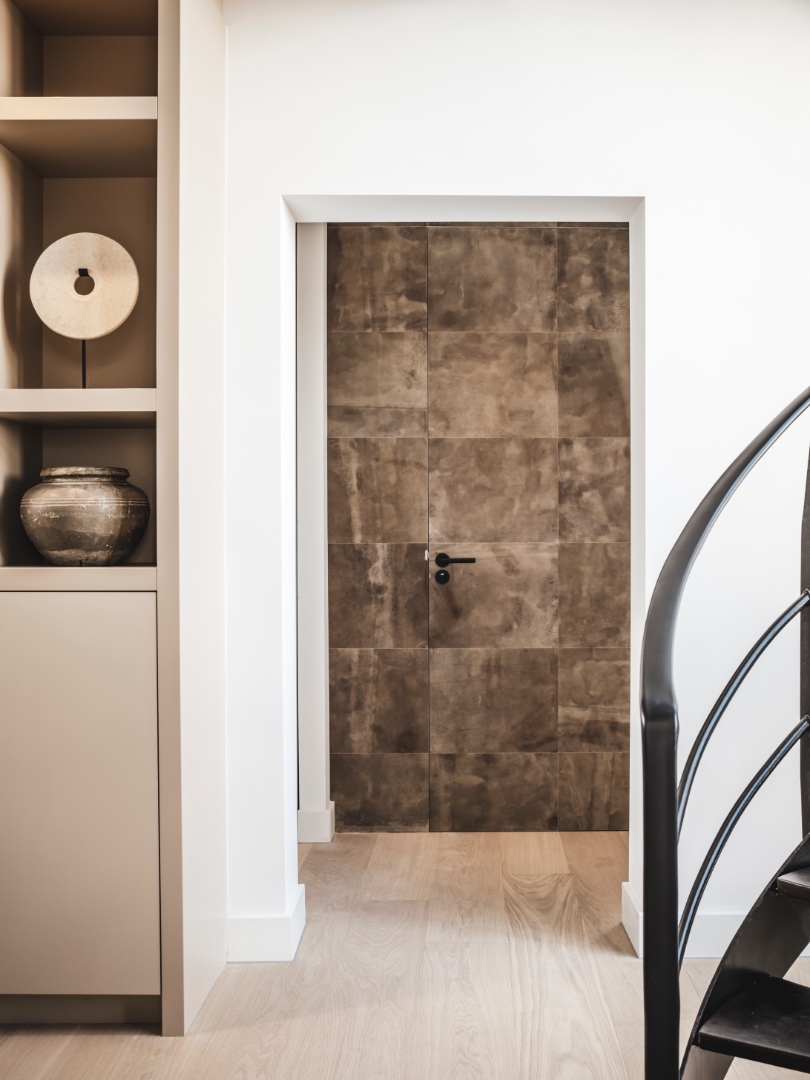 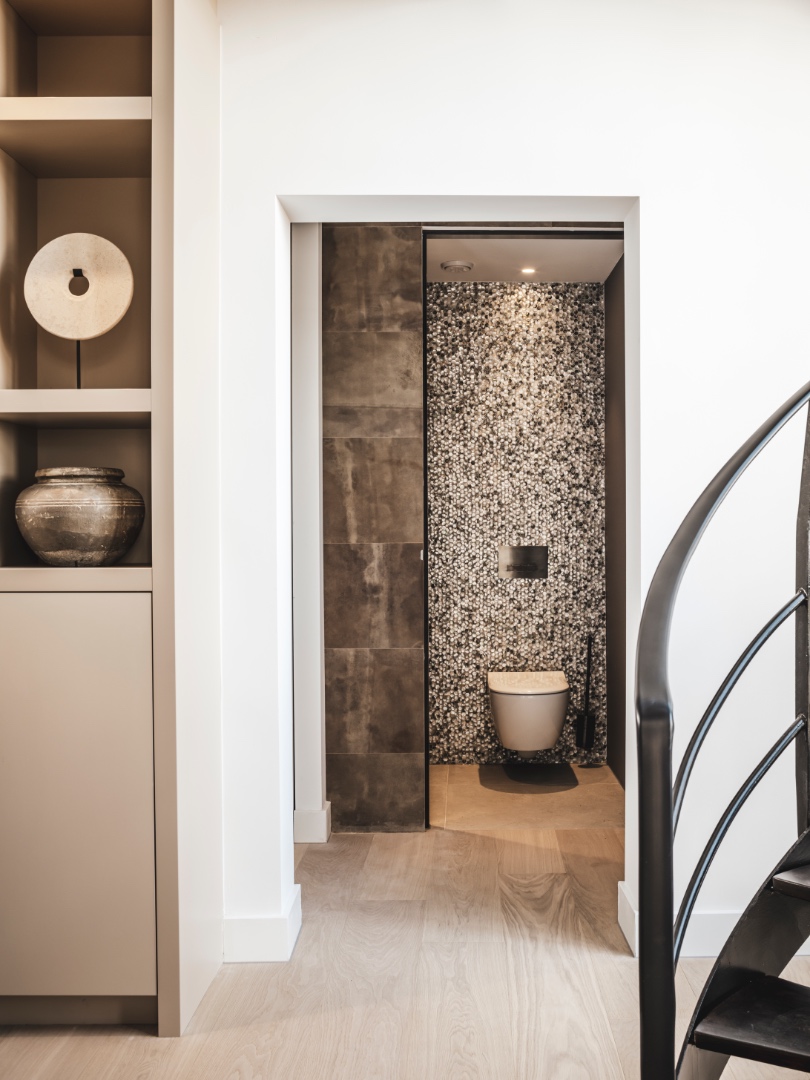 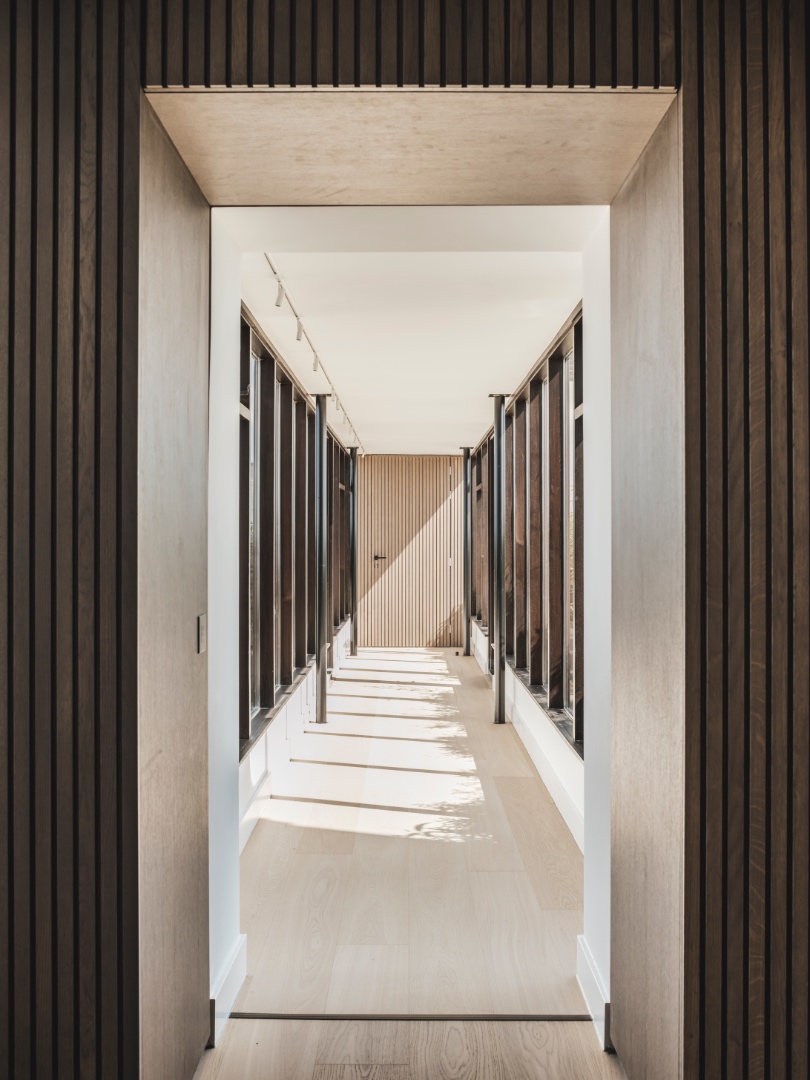 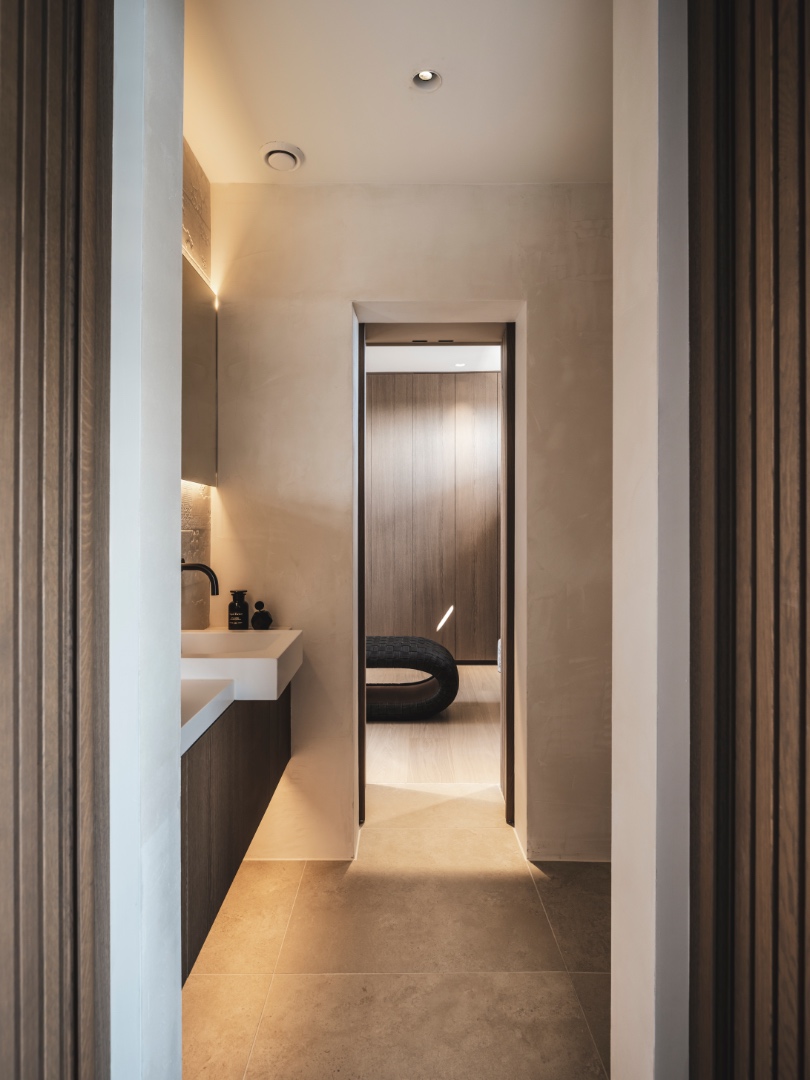 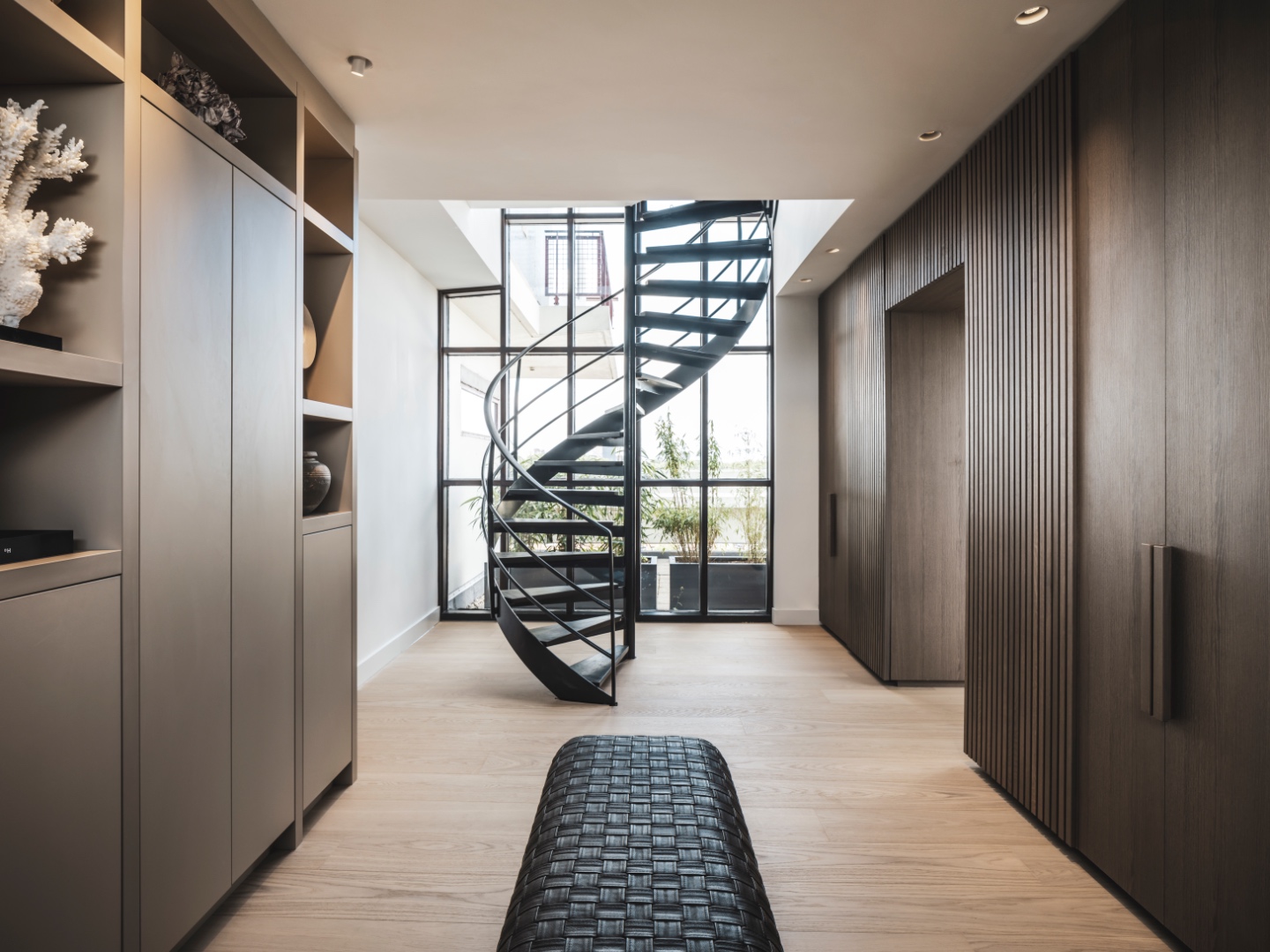 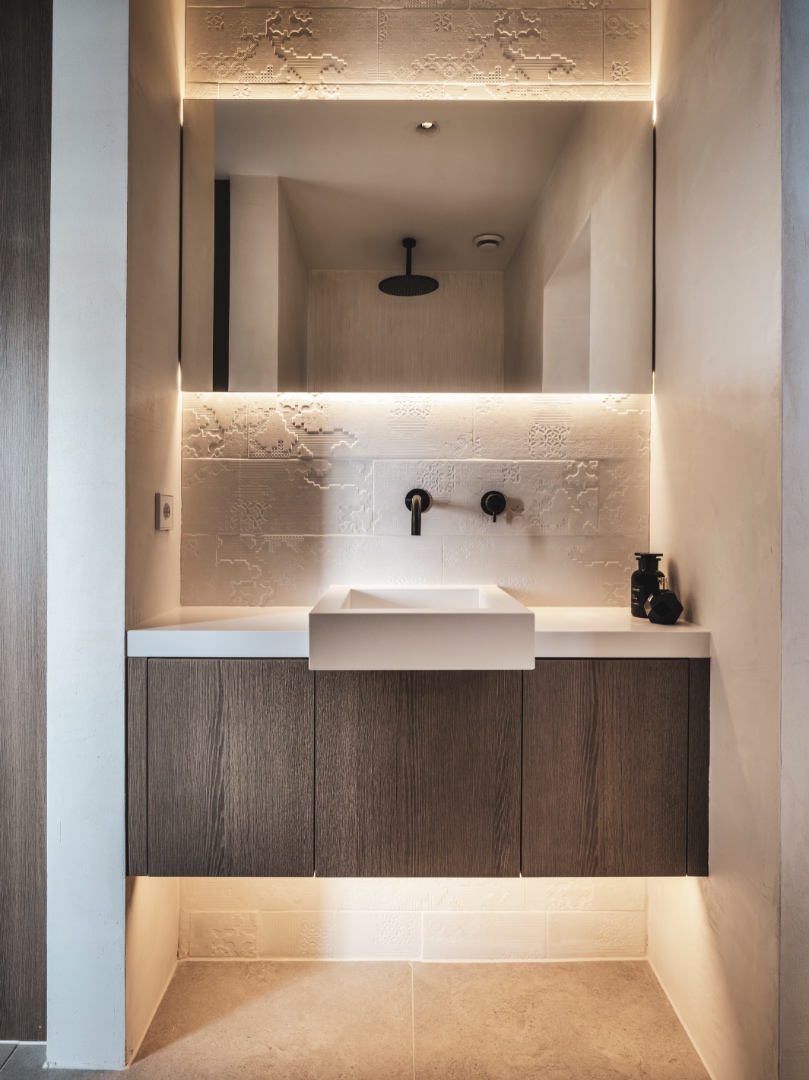 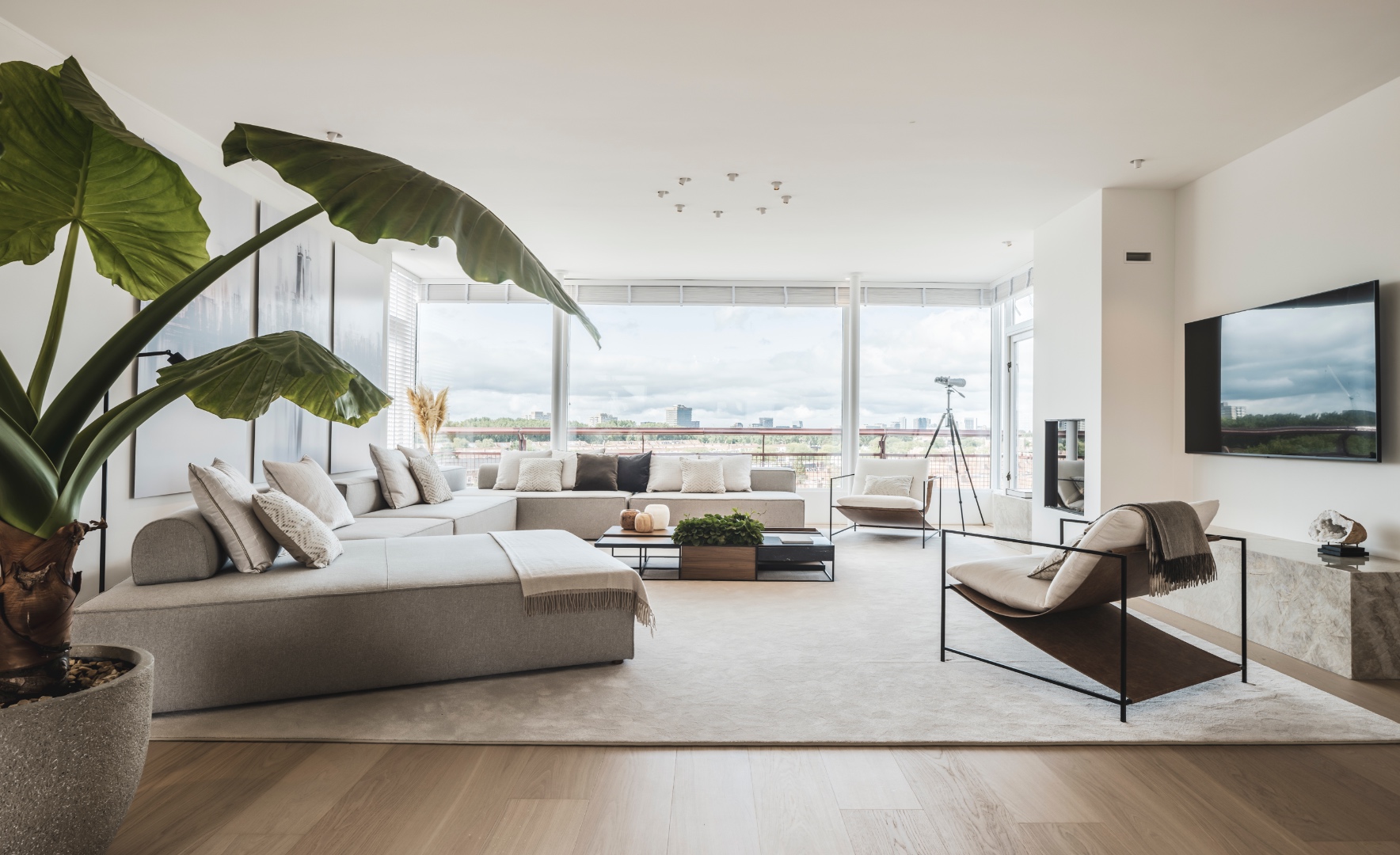 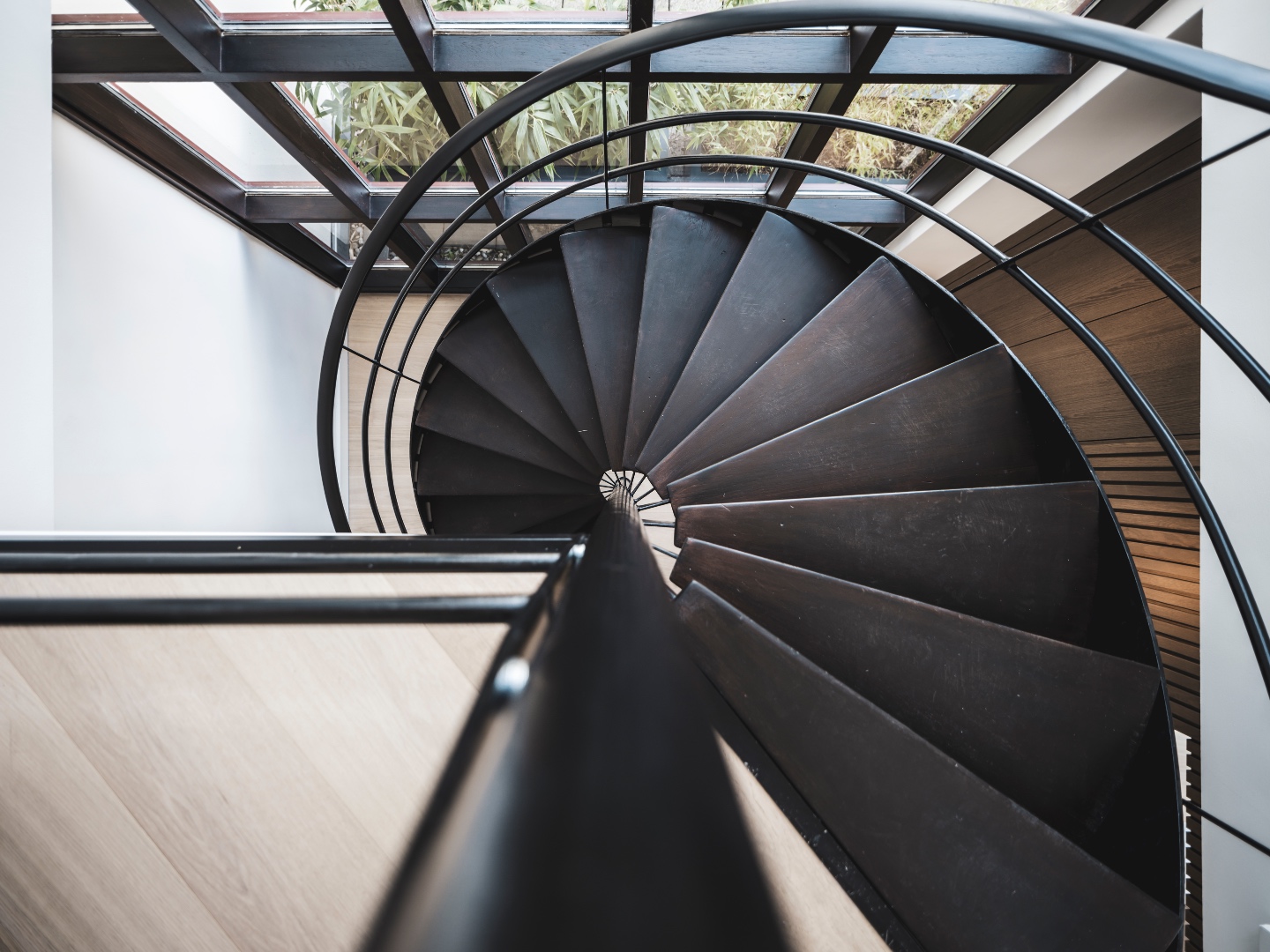 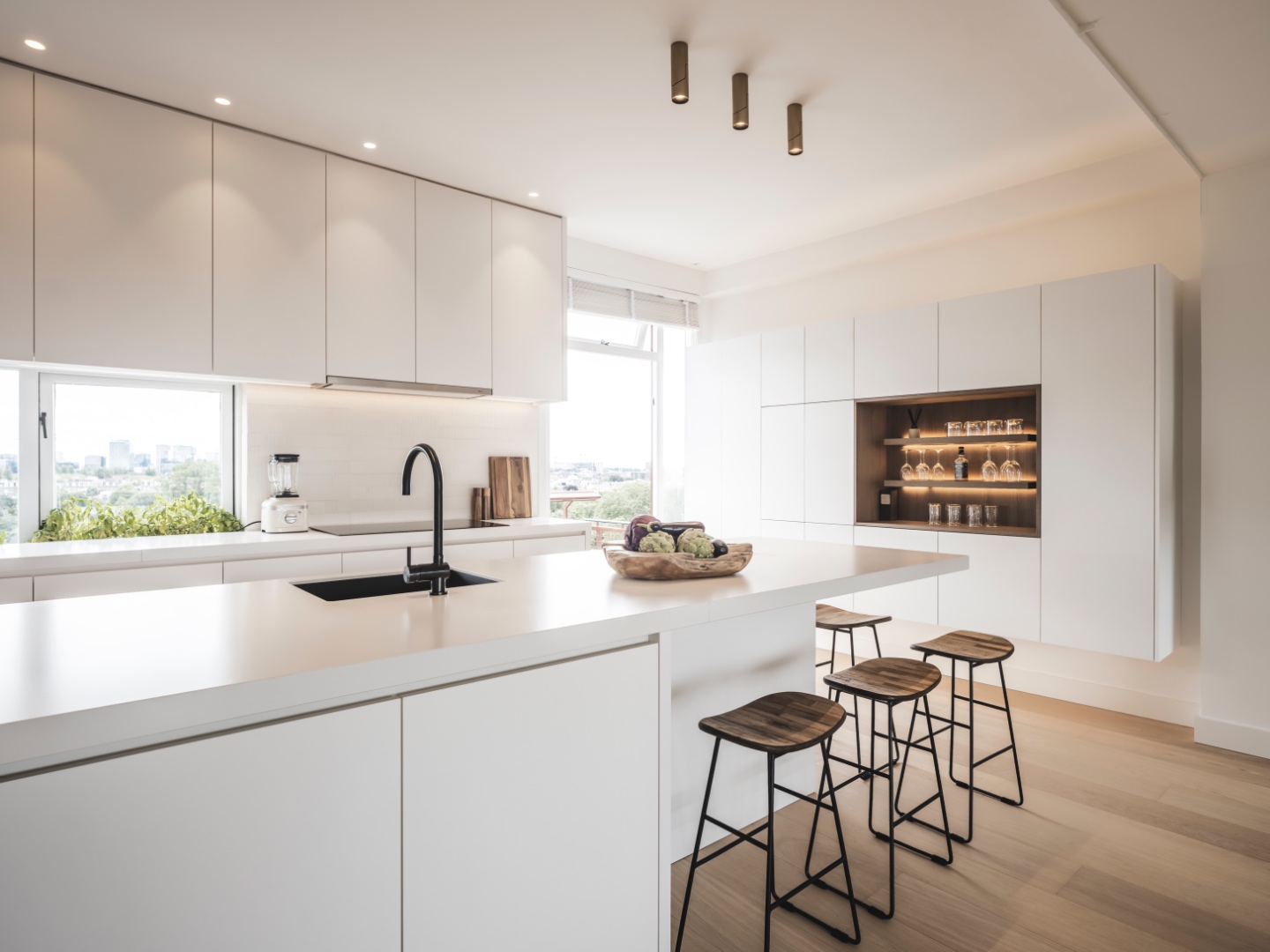 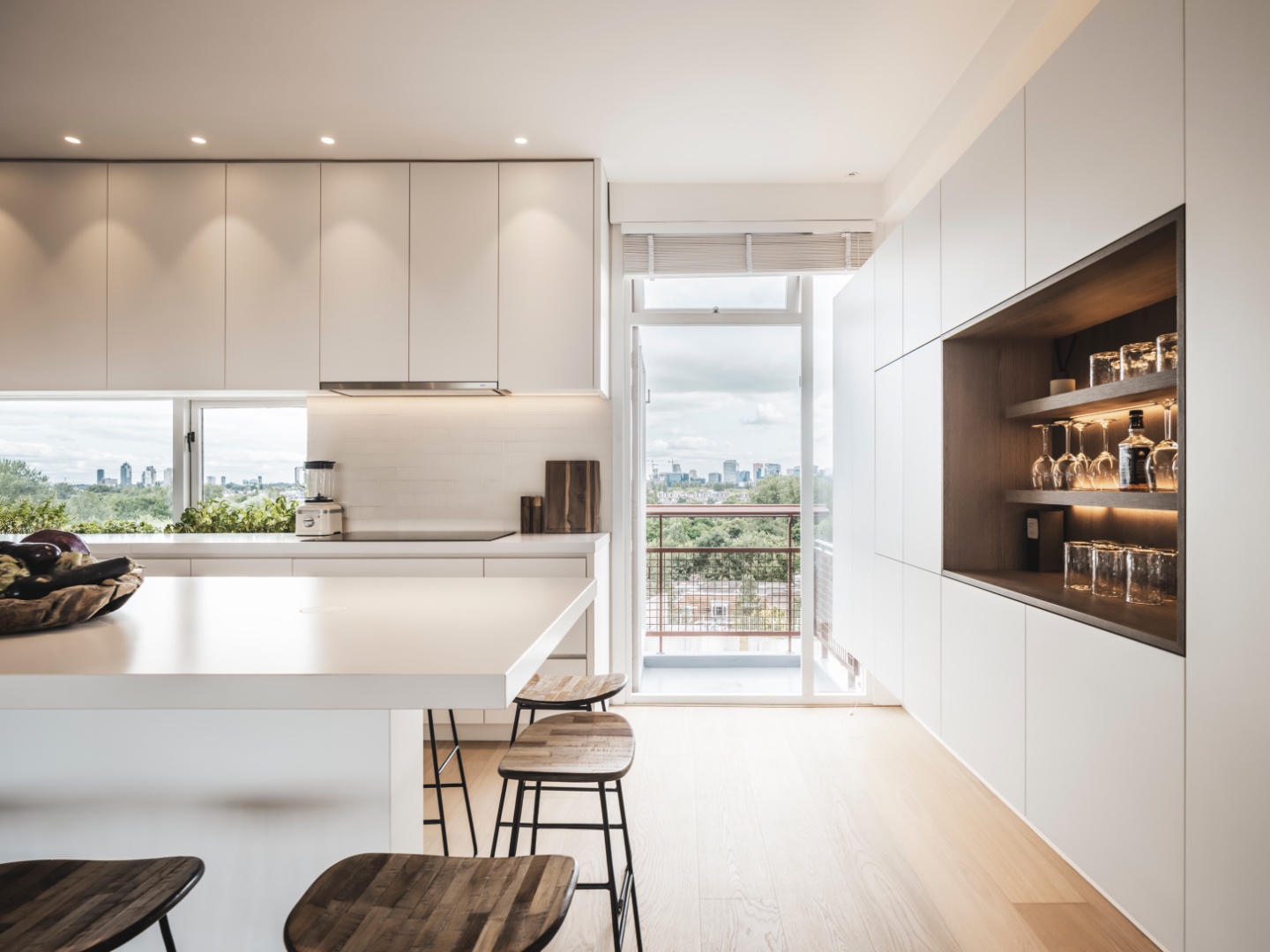 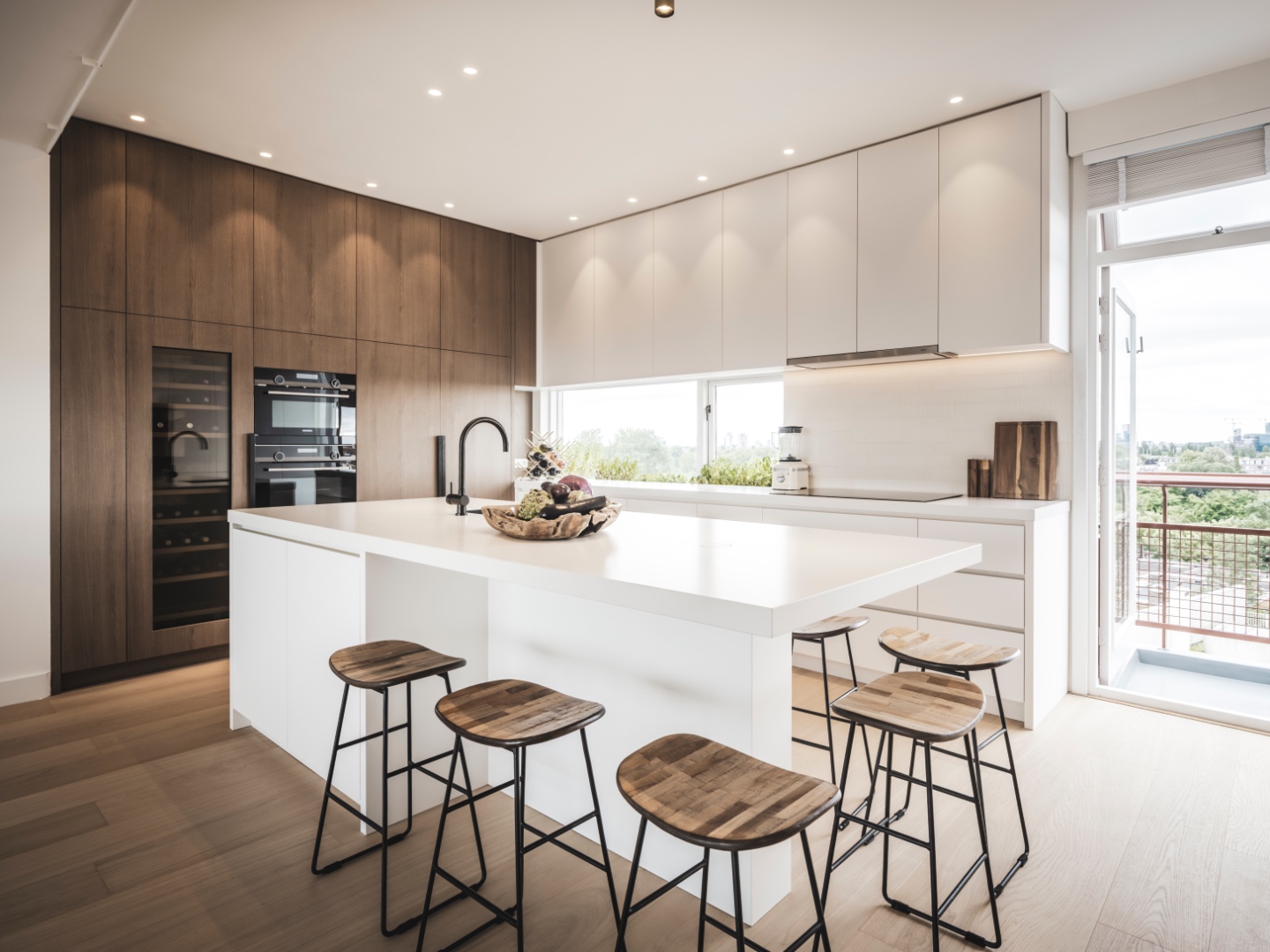 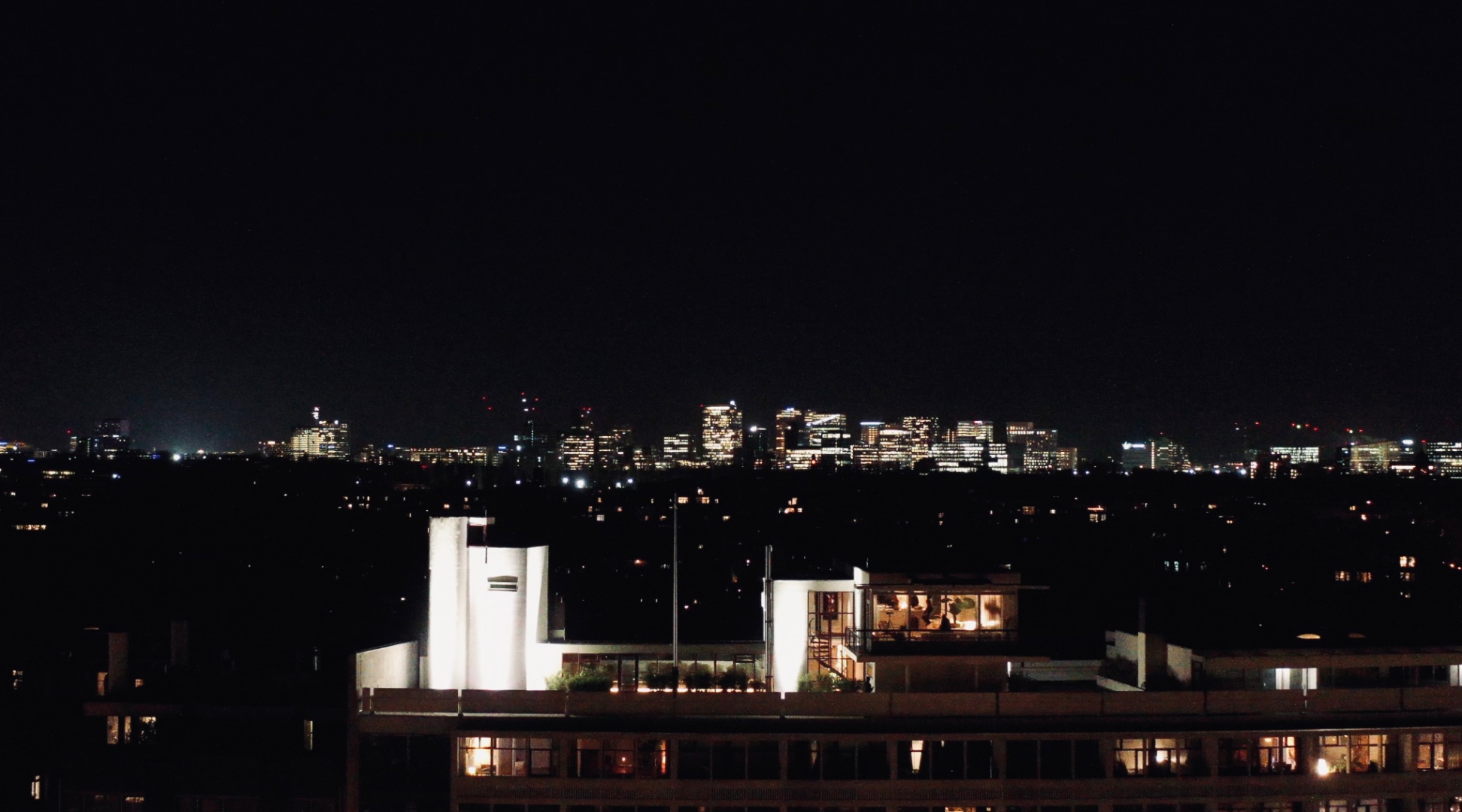 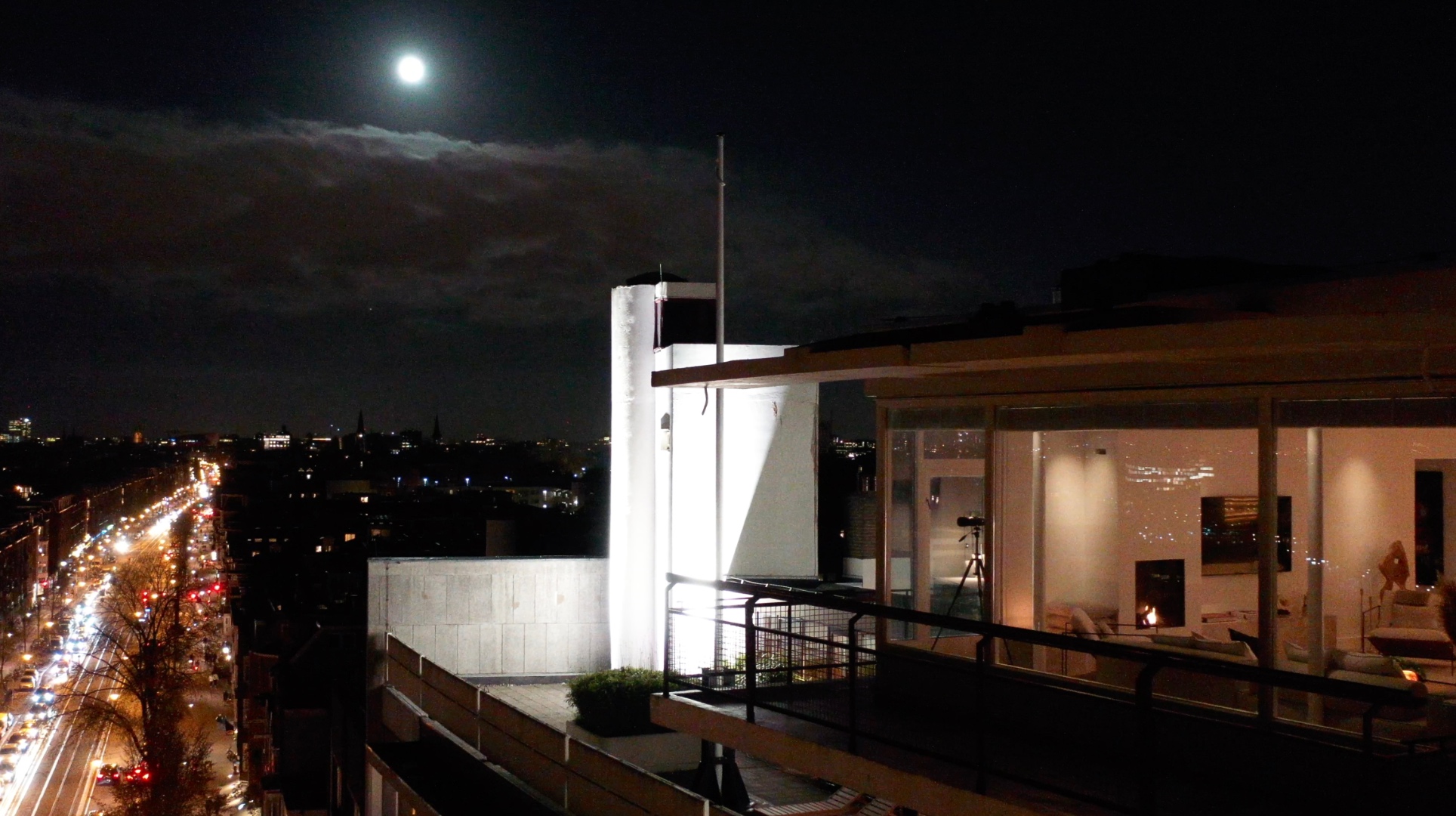 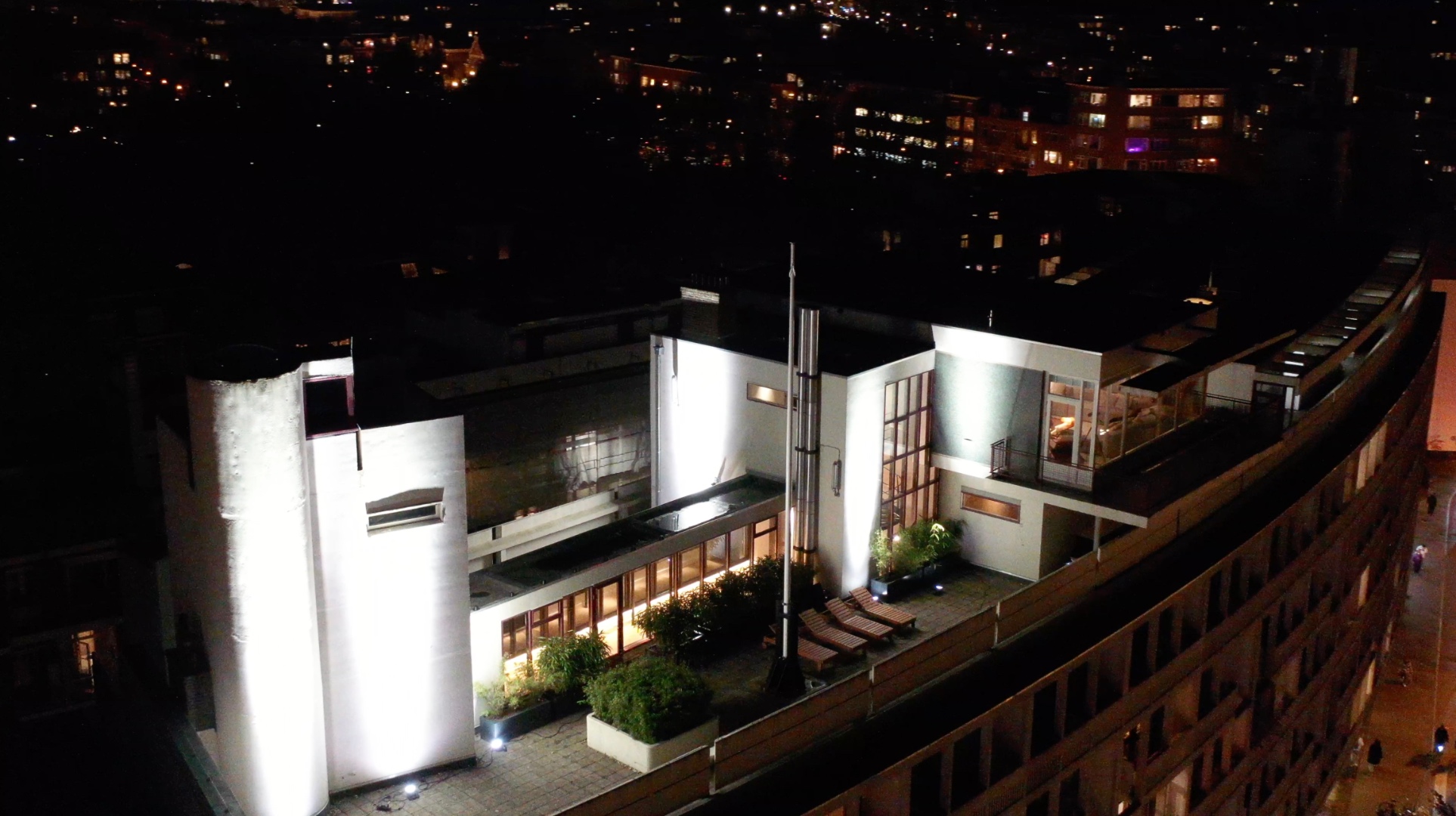 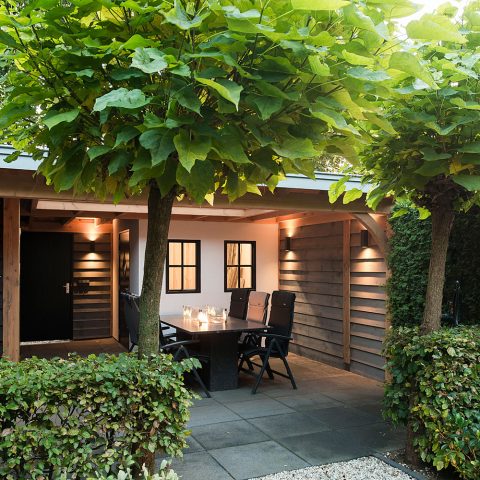 Veranda with storage room and skylight 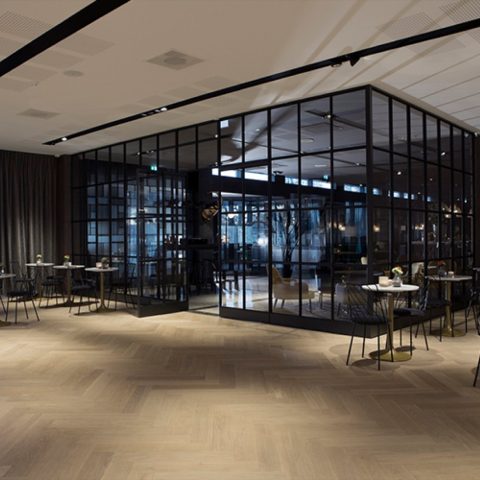 Steel doors: an addition to any business premises 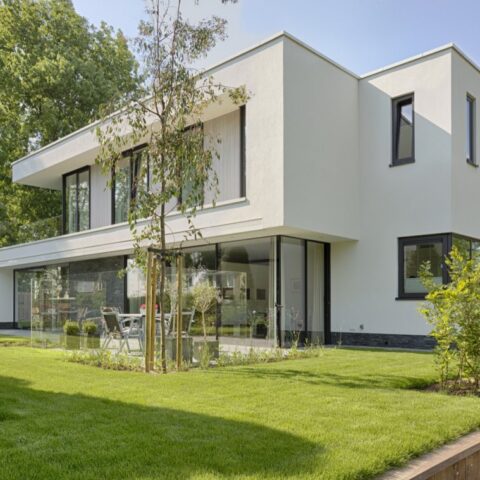 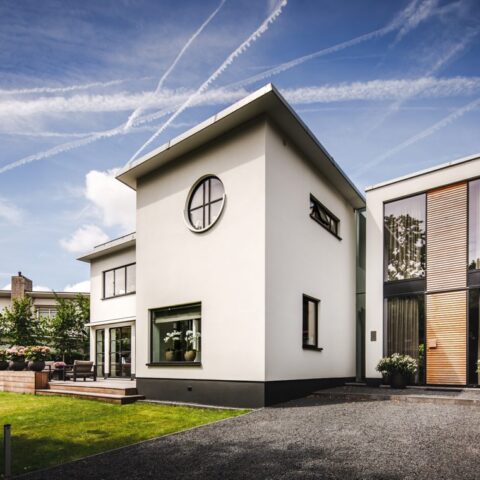