Situated in the hills of the Trousdale Estates of Beverly Hills, this house was originally built in 1959. Before the undertaking of this project, the original entry had been filled in by a later bedroom addition, forcing visitors to enter through the carport, into a very tight courtyard. The removal of this bedroom, and the installation of a large, pivoting front door, restores the original entrance with heightened drama and grandeur. An added office off of the entry is defined by an angled wall, which creates a smaller entry space, and opens the perspective into the living room.

The house is 4,000 square feet, consisting of three bedrooms, and a staff room. At the outset of the project, the entire house was taken down to the wood stud framing for a complete remodel; every surface and finish is new, inside and out. The kitchen, previously closed off from the house, now opens up to the living room, dining room, and sweeping views of Los Angeles.

The existing swimming pool, which consumed the entirety of the exterior deck, was cut in half. This reduction not only opens up the exterior areas to increase usable space, but also serves as a division that separates the pool from covered, furnished terrace.

This project intends to update the Beverly Hills residence for the Twenty-First Century, while maintaining the structure’s Mid-Century Modern spirit. 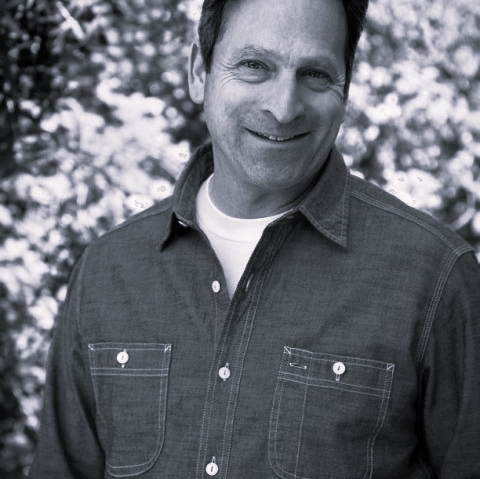 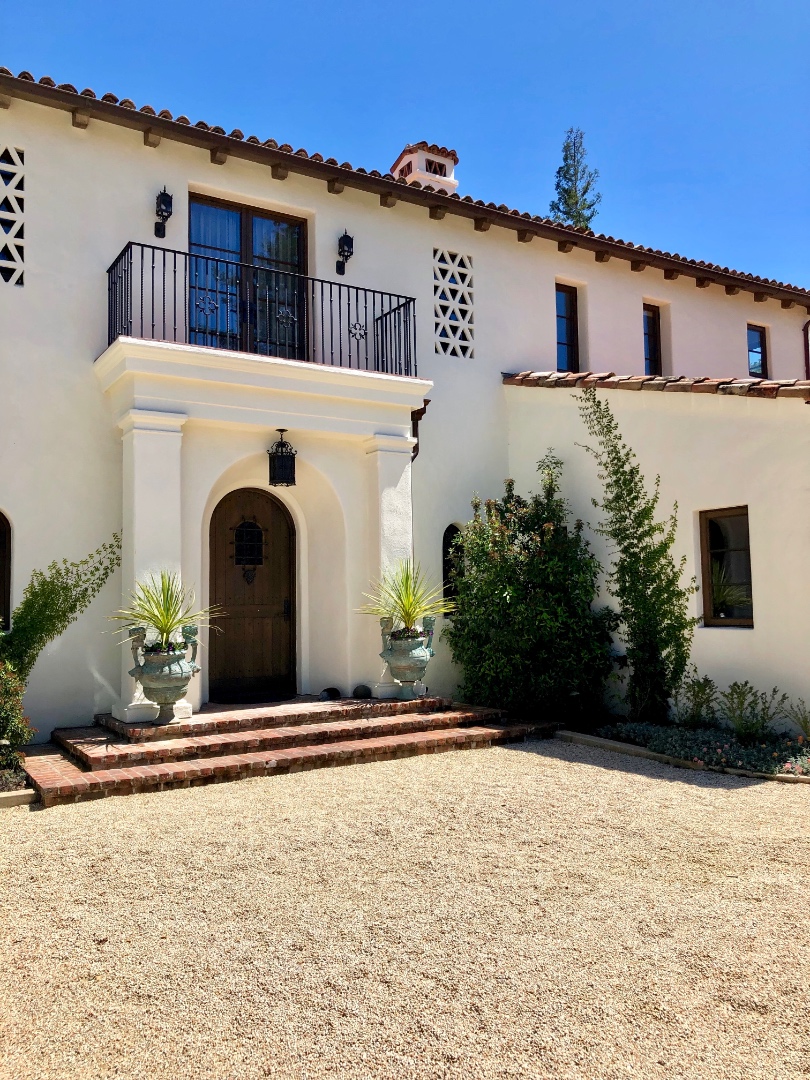 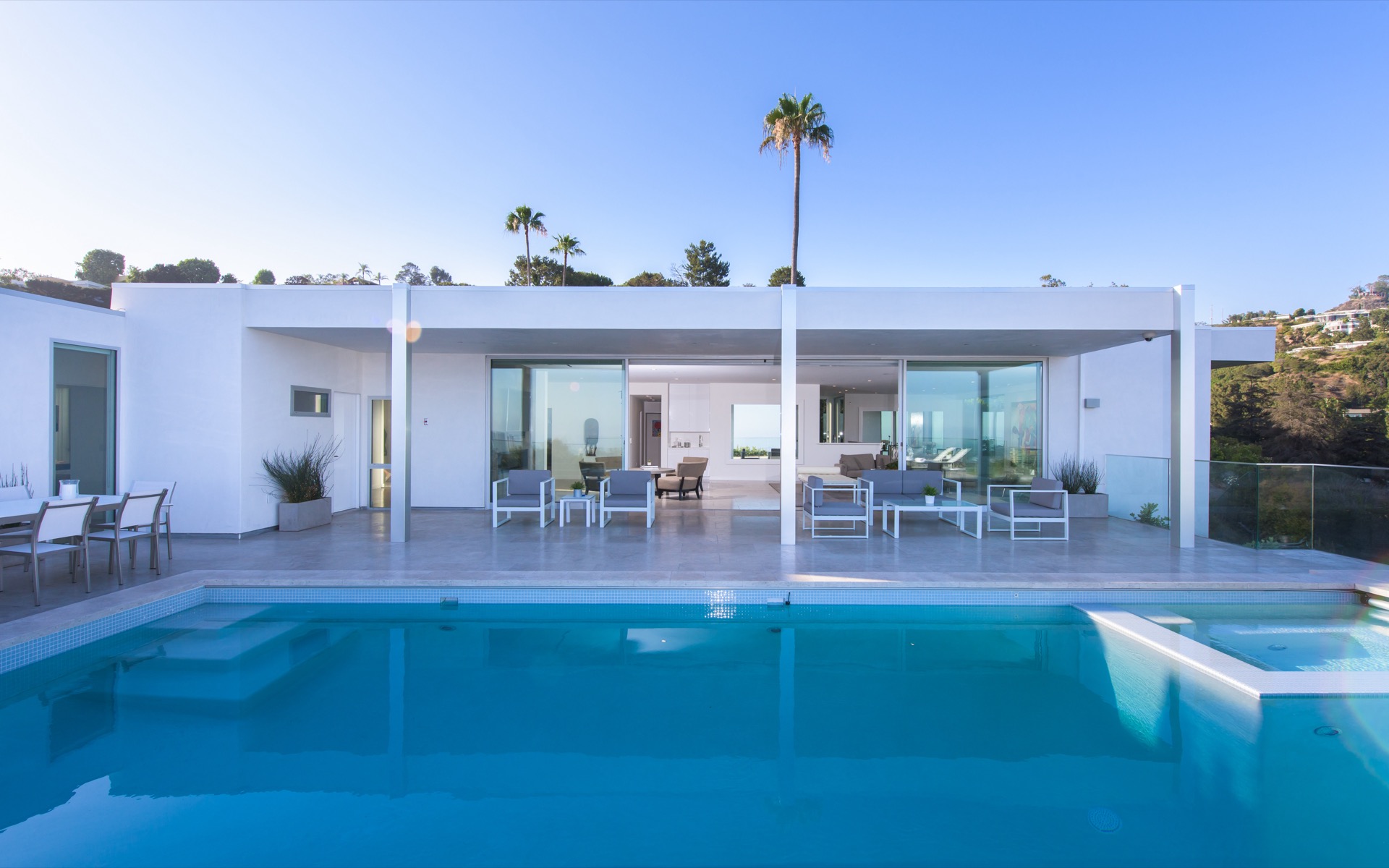 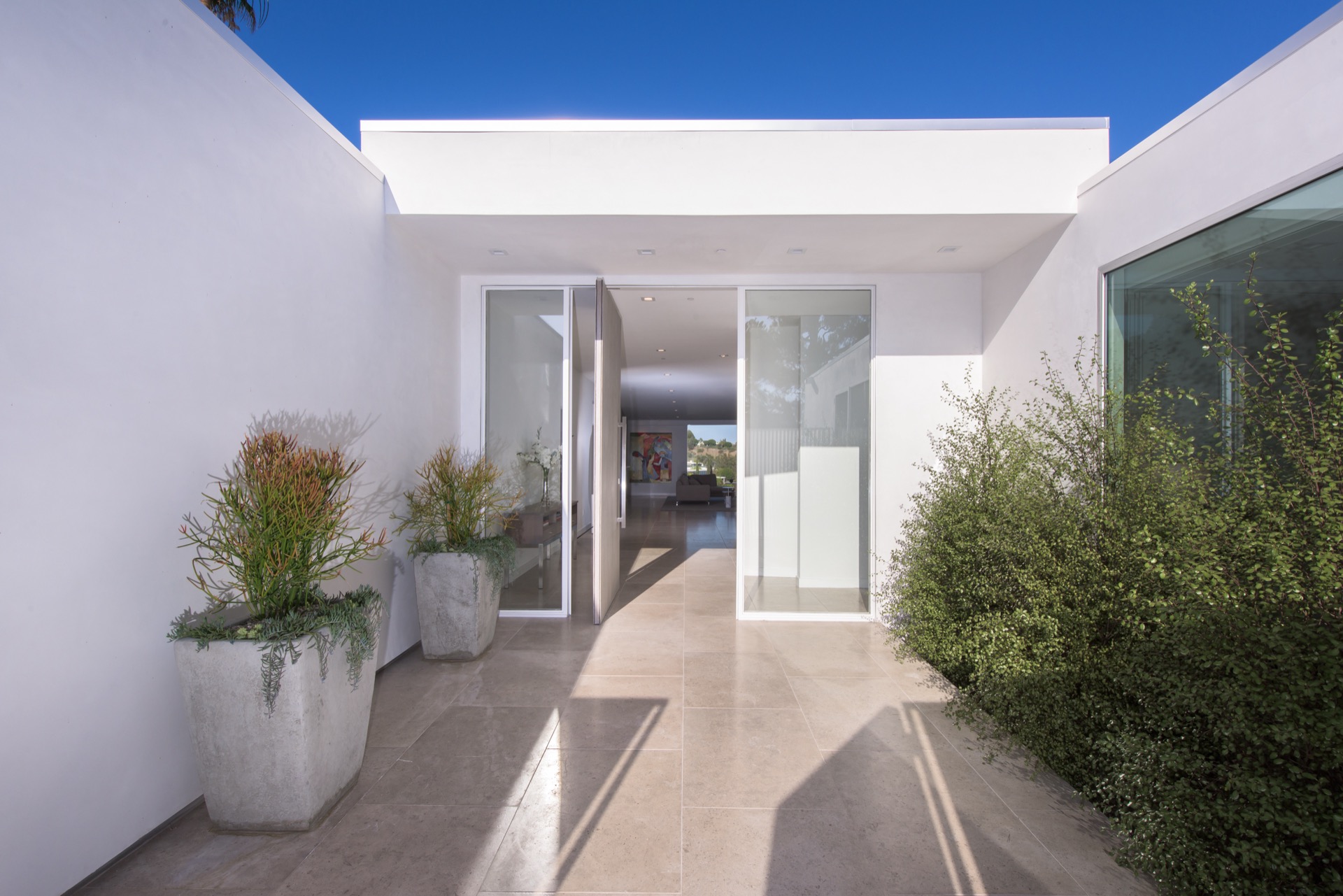 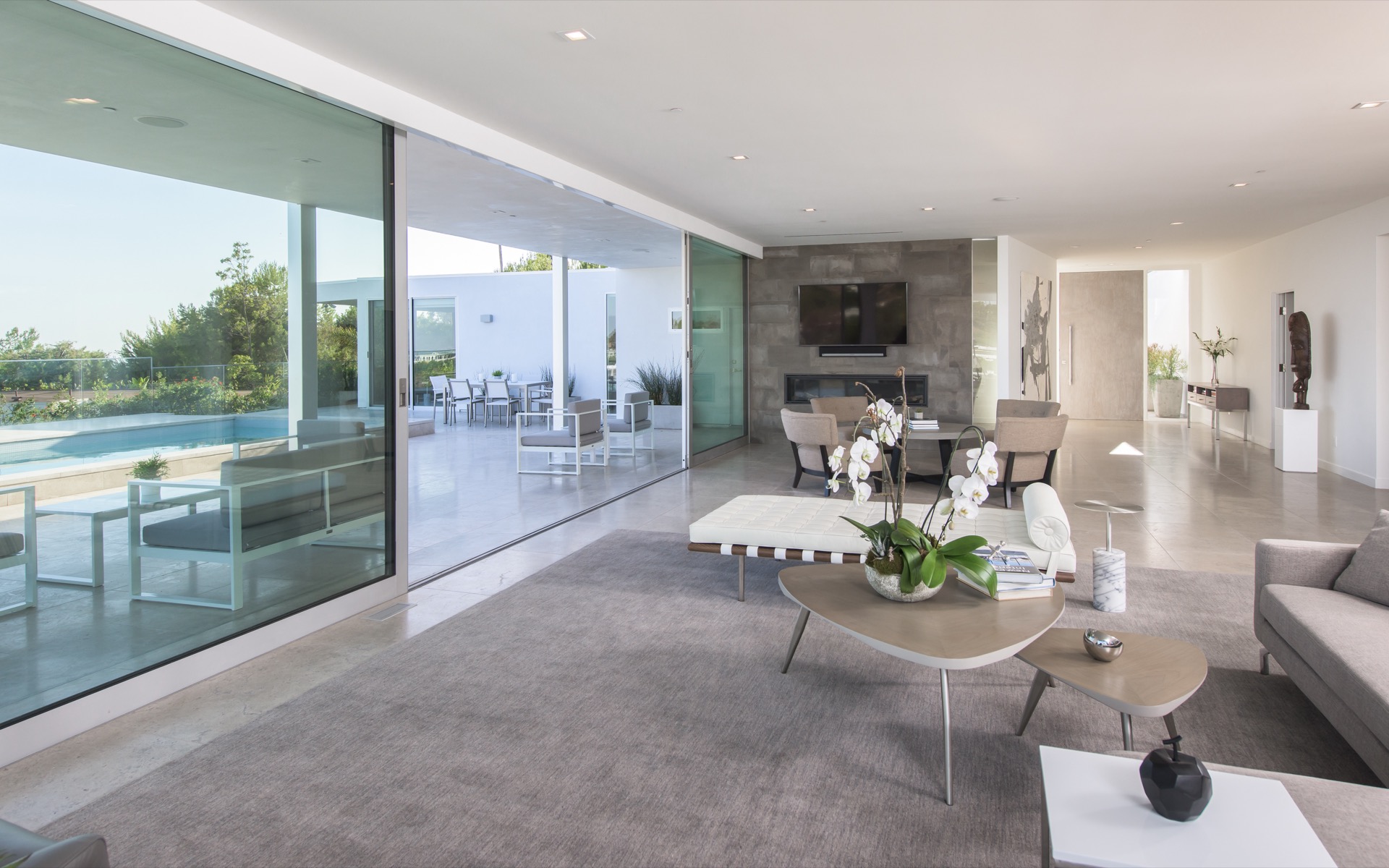 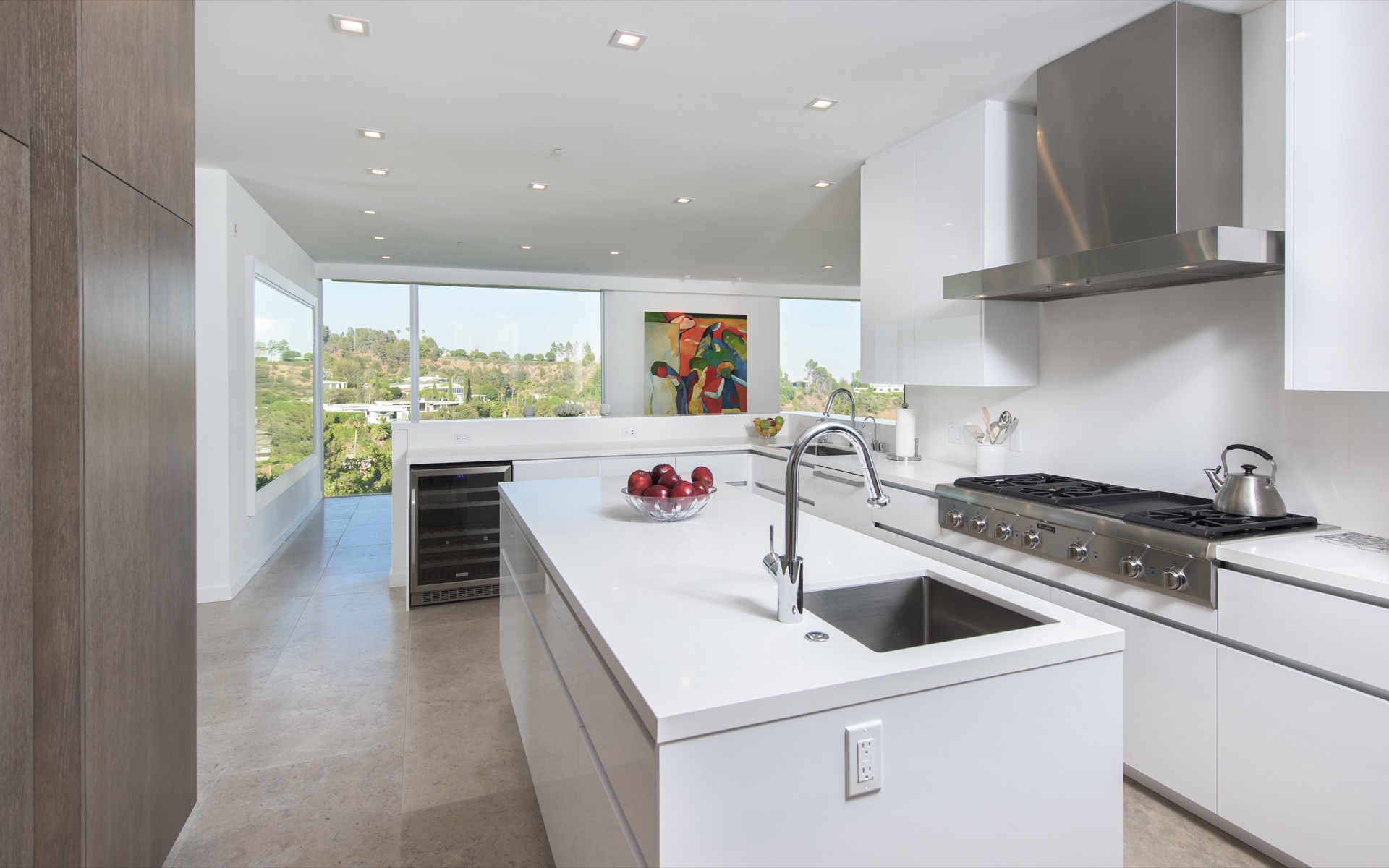 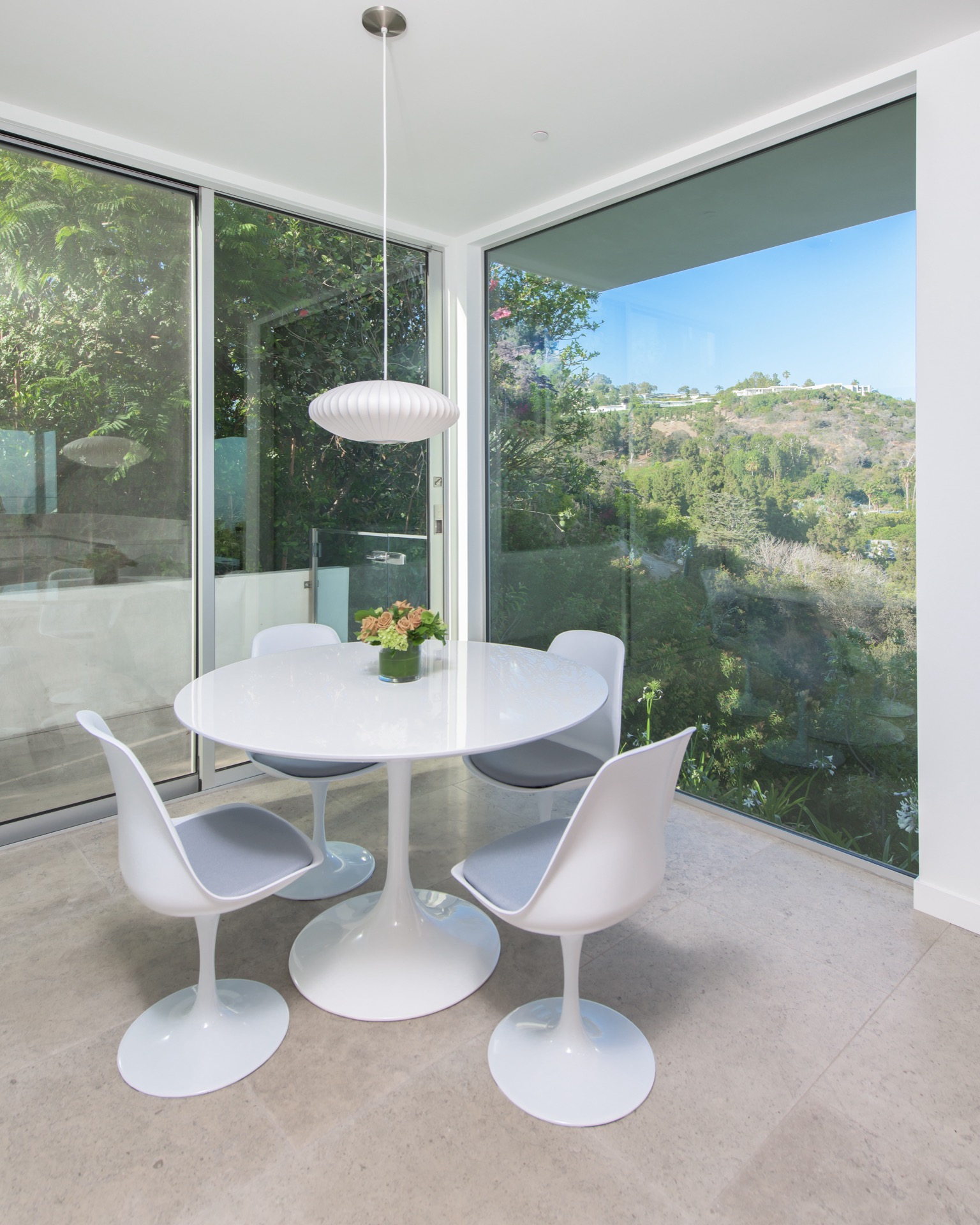 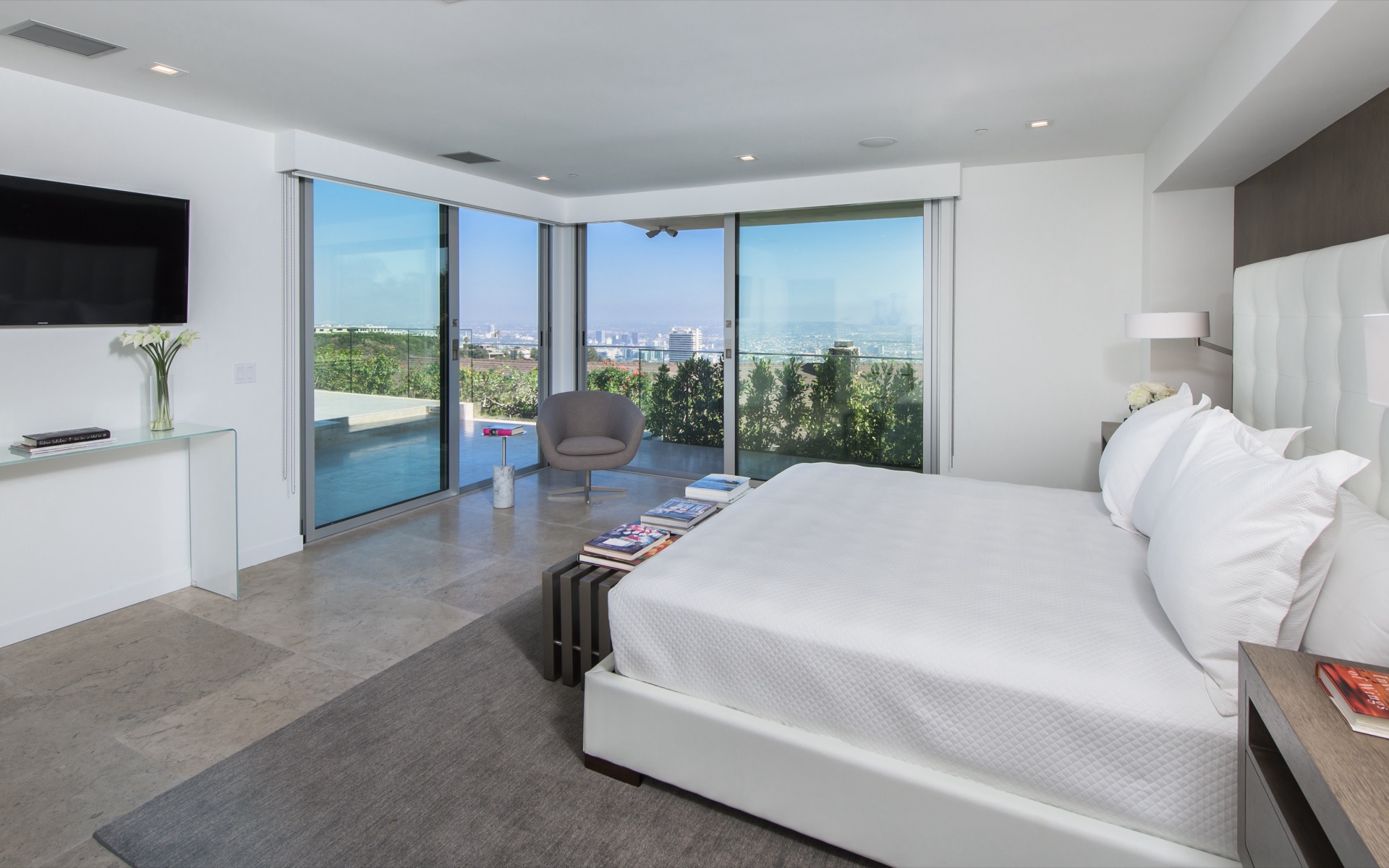 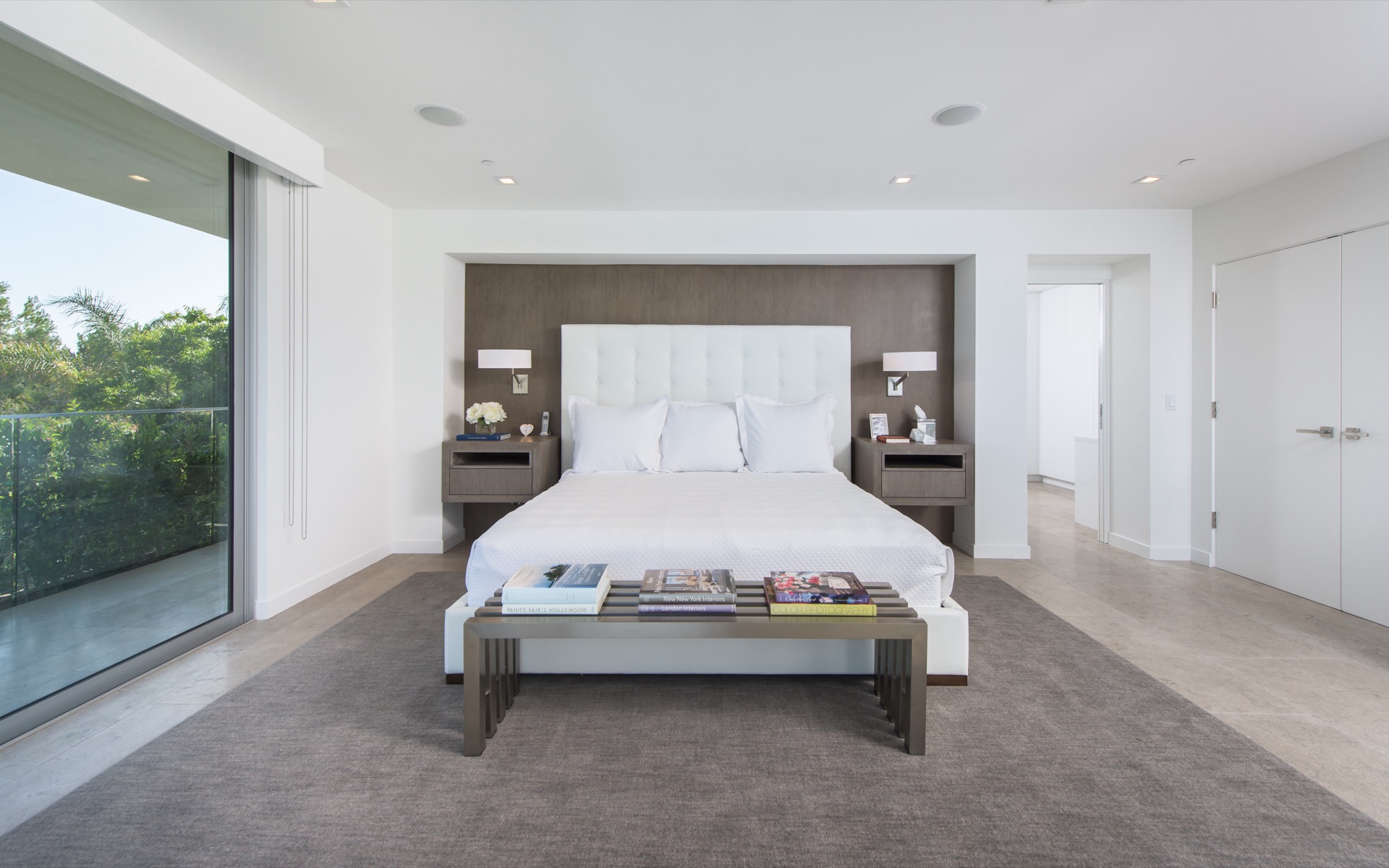 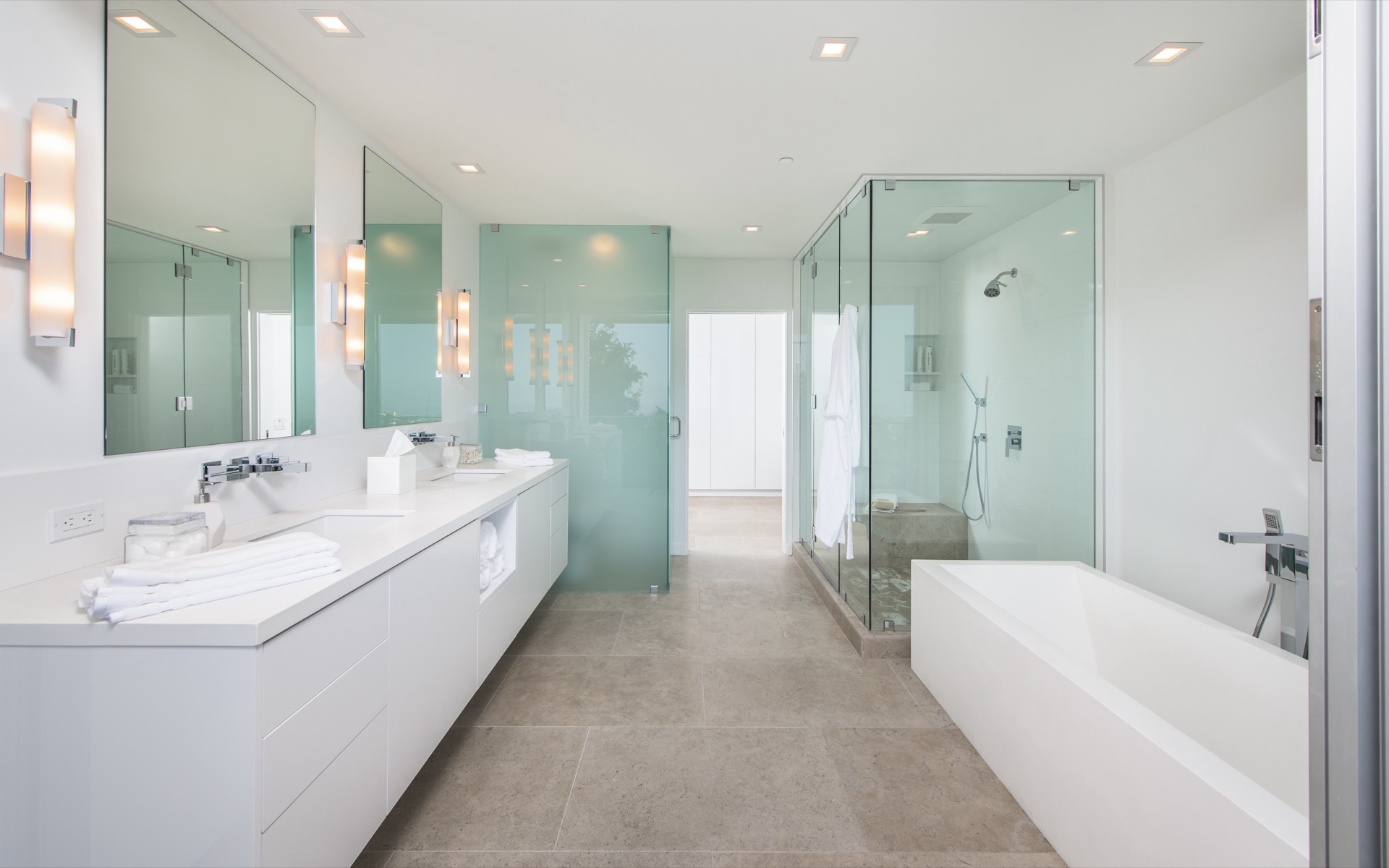 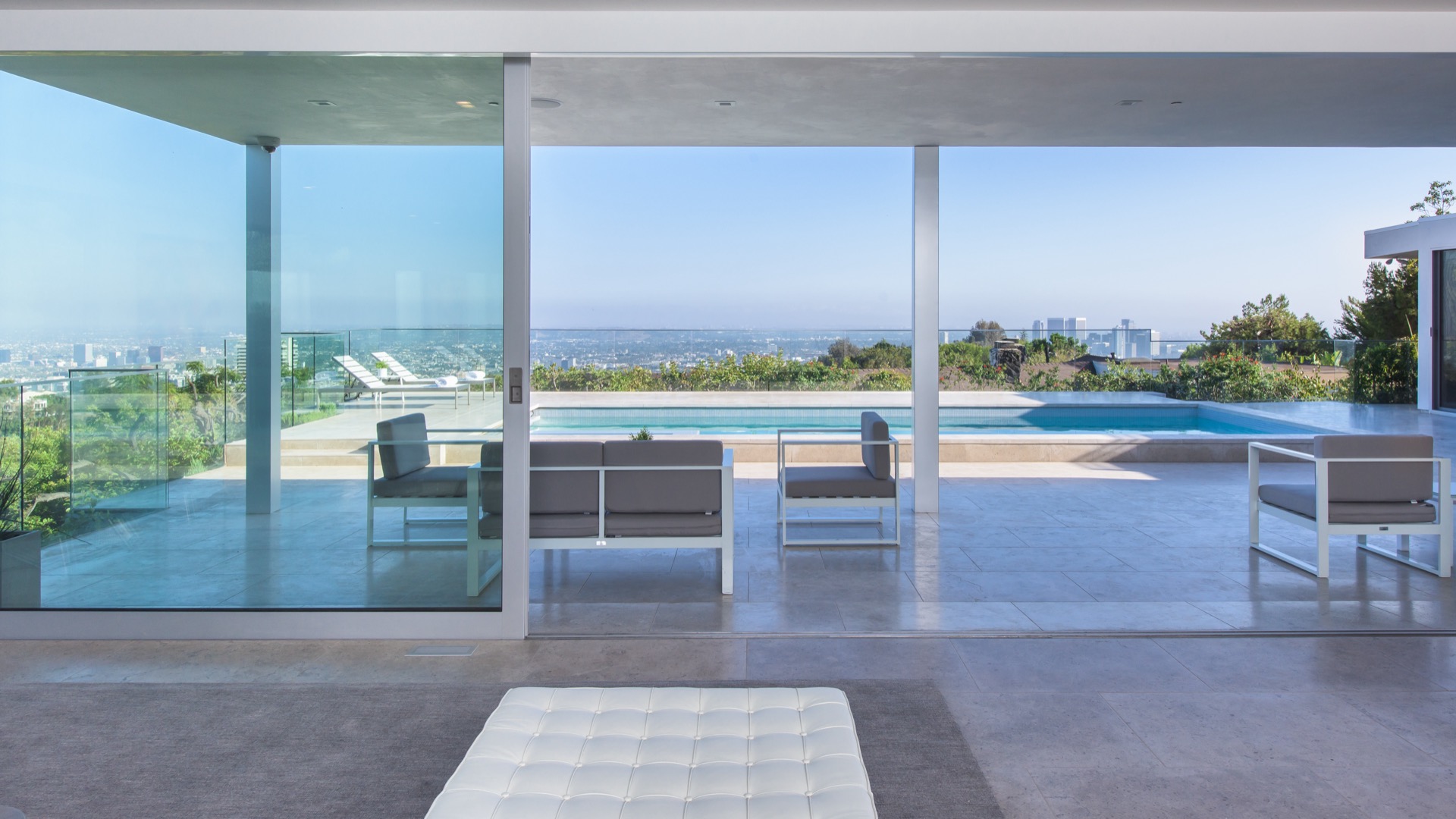 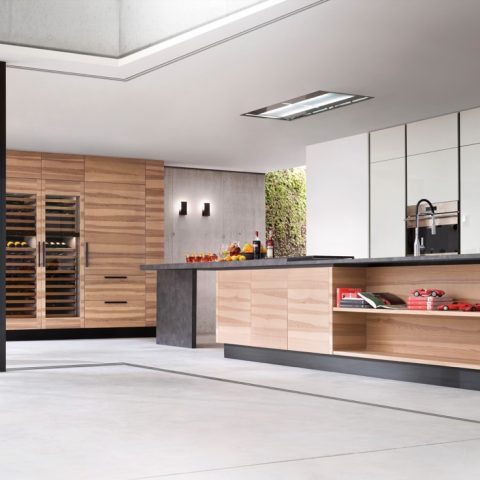 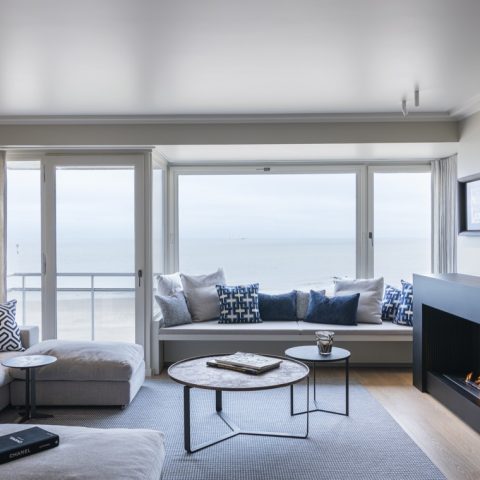 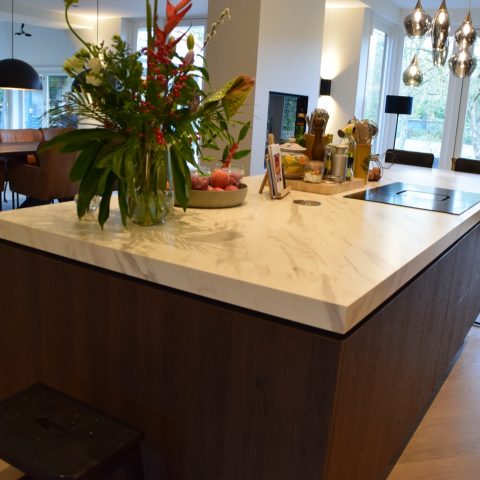 Next project by Paul Williger 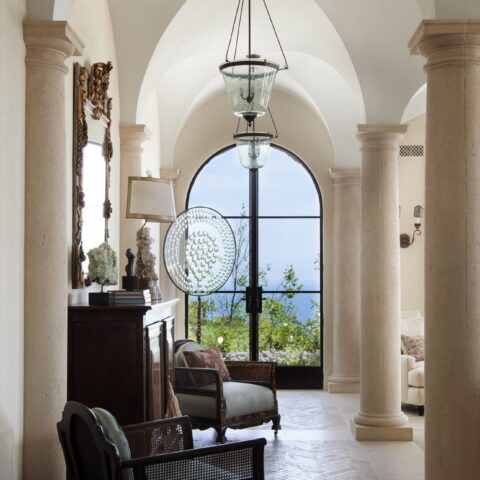