Home Blog Border is back! 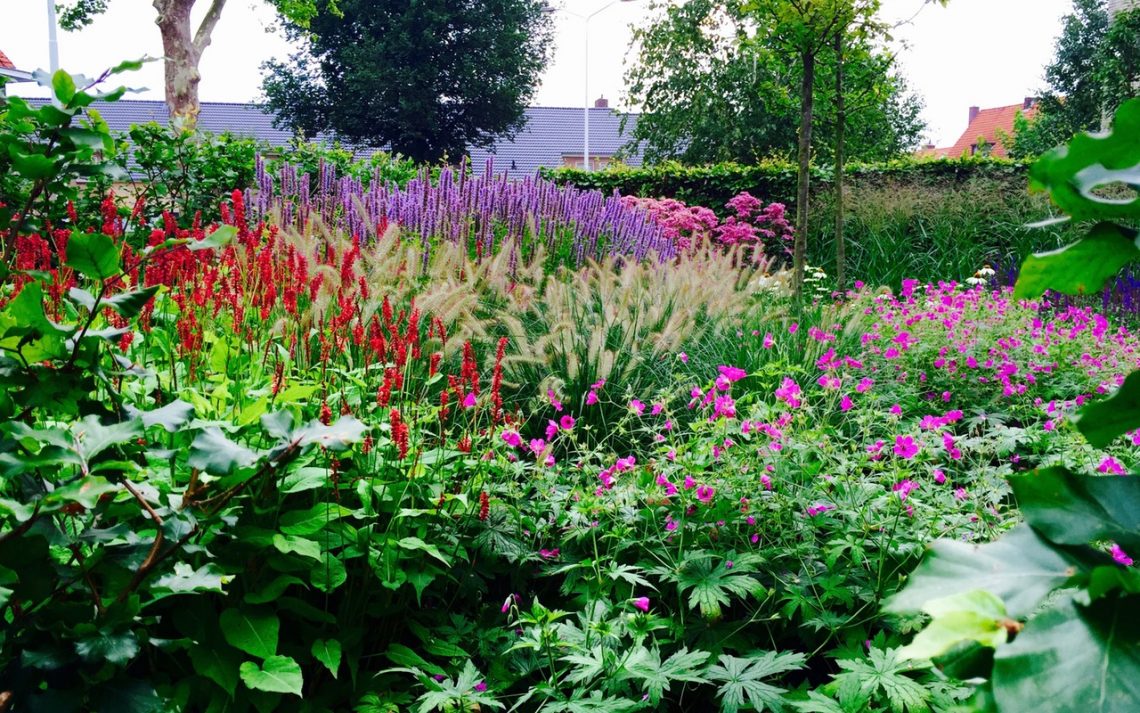 In recent years, we have seen a return of borders in gardens. Perhaps the general public is tired of the monotonous borders or it is part of the trend back to nature. Not for nothing was the promotion with the bags of seeds from supermarket AH a great success and many people have a vegetable garden!

Garden architect Gert-Jan Schouwenaar of Sparq Gardens sheds light on the return of the border. For years, supposedly sleek gardens were filled with large groups of Hydrangea 'Annabelle,' fields of lavender and strips of ornamental grasses. There is nothing wrong with that in itself - I use it myself in my designs - if it is applied properly. But all too often you came across these large groups of the same plant species.

A piece of history

At the beginning of the last century, garden designer Mien Ruys began experimenting with perennials in her test gardens. In her career, she designed many private gardens that were characterized by clear functional tessellation with loose lush plantings. Those lush plantings were often borders of perennials. These natural-looking planting beds, she said, provided a great experience of nature. And right she was! Mien Ruys is still considered one of the greatest Dutch garden architects. Her work lives on in her experimental gardens in Dedemsvaart that are open to the public seasonally.

Another well-known Dutch garden architect is Piet Oudolf. Where Ruys was influenced by architectural architects, Oudolf is a designer who designs from the plants themselves. He draws inspiration from the natural environment. World-famous are his compositions with perennials and ornamental grasses. In New York, he was allowed to design the plantings along an old railroad line: the High Line. A long linear park at elevation with very natural-looking plantings. Piet Oudolf's work can also be seen closer to home. The Paleisbrug in 's-Hertogenbosch connects the new Paleiskwartier district with the city center. This bridge has also been transformed into a park at height. Oudolf composed the planting and here again we find that magisterial combination of perennials with ornamental grasses.

The border is the garden anno now

A well-composed border with perennials and ornamental grasses is an ornament to the garden for much of the year and pleasing to the eye. Lots of maintenance? That's not so bad! If the right plants are chosen in terms of soil type and exposure to sunlight, a closed border is quickly created and thus weeds have no chance. Such combinations of perennials and ornamental grasses are so strong that nowadays you even see it in industrial parks and public green spaces. A border composed by a professional provides a floral element from May to late October. Below are some photos from our gardens showing how beautiful a border can be.