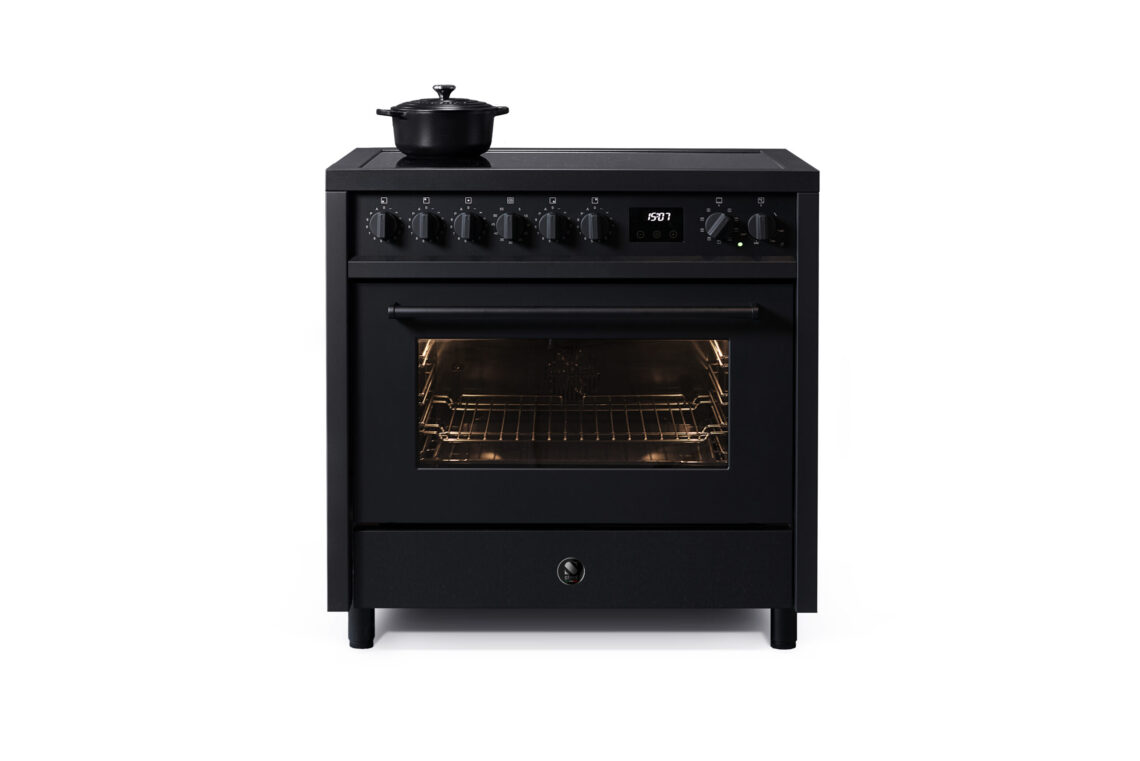 Contemporary cooking dilemma: Do we go for gas again or cook on induction from now on? Christian Borsboom, General Manager of Steel Cucine in the Benelux and proud sponsor of onslievelingsgerecht.nl sells them both, but knows how the wind blows.

Whether I know that 90% of all consumers who buy a new kitchen choose induction? And that most of them (65%) now still cook on gas? I
Didn't know it, but I don't look at it. Back when I last bought a new stove, the reputation of induction was downright dubious (slow to temperature, not hot, expensive) and, as a real guy, you also didn't want to be found dead behind one of those unlined hot plates with fiery red backlights.

But that was then and this is now: gas is on its way to oblivion, everything is becoming electric, and so it's time to clearly list the pros and cons of induction. And what to look out for if you want to choose this technique.

To start with the latter: do not choose touch controls on the cooktop! Christian Borsboom: "Gas hobs, cooktops and stoves are always equipped with control knobs, which you use to control the burner. A built-in induction cooktop usually has tip-top controls, which are

is applied under the plate.
While that is very convenient with cleaning, those keys are only imperfectly operable with greasy fingers. And when a pan boils over, or even just because of some stray splash of cooking liquid, the controls often automatically turn off.

Steel's vision: "Choose an induction cooktop that features ergonomic control knobs, as is the case on all Steel Cucine induction cooktops. Control buttons and induction technology are actually the perfect match. You have the feeling and the control, which
you were used to when cooking on gas, and the smoothness and power you have when cooking on induction. The induction zones can be set very precisely with 13 positions, the first three of which are temperature set positions (42, 70 and 94 degrees) for keeping a dish warm or cooking it at low temperatures.'

Christian Borsboom: "In addition, there are ten power-setting modes up to a maximum of 3,700 watts. Because the efficiency of the induction zones is 99% (for comparison, with a gas burner, 65%), you have incredible power for roasting, wok cooking or grilling. But simmering/steaming on the very lowest power setting is also a treat: the low power is gradually released to the pan over the entire zone, heating the entire base - and the dish - evenly. With a simmer burner on gas, you also have low power, but that gets to a point above

delivered the burner, allowing
more heat is released in that spot and stirring is required to distribute the heat.' To optimally distribute the heat anyway, Christian chooses cast-iron pans. "A good pan also conducts heat through the cheek, which makes the dish cook even better.

Advantages of cooking on an induction stove:

Disadvantages of cooking on induction:

- Glass is more prone to scratching than the cast-iron pan supports of a gas stove, so cook with a little more care.
- Only one-time and self-explanatory: sufficient groups should be available at installation (three).
- In the beginning a little less feeling when cooking because you don't see a flame.
- Purchase price is higher than that of a gas stove, but that extra cost is recouped fairly quickly when combined with solar collectors.

See all of STEEL's projects here